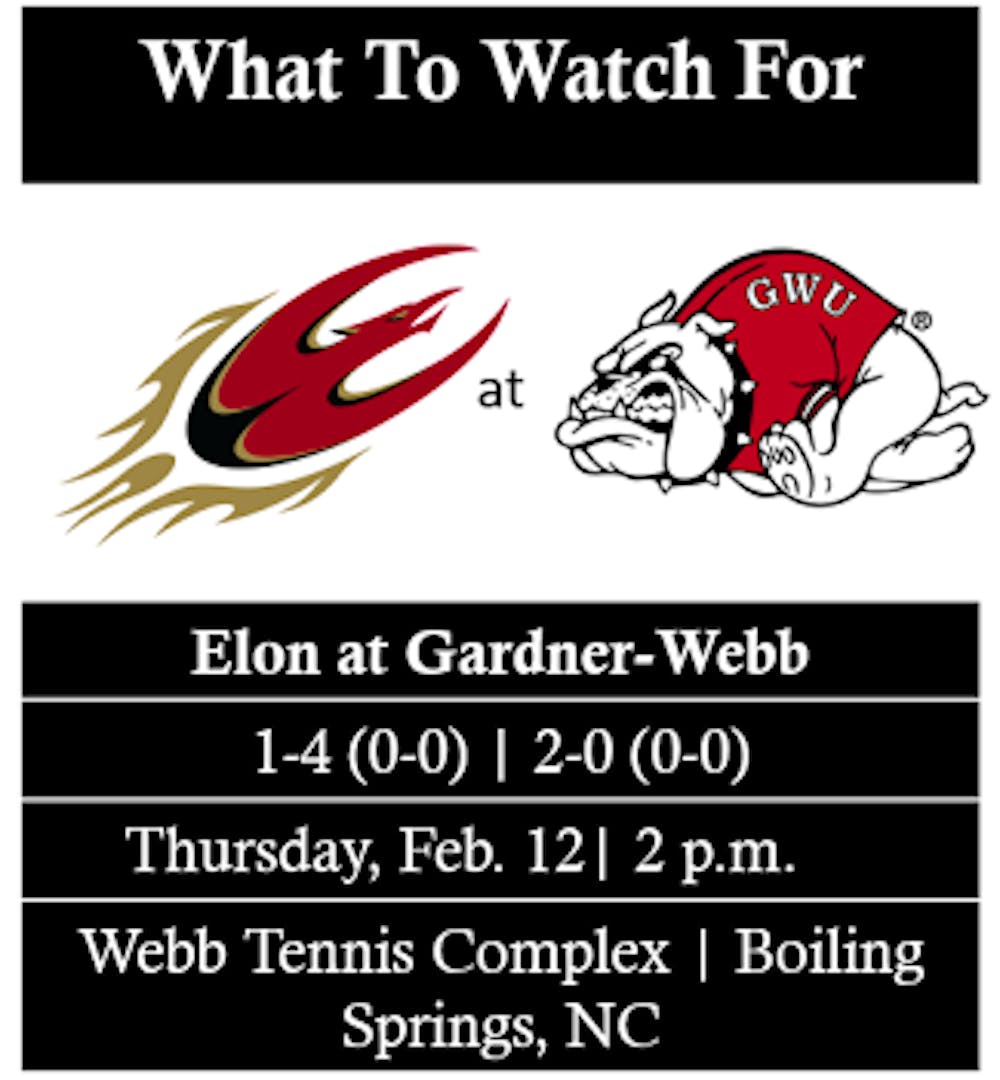 The Phoenix have lost all four contests against ranked opponents this year including their last two matches in the Intercollegiate Tennis Association (ITA) Kickoff Weekend against the University of Florida and Georgia State University.

Elon was put under pressure from the first serve as sophomores Samantha Asch and Kimmy Guerin gave the Demon Deacons the advantage early in doubles play with a commanding 6-0 win over seniors Barbora Lazarova and Maria Camara Ruiz at No. 2 doubles.

The duo of junior Kasey Gardiner and sophomore Luisa Fernandez then clinched the doubles point for Wake Forest with a 6-3 win over freshmen Olivia Lucas and Kirsten Ward at the No. 1 doubles.

Kardiner continued her strong play into singles action as she brushed aside freshman Kamilla Beisenova 6-0, 6-1 at No. 5 singles. Senior Karen Forman then wrapped up her straight sets win over Camara 6-1, 6-3 to extend Wake Forest’s lead in the match to 3-0.

Forman’s doubles partner, junor Xue Zhang clinched the win for the Demon Deacons with a 6-4, 6-1 straight sets win over Ward at No. 2 singles.

Wake Forest extended their lead even further with the outcome no longer in question. Lazarova fell in straight sets to Asch at No. 3 singles 6-2, 6-4 to make it 5-0 Demon Deacons.

The only Elon players to win a set, both fell in super tiebreakers. Lucas won the first set over Guerin, but couldn’t maintain her lead as she lost 4-6, 6-3, 1-0 at No. 1 singles. Freshman Erica Braschi also won her first set at No. 4 singles but suffered a similar fate dropping the next two to Fernandez at No. 4 singles.

With the win, Wake Forest improves to 7-2 on the year, while Elon drops to 1-4 with the loss. The Phoenix will return to action on Thursday, Feb. 12 when it travels to take on Gardner-Webb University. The match is scheduled to begin at 2:00 p.m. at the Webb Tennis Complex.