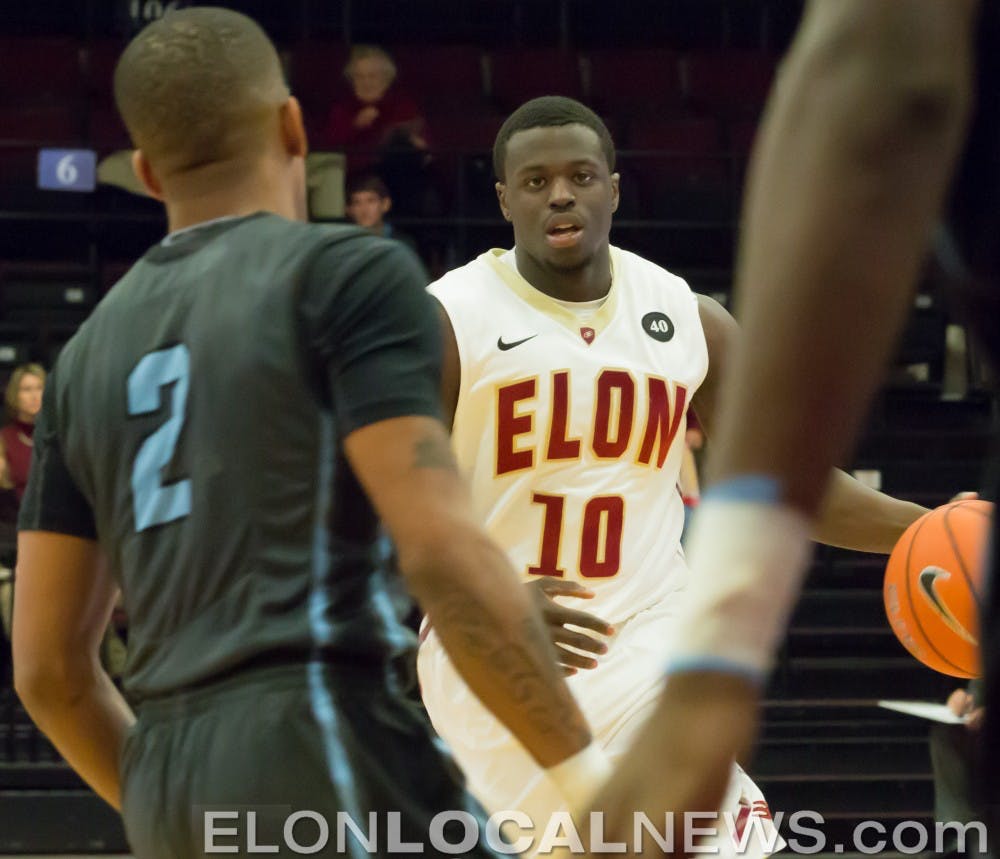 Elon's guard combo of four-time CAA Rookie of the Week Elijah Bryant and junior Tanner Samson combined to shoot just 4-of-26 from the field, including a 3-of-16 clip from beyond the three-point line as the Phoenix fell to 10-7 (2-2 CAA) on the season.

"We didn't get enough open shots," Elon head coach Matt Matheny said. We're making mistakes, but [Thursday against William and Mary] we made shots and it kind of covers it up a little bit. Tonight, we didn't, and now our mistakes are really, really exposed.

Hofstra frustrated Elon early and often, going on a 16-4 run midway through the first half and never looking back as the Pride improved to a perfect 4-0 in conference play.

The lull in the Phoenix's game incensed Matheny, who threw off his suit jacket and broke his whiteboard in part of a performance that was much more entertaining than Elon's play on the floor.

According to Matheny he did so in an attempt to pump some energy into his team.

"I was displeased with the way our guys responded to Hofstra's aggressive play," he said. "I was really disappointed in that, more than anything."

Elon couldn't seem to buy a shot in the first half, hitting just 1-of-11 from three-point range and 31 percent overall before the break.

Hofstra exposed Elon's defense, draining 14-of-32 from beyond the arc, many of which came on uncontested looks. It marks the most three-pointers that the Phoenix has given up this season.

Elon trailed 39-25 at the half, but chipped away at the deficit, eventually bringing the score within seven with just under 11 minutes to go. But the Phoenix got no closer as Hofstra rallied off on a 16-6 run to put the game out of reach.

"Our effort was really good in the second half, but Hofstra is a good team and it's hard to come back against a good team, particularly when they shoot the ball as well as they did," Matheny said. "We've been making some mistakes defensively in a few of our games, but we made up for it because we shot the ball well. Tonight we didn't shoot it well, and the mistakes we made defensively were exposed."

Forward Ameen Tanksley scored a game-high 25 points for Hofstra, and guard Brian Bernardi added 17 on 5-of-9 shooting from three-point range in the win.

Elon will close out its three-game home stand on Wednesday night when it hosts College of Charleston at 7 p.m.