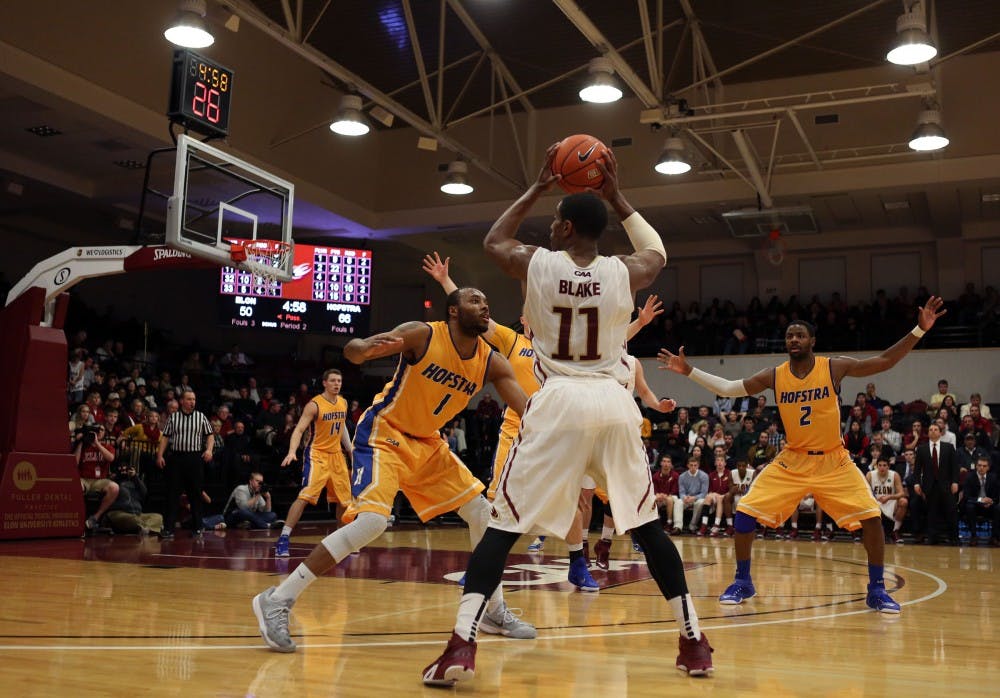 HARRISONBURG, Va. -- Down by 10 with five minutes to go, the Elon University Men's Basketball Team went on a run, pulling the game as close one point, and creating an opportunity to send the game into overtime as the clock expired.

But it was not meant to be as Phoenix guard Austin Hamilton's shot caught only air as the buzzer sounded and James Madison hung on to score a 75-72 win at JMU Convocation Center on Saturday night.

In the seconds before the final shot, Elon was helped by a heady play by freshman Dmitri Thompson, who saw an opportunity to steal the ball instead of foul, snatching it away, quickly calling a timeout and giving the Phoenix one final possession with 8.2 seconds to go.

The original play coming out of the timeout was called for sharpshooting guard Tanner Samson with freshman Elijah Bryant as the second option, but both were covered leaving the final chance to Hamilton.

It was as much of the night had gone for the Phoenix, as James Madison played a zone defense that stymied Elon throughout the contest. Elon shot 38.6 percent (22-of-57) from the field, including a 1-of-7 performance from up-and-down freshman Elijah Bryant.

The Dukes, on the other hand, had no trouble scoring, netting 50 percent (25-of-50) of their shots, led by a 6-of-7 performance from forward Yohanny Dalembert.