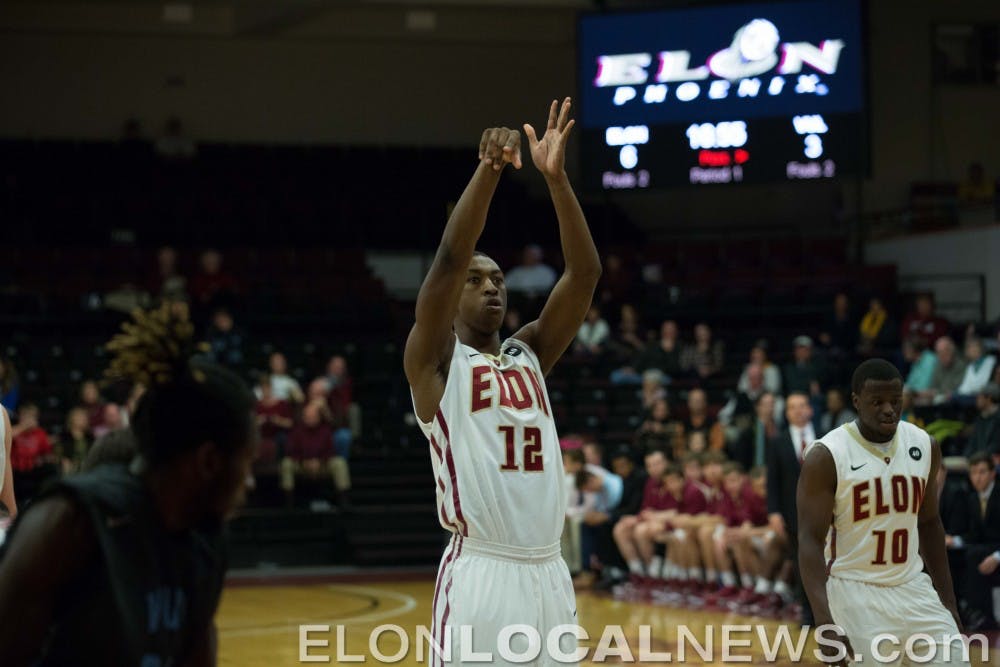 The Elon University Men's Basketball Team saw its four-game win streak come to an immediate close as Towson jumped ahead early and held off a furious Phoenix comeback to leave SECU Arena with a 57-53 win on Monday, Jan. 5.

The Phoenix struggled shooting the ball throughout the night, making just 35 percent of its shots, including a mere 3-of-16 (18 percent) from three-point range.

Still, Elon managed to erase an 18-point deficit and even take a two point lead midway through the second half, but it couldn't hold on.

Four-time CAA Rookie of the Week Elijah Bryant and junior guard Tanner Samson both couldn't find a roll as the pair shot a combined 7-of-28 (25 percent) and 2-of-13 (15 percent) from downtown.

A bright spot for the Phoenix was forward Ryan Winters, who scored 10 points on 5-of-9 shooting and grabbed six rebounds before fouling out late in the second half.

Elon looks to rebound on Thursday, January 8 when it hosts William and Mary at 8 p.m.