Elon pulls out win over Northeastern in overtime thriller 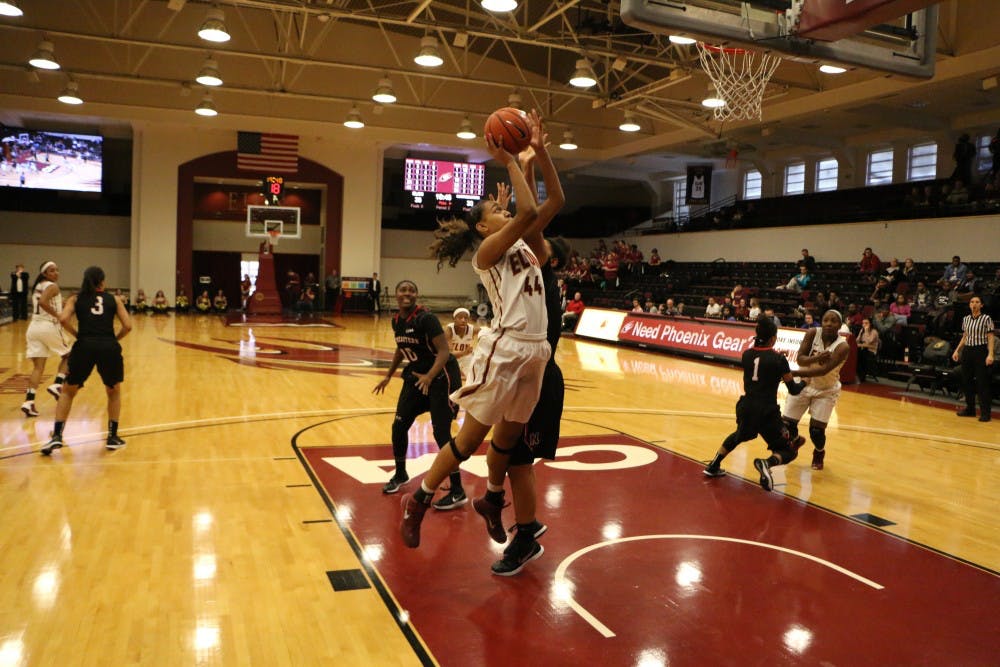 It was a roller coaster of a game for the Elon Women's Basketball team, as it needed overtime to overcome a strong second half from Northeastern to escape Alumni Gym with a 80-77 win on Sunday afternoon.

The two teams were tied at 68 points after regulation, but four points from Shay Burnett and two Zora Stephenson three-pointers put the Phoenix in the lead. Lauren Brown stole the ball on a Northeastern inbound in the game's waning seconds to seal the win for the Phoenix.

To start the second half, Elon continued its strong play, upping its lead to as much as 18 points, but Huskies just wouldn't go away. Northeastern went on a 21-6 run en route to eventually forcing overtime.

"I think an experience that we need to have is when we gain leads, being able to maintain them, and we have not been able to do that," said Elon head coach Charlotte Smith.

Burnett set a new career-high with 21 points on seven field goals, three triples and seven rebounds. Stephenson scored 13 points, including her two threes in overtime, followed by Brown with 11 points.