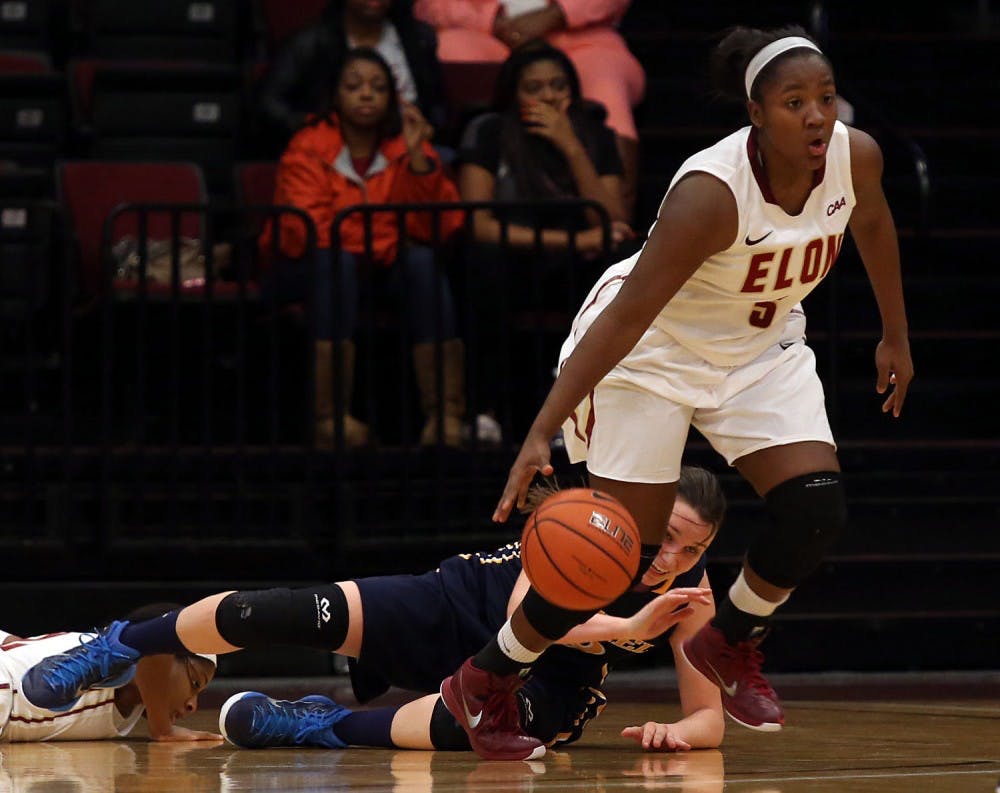 After the Elon University Women's Basketball scored a solid win at Delaware on Sunday in its Colonial Athletic Association opener, the team fell short Tuesday, Jan. 6 in its home conference debut against the Drexel University Dragons with a 57-47 loss at Alumni Gym.

The Phoenix women trailed the entire game, not taking the lead once and shooting 19-of-49 (38.8 percent) from the field and 4-of-19 from behind the arc. The team also struggled to control the ball all night with 25 turnovers. A bright spot for Elon was that it outrebounded Drexel 42-28.

After starting off slow in the first half - shooting only 8-of-24 from the field - the Phoenix picked it up and came back strong in the second half, leading with a three-pointer from senior guard Zora Stephenson to close the score gap by 6 points and improving its field goal percentage to 44 percent. Still, the Dragons - who trounced Northeastern in their CAA opener on Sunday - maintained the advantage and improved to 2-0 in conference play.

Stephenson was the leading scorer with 12 points, shooting 4-of-8 from three-point range. Freshman Shay Burnett was a close second, scoring 11 points and nabbing six rebounds, and Essence Baucom put up 8 points on 4-of-5 shooting, in addition to five assists.

The team - which had a difficult non-conference schedule at the start of the season, losing to North Carolina and N.C. State - will look to regain its footing on Friday, Jan. 9, as it takes on William & Mary in Williamsburg, Virginia. The Tribe has gone 0-2 so far in conference play.