Elon bounces back from second-half deficit to defeat Charleston 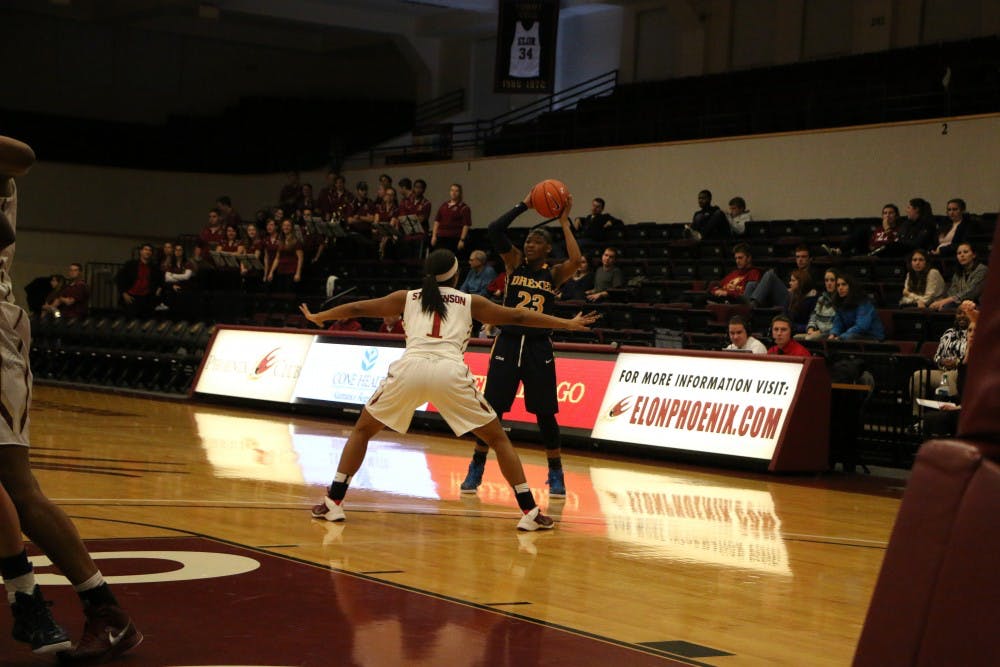 Elon, N.C. - On Sunday, the Elon Women's Basketball team pulled out a 77-68 victory over CAA conference foe, College of Charleston. With the victory, Elon improves to 10-5 overall, 3-1 in conference play.

The Phoenix started off strong, led by senior Zora Stephenson's 18 first-half points, to head into the halftime break with a 38-24 lead.

The College of Charleston Cougars were flat on offense in the first half, with several long streaks where the team failed to score any points, scoring on just 32.4% of their first-half possessions.

In the second half the roles were seemingly reversed with Charleston quickly racking up the points to tie up the game at 47 with 10:01 to play, and take the lead with 9:49 to play. Elon and Charleston would trade the lead back and forth several times until there was 6:34 left to play when Elon would take back the lead for the remainder of the game.

While Elon was never down by more than two points, the Cougars outscored the Phoenix by five points in the second half. Elon Coach Charlotte Smith said "for whatever reason we continue to come out flat in the second half, and we have to find a way to fix that... there's only so much as coaches that we can do from the sidelines".

Stephenson ended the game with 27 of Elon's 77 points. Today's game represents her season record for points scored in a single game.

Coming off of a stretch of four games in eight days, the Phoenix will have a few days of rest before taking on its next CAA match-up against James Madison on Thursday night at 7pm in Alumni Gym. James Madison is currently one of just two undefeated teams in the CAA, standing at 4-0 in conference play, 13-2 overall.