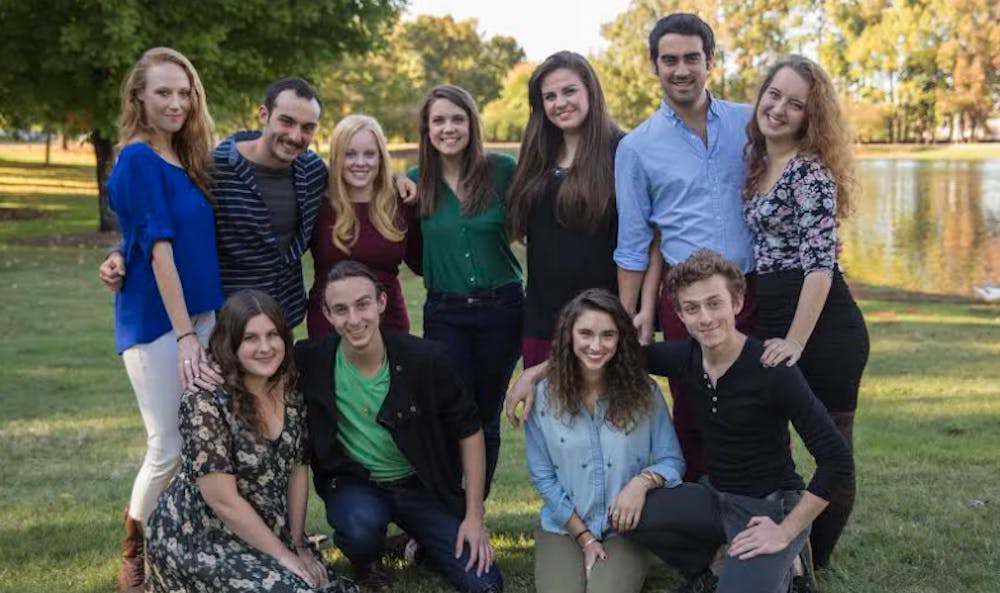 Investing in the future can be expensive, and for the BFA Acting Class of 2015, casting directors and agents are not cheap.

Elon's BFA Acting Class of 2015 hosted their Senior Showcase this weekend in the Black Box Theatre. They used this performance to bring casting directors and acting agents to Elon in the spring.

"Those connections in this industry are everything," said senior acting major, Anna Weis. "That's how you get work - people knowing your name."

The showcase was free, but donations were welcomed.

They also sold baked goods at the event to raise money, but their Indiegogo crowdfunding website was the source of most of their fundraising.

They decided to make their fundraising website a little more personal, and created a film to introduce themselves to their donors.

"I wanted our video for sure to be high quality, to have a hook in the beginning," said senior acting major, Sam Jones. "I wanted it to show you what we can do - before you help us."

Jones and Weis came up with the idea and wrote the script. They then partnered with junior cinema major Eric Hernandez to put this idea to the screen.

The seniors have raised almost half of their $8,000 goal, and they hope to get even more before the spring.

And while they are working on their fundraising goals, they are also working on sharpening their skills before graduating in May.

"We've been working on finding monologues and scenes that fit our type," Weis said. "Things that we could actually play in the real world, and now we are ready to get an audience's reactions."

Jones said they are going to let their Indiegogo run its course, and that if they need to raise more money, they will look for new methods.