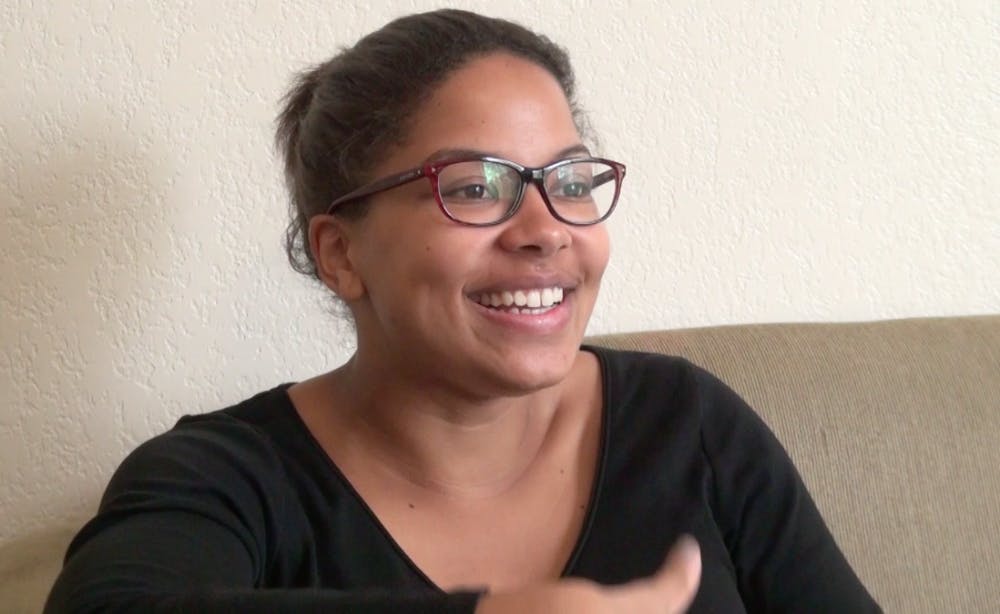 Parents and loved ones visited Elon from all over the country this weekend; but one student spent Family Weekend an ocean across from hers.

Junior Lena Caliari is originally from France, and she's currently pursuing a degree in international business. She's enrolled in Elon's four-year dual-degree program, which allows her first two years of study to be in France, and the final two years to be here in the states.

Caliari has known for years that she wanted to come to the United States for college.

"I came here maybe six or seven years ago and I really liked it," Caliari said. "I also really wanted to learn English and discover something else that's not France and not Europe. I just wanted to go, go away."

After only a month at Elon, Caliari has already noticed some major differences.

"I feel like people here are really here to help you - you have the writing center and the tutoring center," Caliari said. "The relationship with your teacher is so different. In France, the teacher is just there to lecture you and then he goes away and that's it. Having my teacher's phone number is something completely incredible for me."

Not only is the classroom environment different, but Caliari is also starting to pick up on different social norms.

"In France, when you hug someone, it's someone really, really close. Here, it's to say 'Hi' to someone. I'm still getting used to it, but at first it was really weird," Caliari said. "[And] people that just leave to go to the bathroom and come back. That's like the weirdest thing for me because in France you just don't do that."

Despite missing friends and family, Caliari says her transition to Elon has been a smooth one.

"We've been here for a month and it went by so fast. They keep us busy so I don't feel homesick," Caliari said. "I was so scared I was going to cry and call my mom. I've Skyped my parents twice since I've been here. Transition's been great."

Caliari reminds us to not take things that Elon offers for granted.

"I liked everything like the official things. We had the convocation, the Elon honor code," Caliari said. "For you it's like 'Ugh, I have to go.' But for me it's like 'Wow this is so huge, this is so cool, I'm in America!"