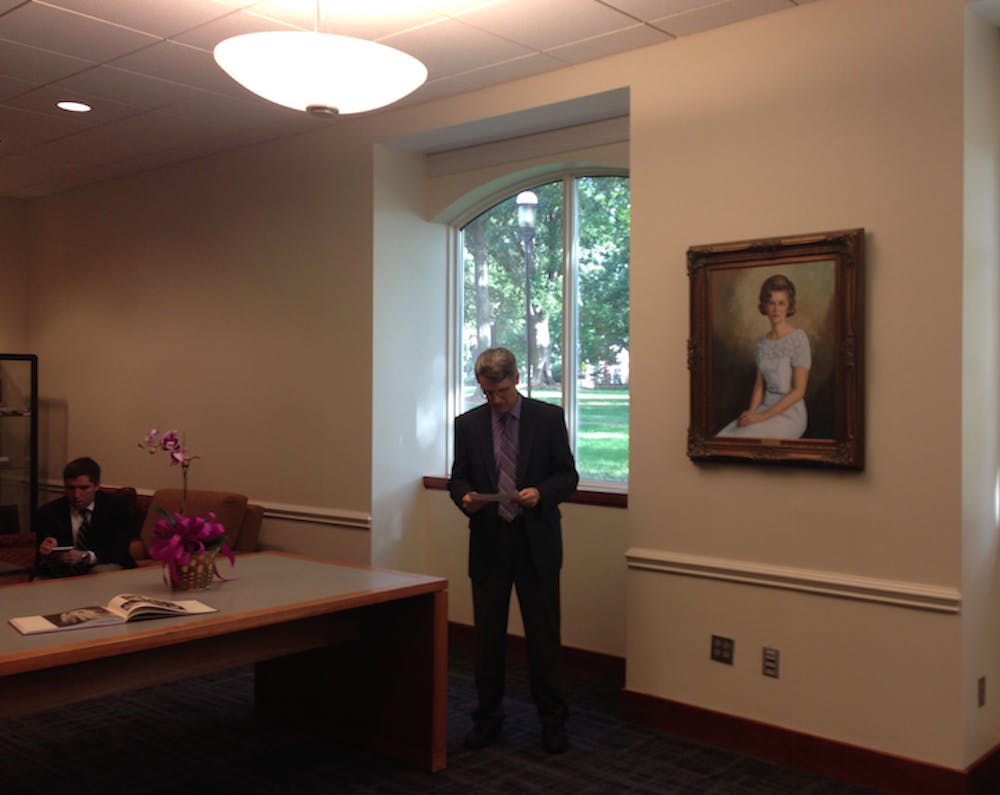 A memorial was held today at 4 p.m. in the Oak Grove Lounge of Belk Library in honor of the building's namesake, Carol Grotnes Belk, who passed away Monday, August 25th, just days before her 87th birthday.

"The Belk family and the Belk foundation is known throughout the southeast for their generous philanthropy and support of education," Rev. Harter said. "Upon awarding the Belk family the University Award, the highest honor bestowed by the UNC board of Governors, it was noted there's a building on every campus in North Carolina with the Belk name on it."

Though Rev. Harter said family and friends described Belk as "modest and quiet" her impact on high education was loud and clear: Belk and her husband, Ike Belk, made donations to more than 30 colleges across North and South Carolina.

Elon's library was named after Belk when she and her husband donated $1 million towards the new library, which was dedicated to her on May 5, 1999.

"I think Mrs. Belk and her entire family have had such a history of philanthropy and generosity, particularly to colleges and universities in North Carolina," Dean and university librarian Joan Ruelle said. "When you look at the list of buildings and facilities that are named after her specifically, but everyone in the Belk family, it's a pretty impressive list and speaks to their dedication to education in North Carolina."