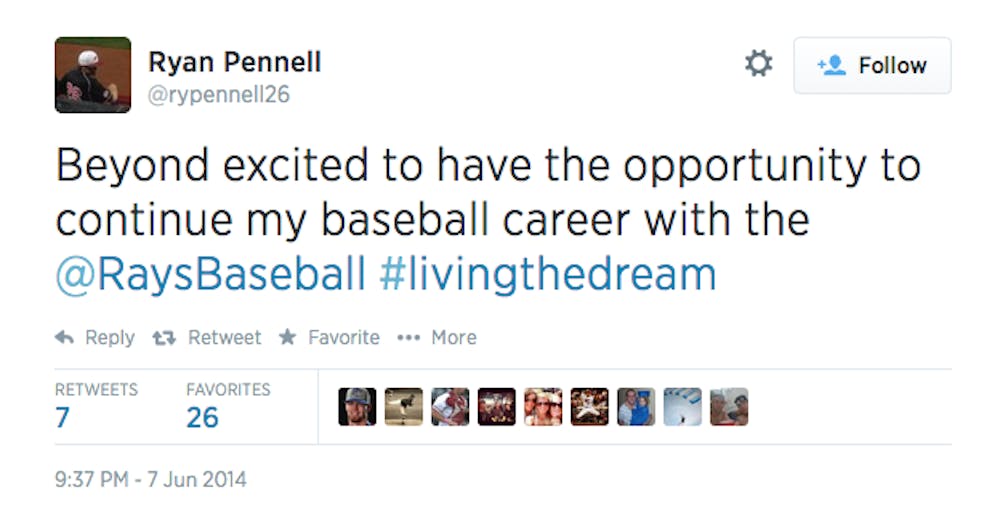 Elon left-handed pitcher Ryan Pennell was selected by the Tampa Bay Rays yesterday in the 22nd round of the Major League Baseball first-year player draft.

Pennell, who just completed his senior season at Elon, finished the year with a 1-2 record, a 3.52 earned run average and 32 strikeouts in 30 2/3 innings out of the bullpen. Last season he also racked up 12 saves, the second-most in a single season ever for an Elon pitcher.

Pennell finished his four-year career in a Phoenix uniform with an overall record of 5-6 and an ERA of 5.58 while appearing in 64 games of relief.

As the 667th overall selection, Pennell is the highest selected Elon pitcher since Jimmy Reyes was selected 226th overall by the Texas Rangers in 2010.

Pennell's selection makes 2014 the eighth straight year that at least one Elon player has been selected in the MLB Draft.