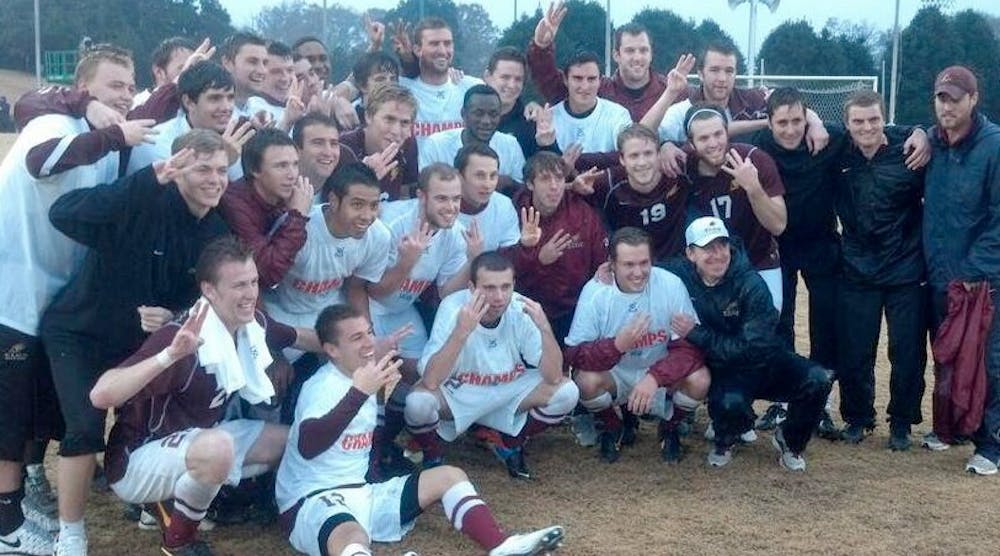 This season the Elon University men's soccer team will play five teams that competed in the 2013 NCAA Tournament, according to the schedule released by Elon on Tuesday.

After winning three consecutive Southern Conference titles, the 2014 season will mark the squad's first year in the Colonial Athletic Association and its first season under new head coach Chris Little.

In the upcoming season, the Phoenix will face Coastal Carolina and Loyola Marymount as well as CAA opponents Delaware, Drexel and William & Mary. These five opponents made their way to the NCAA tournament last year.

Elon will open the year in Durham at the John Rennie/Nike Classic, where the men's soccer team will play Stetson University on Aug. 29 and Loyola Marymount on Aug 31. The Phoenix will travel to Wilmington the following weekend for the UNC Wilmington Classic and will face off against Winthrop on Sept. 5 and Ohio State on Sept. 7.

Elon has the first of its eight home games at Rudd Field on Sept. 10 against Florida International and will be on the road at Hofstra for its first CAA action on Oct. 4.

Key nonconference games on Elon's schedule include contests against West Virginia and Coastal Carolina. The Phoenix will host the Mountaineers on Sept. 14 at Rudd field. The last time the two teams played in 2012, Elon defeated the then 18-ranked Mountaineers 3-2.

Following an away game at Radford, Elon travels to Conway, S.C. to take on Coastal Carolina on Sept. 26. Coastal Carolina has qualified for the past four NCAA Tournaments, and the last time it met Elon in 2013, the Phoenix defeated the then 6-ranked Chanticleers 2-1, tying the program's highest win ever against a ranked opponent.

Next year, Elon looks to continue its successful run, but will have to do it without 2013 SoCon Player of the year Daniel Lovitz, who was drafted by Toronto F.C. in January, and four-time SoCon Coach of the Year Darren Powell, who left for a job with the MLS's Orlando City Soccer Club in April.