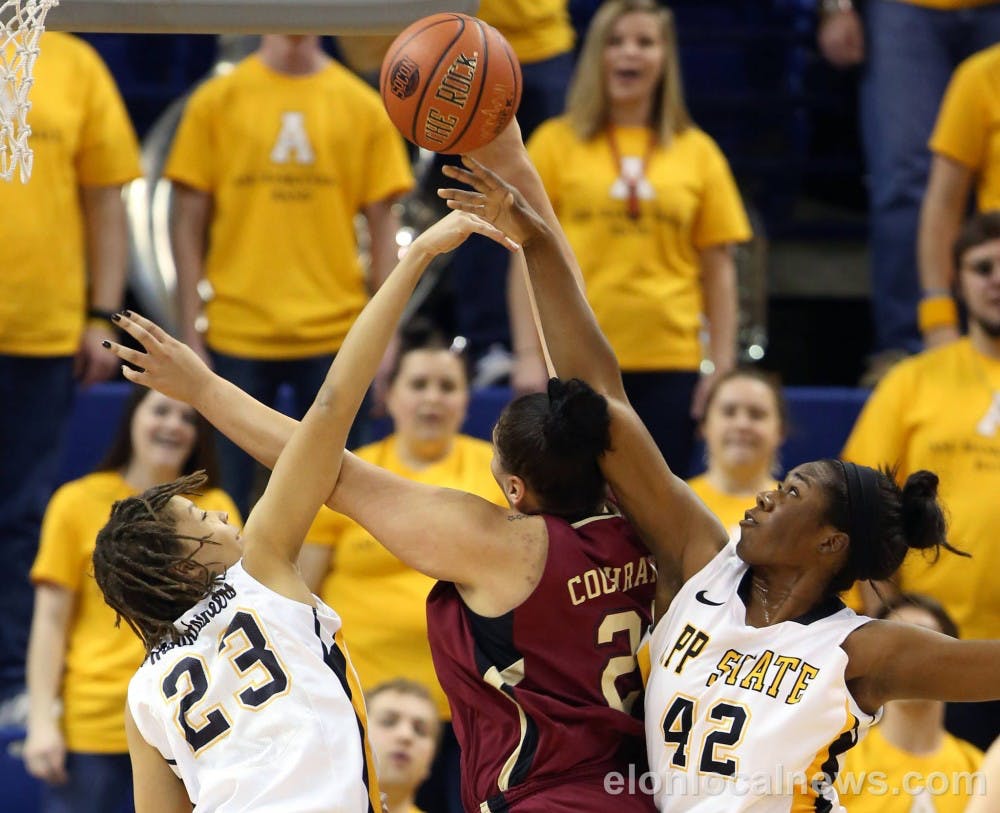 ASHEVILLE, N.C. -- A technical foul late in the second half by Elon's Jessica Farmer allowed Appalachian State to climb back in the game, but the Phoenix held off the Mountaineers for a 59-56 victory in the quarterfinals of the Southern Conference tournament.

This was the third meeting between the two schools this season; they split the regular season series as both held their home court.

With the win, Elon (15-15) advances to the semi-finals where they will face #1 seed Chattanooga (27-3) on Sunday at 12 p.m. for a chance to play in the SoCon Championship on Monday.

"I am excited about the great win today against a great team," said Elon head coach Charlotte Smith. "I felt like we did a great job of coming out and focusing on our defensive plan."

Elon dominated App St. on the glass 45-30, which was a big emphasis for the Phoenix entering the game.

"The two contests that we played prior to today, they had twenty-plus offense rebounds," said Smith. "We held them to eight offensive rebounds today."

Elon will have their hands full tomorrow afternoon against Chattanooga. The Phoenix lost to the Mocs by double digits in both of the regular season meetings.

"We are going to do the same thing that we do for every team," said Senior guard Kelsey Harris. "We know that we have a big task ahead of us, just stay focused on what we need to do and accomplishing that goal."