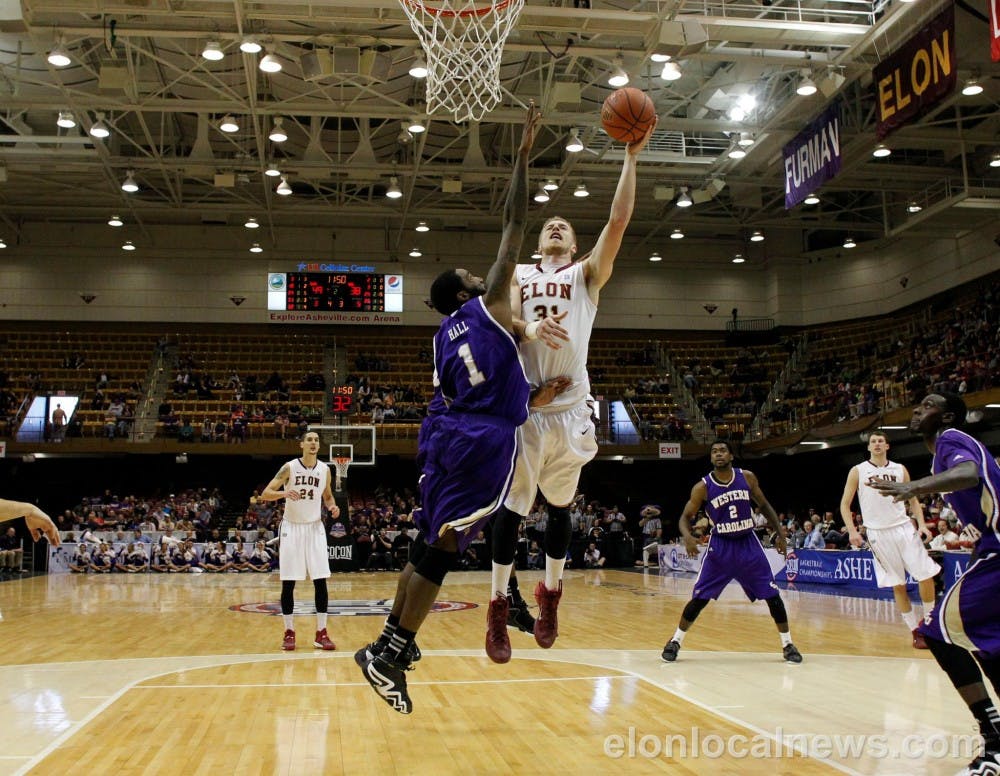 ASHEVILLE, N.C.-- Down by two to Western Carolina with 6.6 seconds left, Elon senior guard Jack Isenbarger was in a familiar situation. The ball was in his hands with a chance to win. If the shot dropped, it would keep the season alive for the Phoenix.

But unlike the miracle shots that fell to cap off a ferocious comeback against Davidson and bury Georgia Southern earlier this season, the ball didn't go in, allowing the Catamounts to escape U.S. Cellular Center with a 66-64 win and advance into the Southern Conference tournament semi-finals.

With the win, Western Carolina moves on to play Davidson on Sunday at 6 p.m. for a chance to play in the Southern Conference final on Monday night.

For a team that came into the season projected to win the SoCon and make the NCAA Tournament for the first time in program history, it was all over in the blink of an eye. The game, the season, and for Elon's senior class, their careers.

"It is really disappointing and it's tough to handle," Isenbarger said. " With so much talent, specifically with this senior class and when you have a chance to play in the NCAA tournament; I think we'll always look back and be a little sour, especially because we had a chance to win it."

This season also marks the first time in Elon Head Basketball Coach Matt Matheny's tenure that the Phoenix failed to win a game in the SoCon Tournament.

After leading by as much as 12 with less than 15 minutes to go in the game, the Phoenix saw its lead slowly but surely slip away on a combination of clutch shots by Western Carolina and sloppy play by Elon, including six minute stretch where the team only scored one field goal.

"Coming into this game we knew it would be a 40 minute war and proved to be a 40 minute war," Matheny said. "[Western Carolina] got some big buckets on some loose-ball kick outs, but we fought to the last second, had a great look, and unfortunately for us, it didn't fall."

With first team all-SoCon center Lucas Troutman sidelined for much of the game due to foul trouble the Phoenix were in trouble down low. Despite the efforts of Elon senior forward Ryley Beaumont, who finished with 16 points, eight rebounds and three steals, Western Carolina big Tawaski King, who finished with17 points on 7-8 shooting and pulled in 10 rebounds, proved to be too much to handle without Troutman on the floor.

"They got quite a few offensive rebounds," Matheny said. "The number that jumps off the page is 18 offensive rebounds and they converted those into kick out threes which completely changed the momentum of the game."

Guard Brandon Boggs led Western Carolina with 18 points and guard James Sinclair added 12 points and 8 rebounds for the Catamounts while Isenbarger scored 10 for the Phoenix in the losing effort.

The loss effectively ends the season for Elon, unless it is extended an invite to a postseason tournament, which at this point seems unlikely.

"We're down right now," Matheny said about his team. "It's just the finality of conference tournament play; It's like a dagger in the heart."