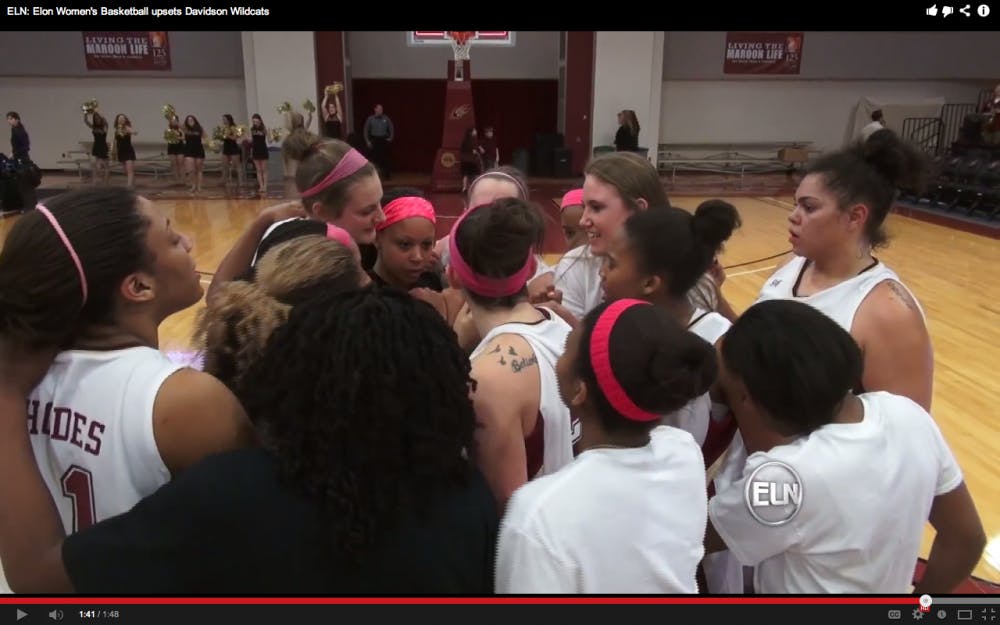 ELON, N.C. - Days after Elon men's basketball saw an exciting finish in Alumni Gym, the women's team had some late game heroics of their own. Elon hosted Davidson Monday night and, with 10 seconds left in the game, Davidson missed two lay-ups under the basket and Elon held on to win 66-63.

The Wildcats entered the game ranked 2nd in the Southern Conference and it showed early in the game. Davidson shot 50 percent from the field in the first half and went into the half up 35-22.

However, the game was a tale of two halves.

Elon came out of the half firing on all cylinders. The Phoenix shot 5 for 8 from three-point range in the second half.

"I felt like we came out in the second half with a lot of momentum and defensive intensity," said Charlotte Smith, Elon head coach. "I think that sparked the offense."

Zora Stephenson led Elon with 19 points on the game and was proud of her team's effort down the stretch.

"In the beginning of the season, we were having a lot of close games but we were coming up on the short end," said Stephenson. "It shows our team that we can win in late game time situations and it gives us a lot of experience."

With the win, Elon improves to 6-5 in the Southern Conference and 5-1 in conference home games. Road games have plagued the Phoenix.

"We have a tough schedule ahead of us with a lot of games on the road," said Smith. "We have got to find a way to take this show on the road."