After six months, unemployment insurance may return to NC 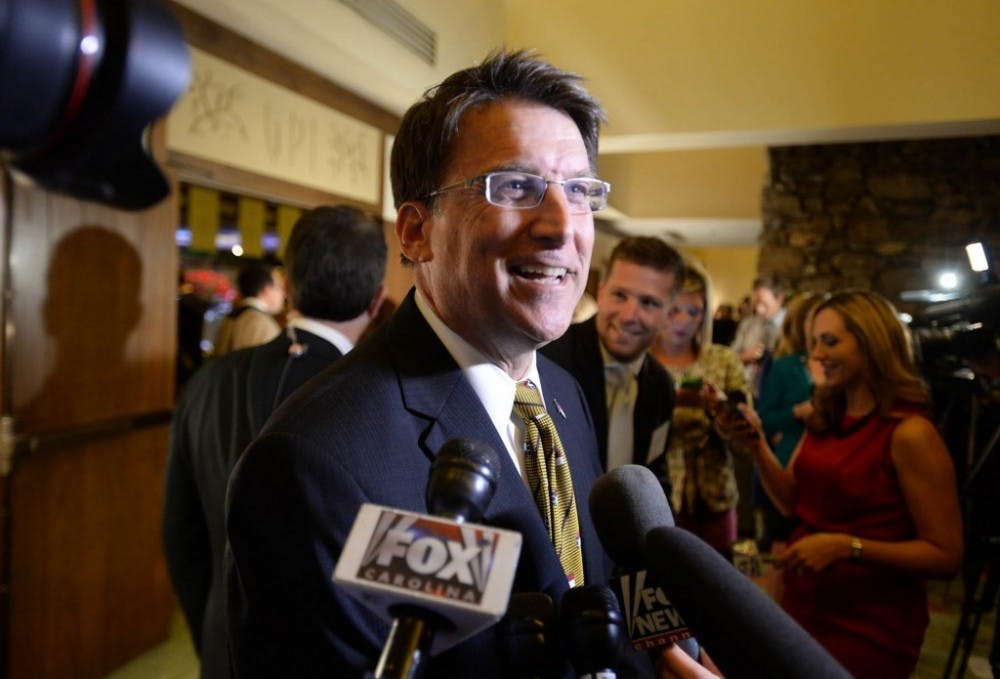 If the Senate's bill passes, it would be up to Governor Pat McCrory whether North Carolina gets its unemployment insurance extended as well. Gov. McCrory has not said what his decision would be. Photo courtesy of MCT Campus.

The United State Senate’s top priority for January has been the extension of expired federal unemployment insurance – a reality in North Carolina for nearly six months.

Federal unemployment insurance ran out at the end of 2013, and the Senate is currently working on legislation to extend those benefits until March. But in North Carolina, the state’s General Assembly reduced unemployment insurance payments from a maximum of $500 to $350 each week. The bill also trimmed the length of time someone could receive unemployment benefits from 26 weeks to 12-20 weeks.

Whether North Carolina gets that emergency unemployment insurance is up to Gov. Pat McCrory, who has declined to say what he would do if the Senate’s bill passes.

“There’s been less money coming in for people to spend,” Tiemann said. “Money coming from the outside helps not only when people spend for themselves, but that spending creates jobs.”

Tiemann explained by saying that when a person uses an outside dollar to buy groceries, for example, that grocer then has that dollar to spend, so it has more effect in the economy than just one dollar.

“People on unemployment insurance don’t save any of it,”  Tiemann said. “It has a very high multiplier effect.”

Kim Crawford, executive director of Allied Churches, a homeless shelter and resource center in Burlington, said a loss of unemployment insurance usually does not mean that someone immediately goes to the shelter.

Betsy Strauss, program manager at Alamance County’s Women’s Resource Center, said the loss of unemployment insurance puts a strain on the women she sees because they are often the sole worker in their household.

“They become homeless, or they manage to get into a shelter, or they are going from friend to friend or relative to relative,” Strauss said.

Crawford said many in Allied Church’s shelters have jobs, but they are usually in the service industry, which are minimum wage and part-time, which Crawford said is not enough to live on.

“The unemployment benefits can help you stay where you are. It can help you at least maintain a living,” Crawford said.

The impact of losing unemployment insurance is particularly difficult to those Strauss works with because many were already underemployed to begin with. The Women’s Resource Center works with women in the area to get additional job training, but Strauss said a good percentage of her clients have at most a GED.

“To have actually finished high school within the traditional four years, we don’t see too many of those people,” Strauss said.

Tiemann addressed the theory that a loss of unemployment insurance would further encourage individuals to find work because they would need a paycheck even more.

“If there’s no jobs to be had, it doesn’t make any difference,” Tiemann said.

“If the economy starts to grow and people aren’t looking for work, then it won’t grow back as quickly as it otherwise could,”  Tiemann said.

Crawford said many people she sees at Allied Churches are part of that group of “discouraged workers” because jobs are not available.

The alternative is a commute that can be difficult without transportation.

“It’s not uncommon for people who are living in the shelters to be walking four to six miles, one-way, to get to work for a part-time job that pays $9 an hour,” Crawford said.

“There is no bus service in Burlington, other than the Elon bus,” Strauss said. “And if they’re living in Graham or one of the outlying communities, unless they are within walking distance of a place of employment, they’re up the creek without a paddle.”

Strauss added that moving can be an expensive process, considering security deposits and additional rent required for a current home.

According to the Congressional Budget Office, the United States is currently in the longest period of sustained high unemployment since the Great Depression. Tiemann summarized the solution to the problem in one word: spend.

“If your credit card is running out and your kitchen’s empty and you’re starving, you go out and buy food and don’t worry about the card’s debt,” Tiemann said. “It’s more important to get employment pumping. It’s a silly time to balance the budget.”