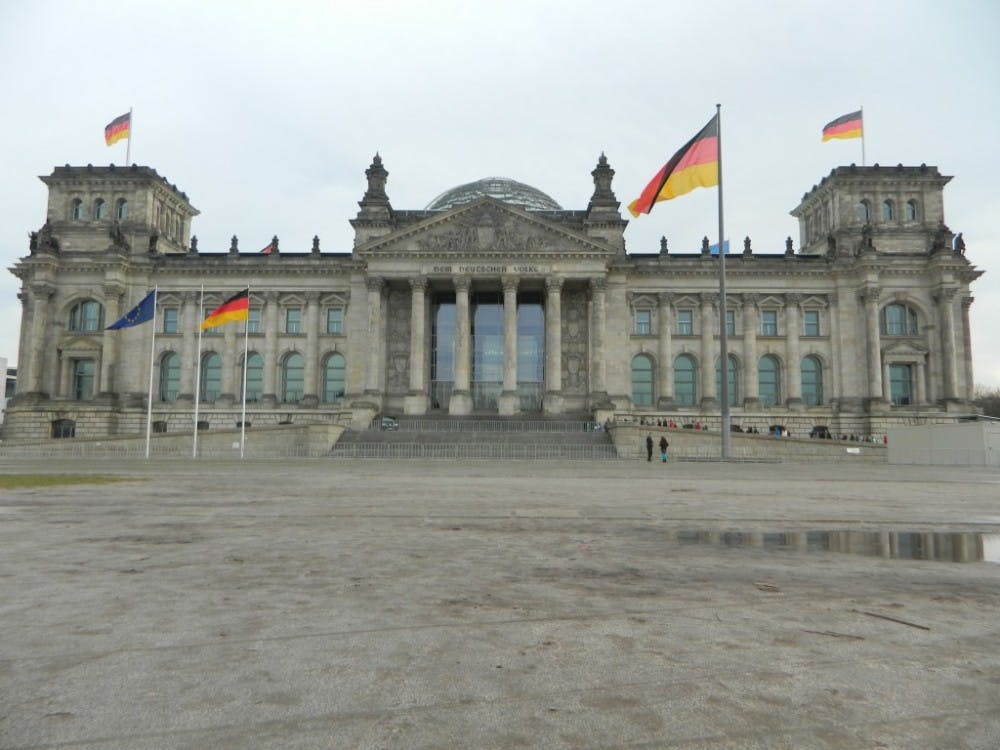 Germany is one of the countries that will be most effected by the expected immigration. Photo by Christian Seitz, International Correspondent

BERLIN — On Jan. 1, 2014, citizens of Romania and Bulgaria were allowed to freely move, live and work in the major economic powers of Europe, including the United Kindom, France and Germany. This passage brought about mixed reactions from citizens living in the affected nations.

Romania and Bulgaria joined the European Union (EU) in 2007, but some EU members signed a clause keeping tight restrictions on immigrants from the two countries for seven years. The aim was to keep impoverished   Bulgarians and Romanians out of wealthier economies for as long as possible. The limitation expired earlier this month.

Joel Dombrower, a bartender in Berlin, has mixed feelings about the issue. He said that people should have the chance to move elsewhere if it will bring them a better life.

“There’s nothing wrong with that,” he said.

On the other hand, he is worried that many poor immigrants will move to Germany and will be “taking advantage of the system.” The system he refers to is Germany’s welfare state, specifically their strong unemployment benefits, which he says only requires that one register with the proper authorities to start rolling in the money.

“It’s a bit frustrating, knowing that they’re opening up the borders just for people to take advantage of it,” Dombower said.

Germany does not have a minimum wage for the majority of jobs. Dombrower said he is nervous the Romanians and Bulgarians who find jobs in Germany will work for lower than wages, undercutting the hourly wage of other service positions such as his.

Another reason for Germans to be nervous is that the immigrants will work for less money, therefore, employers will be more likely to hire immigrants, rather than Germans who want slightly higher pay.

“It will be harder for people to find jobs,” Dombrower said.

“The people who are there can move here and have a better life, but they can also use the social system here for their advantage,” Lucke said.

Not all EU citizens are as concerned about the influx as native Berliners.

Ronan Mechel, a French telecom engineer currently living in Berlin, said now is the right time to let Romanian and Bulgarian citizens freely move throughout the robust European economies. He said it is the right move, since it will help those countries’ economies, which will then strengthen the continent as a whole.

“This is positive for all of  Europe,” he said, “You cannot generalize.

Meechel is at odds with those who believe it will only be lower-class citizens who will immigrate to the wealthier European countries.

Mechel and Dombrower have differing opinions about the cultural impacts of the immigrants.

Dombrower said that some current Romanian and Bulgarian immigrants refuse to integrate into the local culture.

“There are plenty of people who have lived here for a long time, for their whole lives, who don’t even try to learn the language,” he said. “They don’t know one word of the language.”

But Mechel said that Romanian is linguistically similar to Italian and French and said that Romanians should have no trouble assimilating into those countries. He also said that since Bulgarian is a language very different than most, the country has a very strong foreign language education system, and many Bulgarians are multilingual.

Mechel points to French carmaker Renault’s lucrative 1999 takeover of Romanian carmaker Dacia. Renault is now making more money off their Dacia brand than their own, suprising many  analysts and proving Romania has plenty of skilled and intelligent workers just waiting to contribute to Europe’s economy.

In spite of his reservations, Dombrower said he hesitantly agrees with Mechel that this was the right move for Germany.

“It has to pull through,” said Dombrower.  “Germany should continue on the path it’s taking, helping the world with its economic crisis.

Thinking about the possibilities of the young Romanian and Bulgarian economies, Mechel agreed.“If they grow, everybody grows” he said.