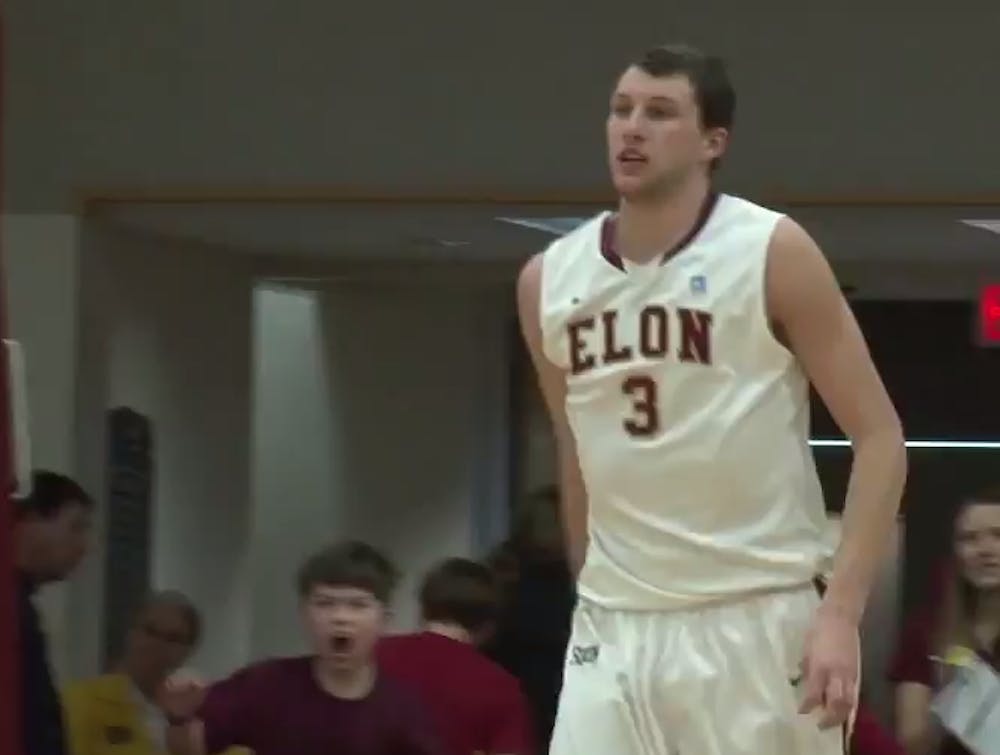 After sticking with the same starting lineup for the first 21 games, a reenergized Elon University Men's Basketball team switched it up for the first time all season and left Alumni Gym with a 74-60 victory over Western Carolina on Thursday, Jan. 30.

The change featured a move to the starting lineup for senior guard Jack Isenbarger, who had been coming off the bench since a pre-season injury, and junior guard Kevin Blake, who made his fourth career start. The duo replaced junior Austin Hamilton and sophomore Tanner Samson in the Phoenix backcourt.

The two made an immediate impact as both Blake and Isenbarger scored double-digit points for the Phoenix.

"What I am excited about in the lineup change is not only did we get a little bit of a spark from Jack and Kevin, but I really like how Austin and Tanner responded," Elon Men's Basketball Coach Matt Matheny said. "I thought Austin came in and was playing on his toes and really attacked. I thought Tanner came in ready to go tonight, and he hit big shots."

It was more than the lineup change that helped the Phoenix avenge the 74-62 loss it suffered at Western Carolina on Jan. 4.

"We attacked. That's something we haven't done the past couple of games," Elon senior forward Lucas Troutman said. "We came out aggressive tonight. We hit them in the mouth the way they did us [on Jan. 4], and I think that was the turning point."

Elon's aggressive play on both ends of the floor pushed Western Carolina back on its heels. The Phoenix jumped out to 10-2 run in the game's opening minutes and managed to extend the lead to 18 at one point in the first half before going into the break up 35-20.

The Catamounts managed to make a short-lived comeback attempt, pulling within three with 6:31 to go, but Elon responded with an 8-0 run that put the game out of reach for good.

In addition to Blake and Isenbarger Elon placed three others in double-figures. Troutman paced the Phoenix with 17 points while Samson and senior guard Sebastian Koch had 15 and 13 respectively.

Up next, the Phoenix will head to Boone, N.C. to face Appalachian State on Saturday, Feb, 1 at 2 p.m.