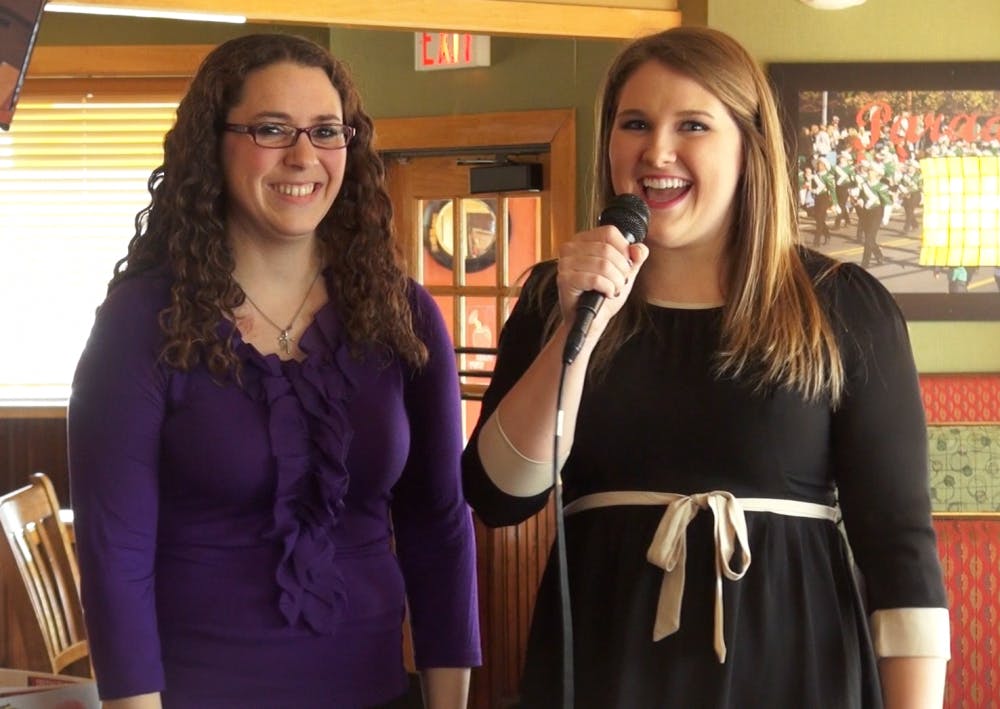 Linnea Bethany Coon (pictured, left) will pursue her dreams of being a singer on NBC's "The Voice".

"It's one of those things that you dream about but you just are like, 'No, that kind of stuff just doesn't happen to everyday people like me.'" Coon said.

That's what Coon thought before she sent in her application to be a contestant on NBC's "The Voice." When her best friend insisted she audition, Coon thought it was just a joke. After her friend threatened to sign up for her, Coon took the initiative and applied.

Even after her application was accepted and she found out she would be advancing to the next audition, Coon still thought it might be too good to be true.

A sixth grade teacher at Woodlawn Middle School, Coon said she doesn't have a lot of spare money to pay for the trip. After singing at many of their karaoke nights, Coon reached out to the Applebee's on Garden Road to help her raise funds.

Applebee's agreed to host a pancake breakfast on Jan. 25 for to raise money for Coon. The event was held from 7-10 a.m., before regular working hours. At $7 per person, Coon was able to raise $1,200.

As friends, family and even some strangers continued to enter through the door, Coon said she couldn't believe all of these people were there just to support her.

"It's just been an amazing feeling to feel like you are supported by your community," Coon said.

As a teacher, Coon said she was worried about the reactions her peers, her students and their parents might have had to her news. However, she said the parents have been more encouraging than she could have imagined.

When she broke the excitement to her students, they first thought she had a new love in her life. After she explained she would be traveling to Nashville, Tenn. for the next audition for "The Voice," Coon said her students went crazy.

"They were so excited. They said, 'You always tell us to follow our dreams and now you get to follow yours,'" she said.

Although music is what brings joy to Coon's life, it also serves a higher purpose: easing her anxiety and giving her the courage to push herself. Coon says she deals with social anxiety but has found music to be her best form of therapy.

"I know I can overcome this and that I have a community that's behind me and that I have friends and family that love me no matter and it's just taking this step and just going for it," Coon said.

As far as preparation and nerves go, Coon plays it cool. She said she doesn't want to be over prepared and will choose her two a cappella songs on her way to Nashville.

Her audition was this Saturday, Feb. 1 and she did not receive a call back for the next round. However, Coon remains positive and says she is thankful for this experience. After an exhilarating weekend in Nashville, Coon posts on her Facebook page that she is content with her life in Burlington and can't wait to return to her students.