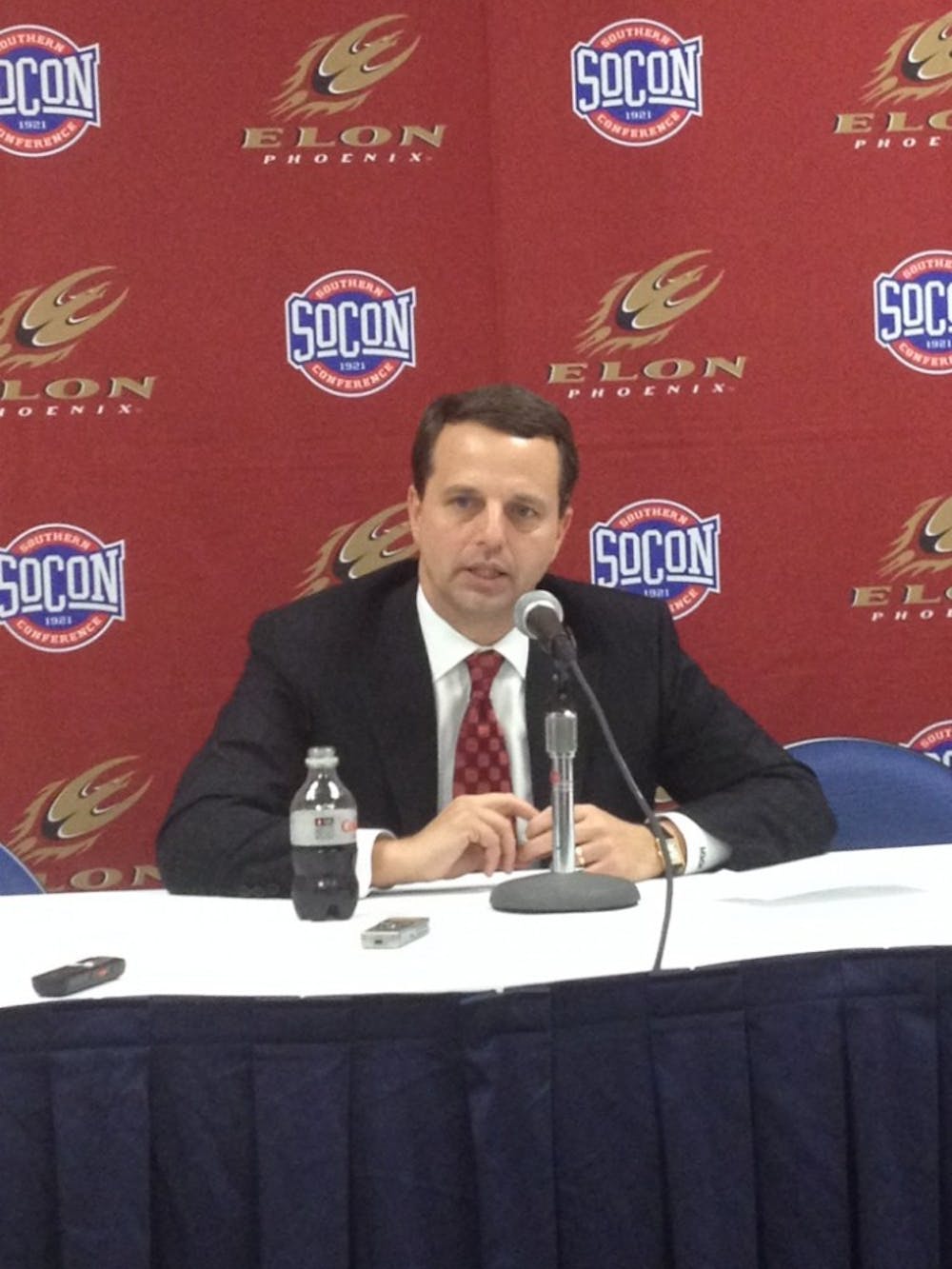 Down 14 with under five minutes to go in regulation, it seemed the Elon University Men's Basketball team was headed to its fifth straight loss against Southern Conference rival Davidson.

But the Phoenix caught fire, going on a 16-2 run, culminating in a Jack Isenbarger three to send the game into overtime. They used this momentum to squeeze out an 87-85 victory at Belk Arena on Thursday.

The win for the Phoenix marked the first time in 10 attempts that Elon has won at Belk Arena and was the first home conference loss for the Wildcats since Jan. 26, 2011.

Over the final four-and-a-half minutes, the Phoenix outscored the Wildcats 16-2 and managed to send the game into overtime.

In the extra period, Elon relied on strong play down-low from senior forward Lucas Troutman, who scored seven of his game-leading 28 points in the additional frame to lead the Phoenix to the two-point win.

To go along with Troutman, Elon placed four others in double figures with Ryley Beaumont and Isenbarger scoring 15 each while Sebastian Koch and Austin Hamilton added 13 and 10 respectively.

De'Mon Brooks led Davidson with 28 points and the Wildcats had three others with double-digit points.

Up next for the Phoenix is a game against No. 15/16 UMass Saturday at 7 p.m. in Alumni Gym. The game marks the first time a ranked team will square off in Alumni Gym.

For a preview of the UMass game, watch this interview with Lucas Troutman and Sebastian Koch.