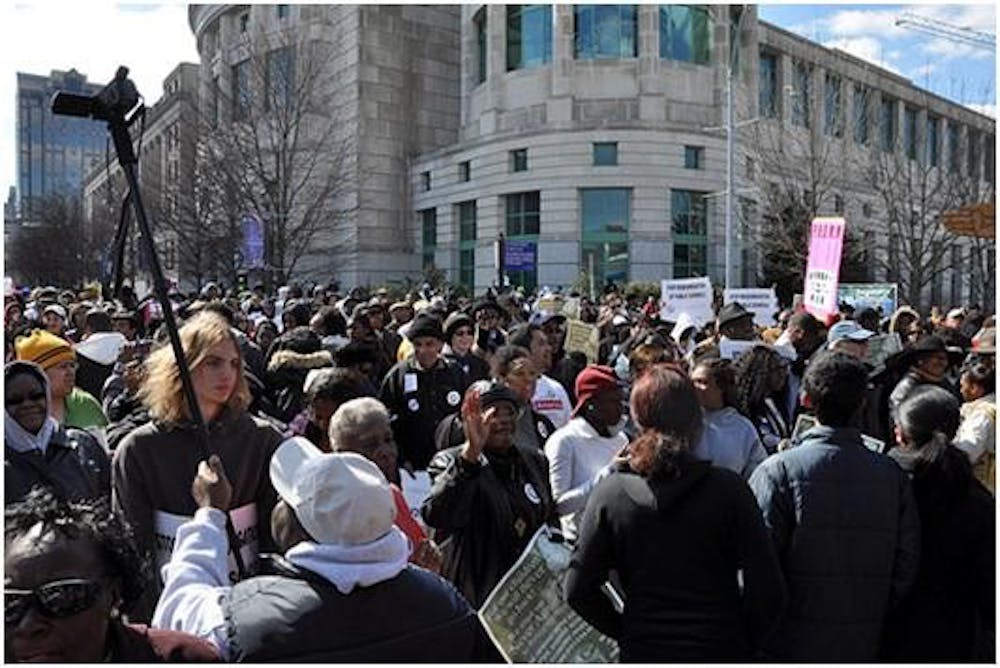 Elon freshman Stephanie Lamm describes herself as a "progressive voter," who feels a personal responsibility to stay aware and active in the political activities that revolve around her, within her state. Next on her agenda is participating in the HKonJ March (Historic Thousands on Jones Street), and Lamm hopes that fellow Elon students will be interested in getting involved with her.

Historic Thousands on Jones Street is an annual march that commemorates the Freedom Summer, when progressive Northerners ventured to Mississippi to register African-American voters during the Jim Crowe era.

This is the eighth year the NAACP has organized the march, and it will be held in Raleigh on Feb. 8. The expected turnout has been estimated around 20,000 - 40,000 participants from all over the United States. The event begins at 9 a.m. with a prayer service delivered by the Rev. William Barber, and is immediately followed by a 1- 2 hour march to the capitol.

There would be speakers at the event explaining the technicalities of the legislature they were opposing, and others sharing stories about how the legislature would affect them if passed. At the end of the rally, pre-selected participants would enter the chambers and subsequently be arrested for civil disobedience.

Though some might find Lamm's activities risky, Lamm believes that it would be much more dangerous to sit back and do nothing. If interested in participating in the march, contact Stephanie Lamm at slamm@elon.edu. Housing and transportation arrangements are available.