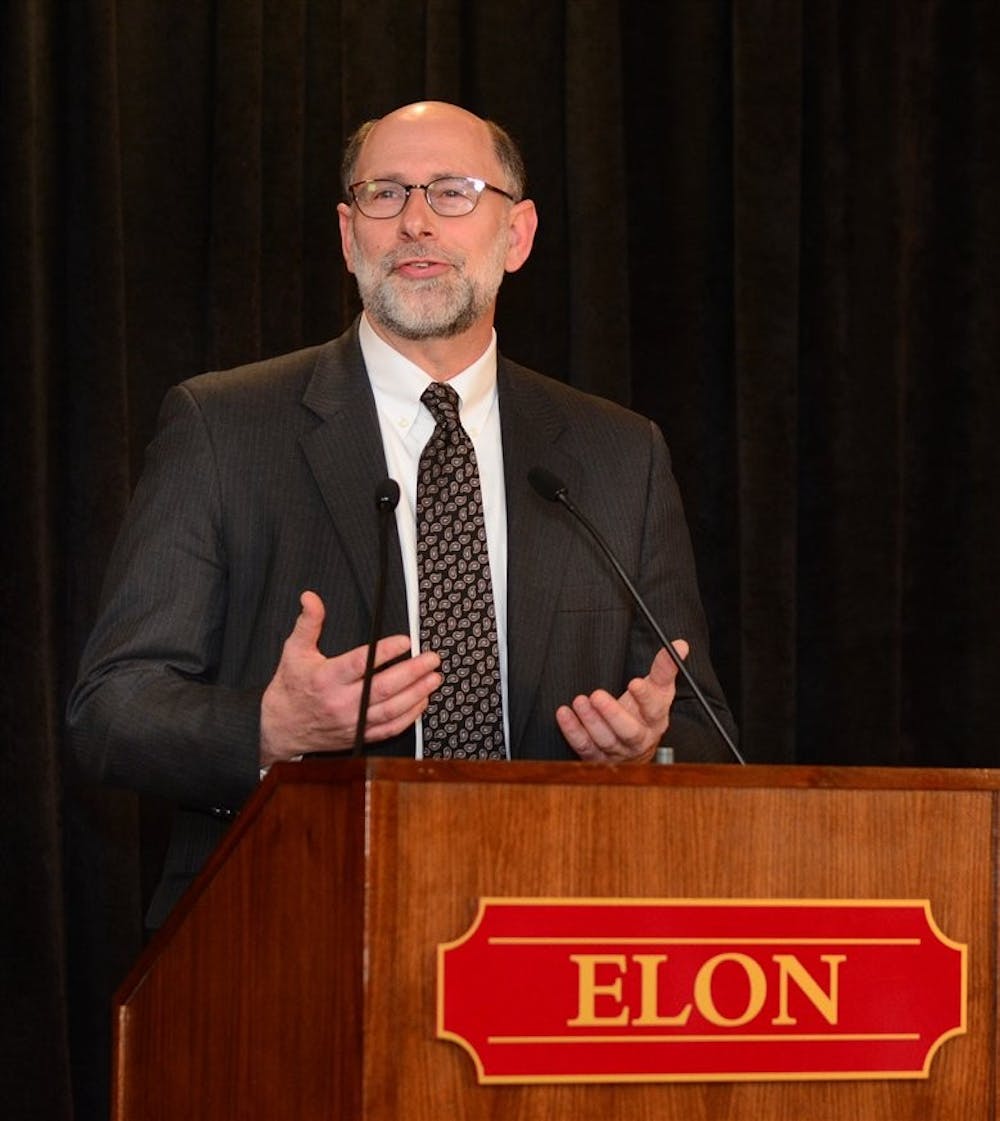 The Elon University School of Law now has its third dean, with Luke Bierman taking over for the school’s previous dean, George Johnson, starting June 1.

Before accepting the position at Elon, Bierman was a distinguished professor of practice of law at Northeastern University School of Law in Boston, as well as the school’s associate dean of experiential learning.

Faith Rivers James, professor of law and co-chair of the search committee for the school’s dean, said the committee looked for candidates who could use the strengths of Elon to improve the relatively young law school.

“Elon’s outstanding record in terms of engaged learning is an important foundation for the law school,” James said.

James said Bierman’s background and experience shows that he can combine university education with practical, hands-on teaching. That practical knowledge included an understanding of the national and North Carolina-level academic and legal market.

“We were looking for a visionary leader who could take Elon Law School through the next stage in our development,” James said.

In a speech announcing Bierman as the Elon Law School’s new dean, Elon President Leo Lambert said Bierman’s leadership will help the school grow based on practices the university already prides itself on, such as faculty mentoring and scholarly pursuits.

Following Lambert, Bierman emphasized the importance of making sure legal education remains rigorous, relevant and efficient in creating the law school of the future.

“Let me suggest one particular vision that might make sense, considering the transformative society that lawyers and we all find ourselves: at the beginning of the 21st Century, while knowing that our students today will be providing legal services on the cusp of the 22nd Century,” Bierman said. “It’s kind of daunting if you think about it.”

In his vision, Bierman challenged the audience to remember that this is “a law school, not a lawyer school.”

“Why don’t we imagine a law school at the center of learning, lawyering and leadership?” Bierman said. “It’s a place where learning and lawyering can help solve our collective social, economic, cultural and political problems. That sounds pretty good. That sounds kind of like Elon.”

As an attorney, Bierman is a member of the Legal Access Job Corps Task Force and founded the Justice Center at the American Bar Association, as well as previously directing the ABA’s Judicial Division.

Bierman also worked as chief attorney for the Appellate Division of the New York Supreme Court, as well as a clerk for the presiding, or chief, justice.

James said Bierman’s work made him a strong candidate for dean because the law school is not purely an academic institution.

“The law school is both an academic institution and a collection of lawyers,” James said. “Both sides of that ledger are going to be important.”

The process to find a new dean began in summer of 2013. Johnson, who replaced founding dean Leary Davis in 2009, said he is stepping down to return to teaching.

Elon’s School of Law began in 2006 and was recently placed in The National Jurists’ top 20 list of most innovative law schools in the United States.