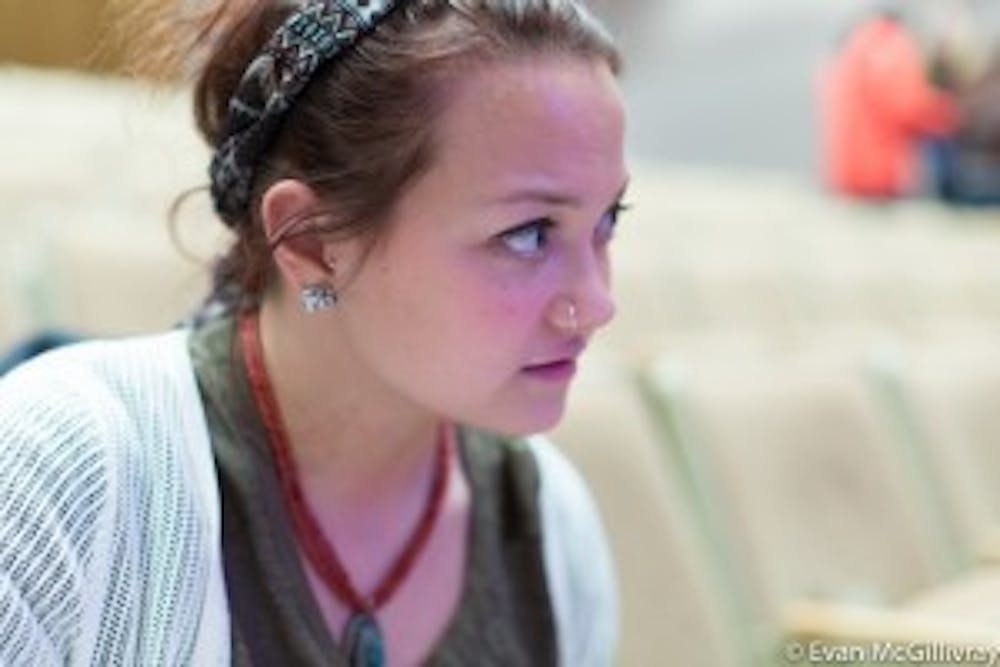 Foster has worked as a reporter in developing countries for 30 years. Foster is an associate professor at Northwestern Medill School of Journalism, where he teaches immersion journalism.

"That peculiar and extreme form of racial segregation once defined by the United Nations as a crime against humanity, in that very place where the crime against humanity took place following hundreds of years of colonial rule and more than four decades of pervasive racial oppression," Foster said in a speech at Elon University Tuesday. "Then a new order emerged which rooted in a promise to create a non-racial non-sexist anti-homophobic and more egalitarian country at the southern tip of Africa."

Foster told the story of post-Apartheid South Africa the only way he knows: through immersion journalism. Foster immersed himself in South African culture, learning one of the country's 11 official languages and spending time between the urban Johannesburg and the rural parts of the country.

His trip to South Africa was by chance. He arrived in South Arica to work in the newsrooms and help them settle into jobs in South Africa. But he saw the changes that were coming about in South Africa newsrooms. The news market went from serving only 10 percent of the population, the English- and Afrikaans-speaking people, to serving the whole country. The stories that they were covering were very important to the future of the country.

He spent time during his speech explaining the connection that the United States had to the Apartheid.

"The architects of the Apartheid came to the United States in the 1940s," he said. "They visited the southern states, they came to Alabama and Mississippi, they also came to North Carolina."

He highlighted not only his role as a student, but also the role of President Barack Obama, who was a student at the time, putting pressure on the foreign government to bring about change.

Foster pointed out the South African constitution was finished in 1996 and has the rights to food, water, work and housing. Men and women are represented equally in Parliament. Compared to the U.S. constitution, it is incomparable. But this constitution doesn't mean the country is doing well. Three out of 4 black men are unemployed, 1 in 6 people have AIDS, and the rape and murder rates are high.

Despite all these negative factors in the country, the perspectives of the six young people in Foster's book work together to tell a different aspect of the story about the future of the country in a balanced way.

"So I am a white English-speaking American female and my partner was a black male who spoke Sepedi and he was from the northern province of South Africa," said Lindsey Langdon, a senior who spoke of her experiences in South Africa last year "We had all these barriers. I guess you could say, we had a gender barrier, we had race barrier, we had a language barrier. He was very fluent in English, but he couldn't express himself in his most basic form so I tried to learn his language. But our relationship was I think symbolic of what the country is coming to represent"