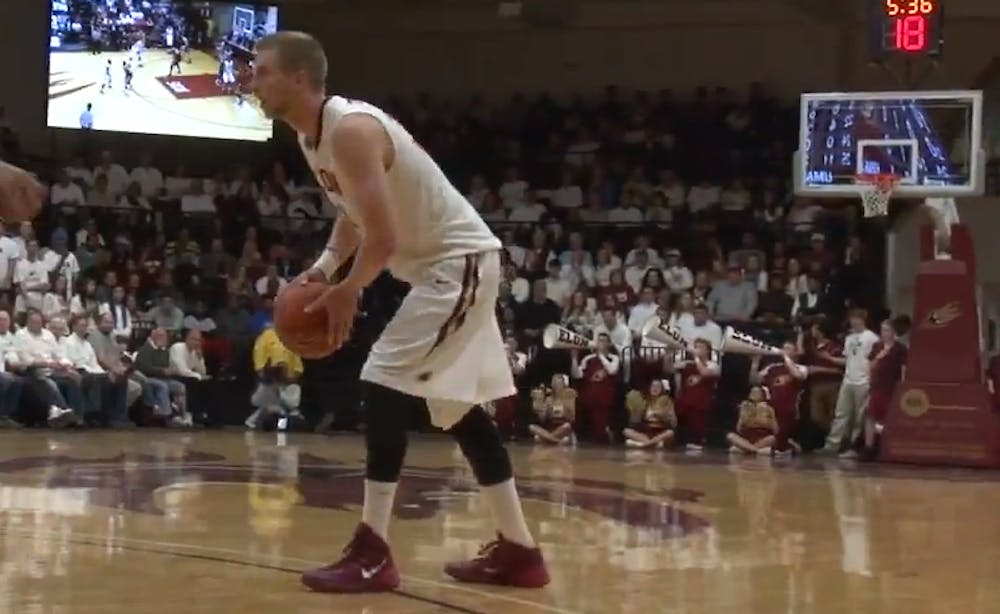 ELON N.C.--In front of a raucous crowd inside Alumni Gym, the Elon University Men's Basketball could not overcome a poor shooting night and the length of #15/16 UMass as the Minutemen beat the Phoenix 83-73 on Saturday, Jan. 19.

The crowd of 1,857, draped in white and vociferous throughout, was hoping to see a comeback much like the one the Phoenix pulled off just two nights prior, when Elon defeated Davidson after being down 14 with less than five minutes to go.

The fans left disappointed, however, because though Elon managed to pull within seven several times in the last five minutes, every time the Phoenix hit a big shot, the Minutemen responded with one of their own.

"We were right there," Elon senior guard Sebastian Koch said. "They always had an answer, and that's what killed us. We just couldn't get over the hump."

The game started out with a bang for Massachusetts as point guard Chaz Williams found forward Raphiael Putney for an ally-oop dunk five seconds into the game.

The Minutemen proceeded to jump out to a double-digit lead less than six minutes in, putting the Phoenix in a hole early.

"That's not how you want to start a game," Koch said. "We want to be the team that punches the other team in the mouth, and [Saturday] we got punched."

After shooting a mere 30% from the field in the first half and going into the break down 41-30, the Phoenix could not capitalize on several opportunities in the second period to tilt the game in its favor.

Senior forward Lucas Troutman led Elon with 19 points but was only 6-20 from the field and Koch had 18, including his 1000th career point for the Phoenix.

Center Cady Lalanne paced UMass with 23 points and 10 rebounds while Williams scored all of his 20 points in the second half.

Up next Elon travels to Tennessee to take Chattanooga on Thurs. Jan. 23 at 7 p.m.