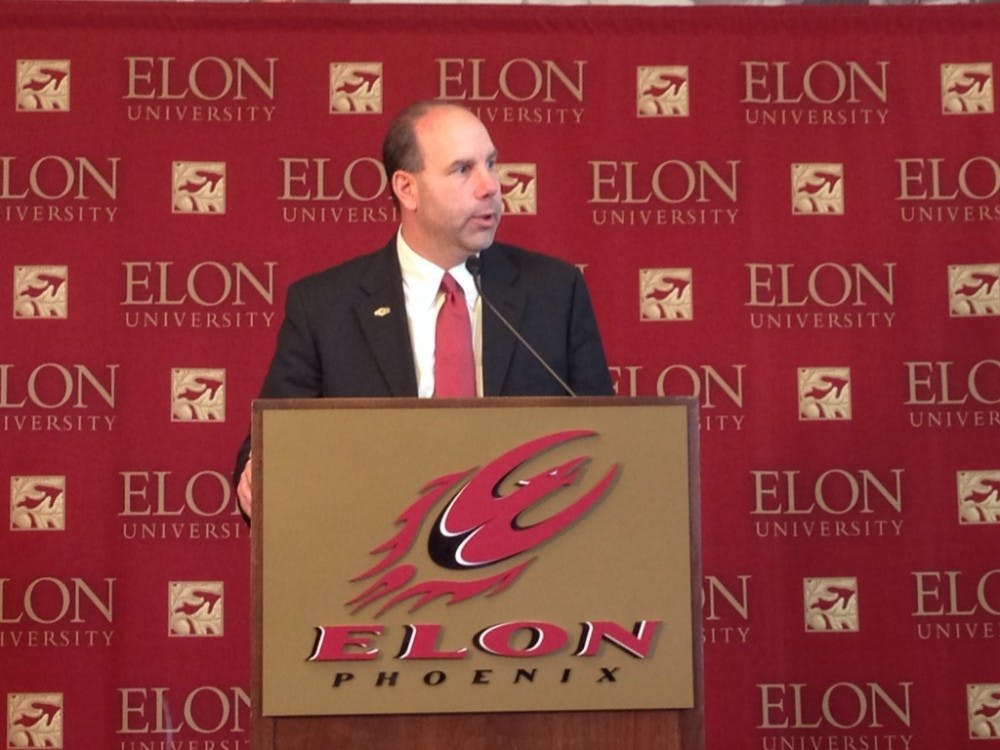 Walking into the news conference Thursday afternoon, Rich Skrosky wanted to know whether or not he could get another year of eligibility from Elon Football alumnus, Scott Riddle.

But when the new football coach addressed a crowd of fans and media representing a team coming off a 2-10 season, there was no talk of wins and losses.

"Our whole thing is going to be come to work every day," said Skrosky. "I am not going to put a value on 'we are going to win X amount of games. The goal is to put a competitive structure in place."

But Skrosky is no stranger to winning. The former Ball State offensive coordinator helped lead the Cardinals to back-to-back bowl appearances. Under his offensive direction, Ball State was 25-12 over three years and this year his offense averaged 486 yards per game and was 13th in the nation for points per game at an average of 40.1.

He wants to change Elon's mentality about football.

"I want this program to be an integral part the entire university community," said Skrosky. "I want it to be an inclusive organization. We know we are going into the CAA but we are going to show them what Elon is all about."

"We need to embrace the grind on a daily basis," Skrosky said. "The message I tell recruits is, 'you're going to work harder than 90% of the adult population, are you ready for that?'"

Skrosky made it clear that his recruiting focus will be in North Carolina.

"I am not saying that the Piedmont Central North Carolina area is the most fertile area in the world for recruits but I know the relationships I have developed with these guys are some of the most special I've had going on 30 years of coaching," said Skrosky. "I want this as publicly known as possible: the state of North Carolina will be our first priority in the recruiting process without question."

Skrosky isn't faced with an easy task from here. He has a little more than a week to visit recruits and create a staff.

While he has been in contact with coaches, Skrosky wouldn't mention specific names. He said he is looking for someone he can trust and who will fit well with Elon.

"You are going to be surprised at some of the names of schools my coaches come from," said Skrosky.

Skrosky and his new coaches will face a challenging 2014 slate. Elon opens the season with Duke on August 30. The Phoenix will then take on UNC-Charlotte, North Carolina A&T and Coastal Carolina before beginning their conference schedule.

Head Coach of the Tampa Bay Buccaneers, Greg Schiano, praised Elon's selection saying, "Skrosky is a true student of the game and a great leader and mentor for young men. The sky is the limit for Rich Skrosky and Elon football!"

Rich Skrosky is married to Suzanne Quentz. Skrosky's wife has a 21-year streak of not missing a game, home or away.