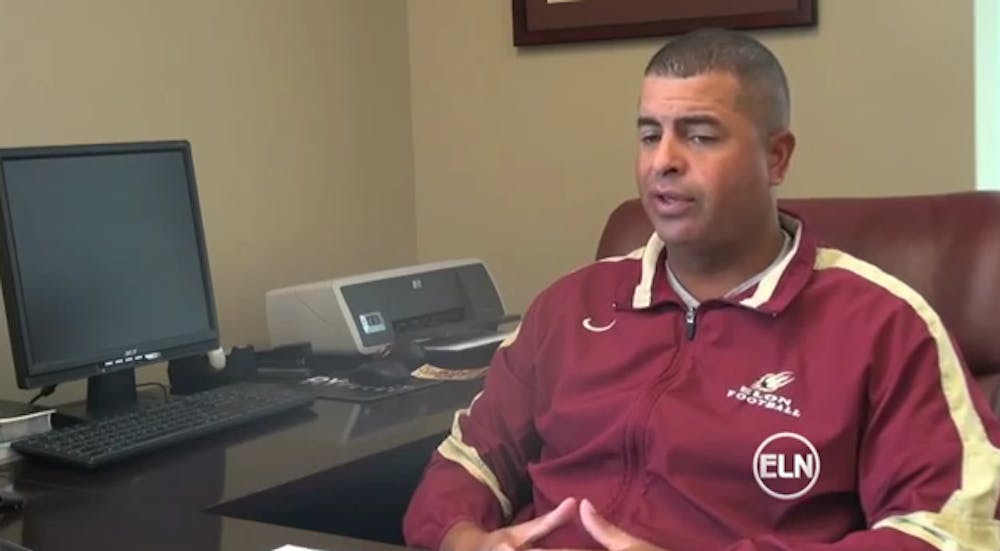 After going 10-24 in three seasons as head coach, Jason Swepson found himself without a job. Elon hired Rich Skrosky to replace Swepson as the football head coach. http://elonlocalnews.com/2013/12/embrace-the-grind-coach-skrosky-promises-discipline/

"I want to thank Coach Swepson for his hard work and dedication to our football program during his time at Elon," Blank said. "At this time, however, I believe that a change in leadership is necessary to move our program forward and provide the best opportunity for Elon student-athletes to succeed."

Elon Local News was the first to report Swepson's firing.

Swepson served as head coach for the past three years. During his tenure, he led Elon to three losing seasons. Swepson finished with a 10-24 overall record.

Swepson was signed to a five-year contract in January 2011. Elon is responsible for paying a portion of Swepson's final two years of his contract.

In addition to paying Swepson, Elon will be responsible for paying a new head coach. This is on top of the $600,000 exit fee the Phoenix must pay to leave the Southern Conference and $300,000 entrance fee into the Colonial Athletic Association.

Blank told the football team of Swepson's firing during a team meeting in the Alumni Fieldhouse early Monday evening.

Many football players were somber as they walked out of the meeting.

Several players inside tell Elon Local News that Elon is evaluating the assistant coaches to determine whether or not they can retain their positions.

"I'm not too excited about it," Wide Receiver Aumad Walker said. "All of the coaches I got close to are basically gone now."

Stick with Elon Local News for more on the story.