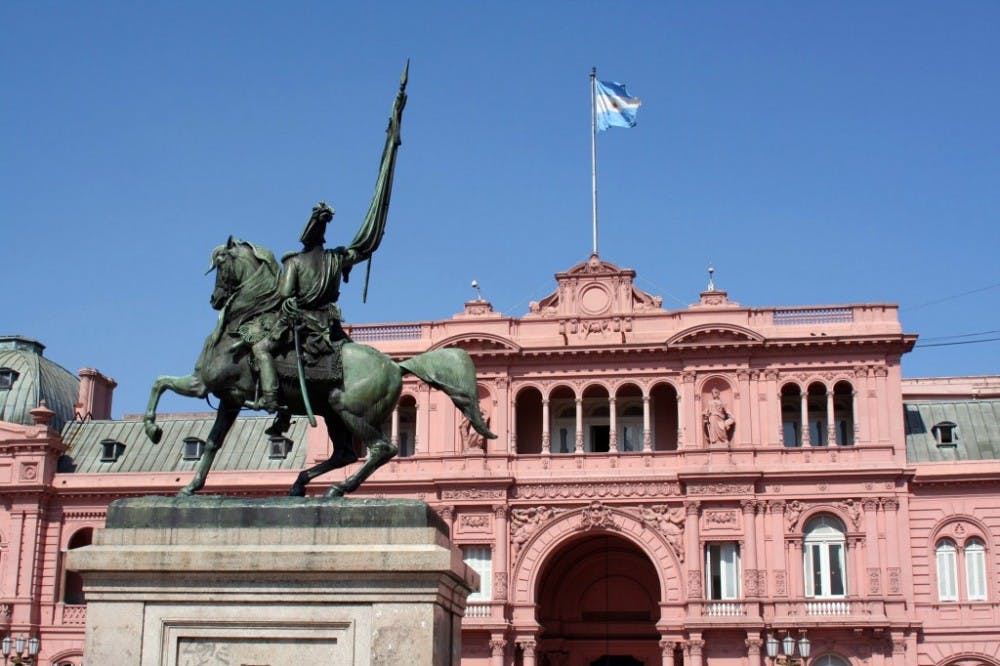 With balconies that have held Evita, Madonna and Maradona, the Casa Rosada-the presidential palace-maintains a hold on the heart of a great city.Sites and scenes and tango in Buenos Aires, Argentina. Chicago Tribune photo by Alan Solomon. 00272228A Tra Buenos Aires ..OUTSIDE TRIBUNE CO.- NO MAGS, NO SALES, NO INTERNET, NO TV, CHICAGO OUT..

In Argentina, one of the most pressing issues in women’s rights is abortion. Those in favor of legalizing abortion are fighting for aborto legal, seguro y gratis (legalized, secure and free abortion).

Sept. 28 was Fight for Decriminalization and Legalization of Abortion in Latin America and the Caribbean Day. At 6 p.m., hundreds of protesters met at the Argentine Congress building to begin their march. They protested until they reached Plaza de Mayo, which sits in front of Casa Rosada, the executive office of the president of Argentina. Plaza de Mayo has been a political space since May Revolution in 1810, which resulted in Argentina’s independence.

The national campaign for the right to legal, safe and free abortions in Buenos Aires organized the march in order to reclaim the debate on the Voluntary Termination of Pregnancy Act the campaign presented for the fourth time in 2012. The protesters either belonged to one of the women’s organizations working on the campaign or were unaffiliated individuals who chose to showcase their support. Young women raced from sidewalk to sidewalk with spray paint and stencils, ready to graffiti park benches, building walls and crosswalks with phrases such as “Aborto Legal” and “Bisexuales Feministas.”

The anti-abortion protestors were also present, but were strongly guarded by two layers of policemen and women. Their one large sign read, “Si A La Vida, No Al Aborto” (Yes to Life, No to Abortion). All protestors were peaceful and the police did not have to intervene.