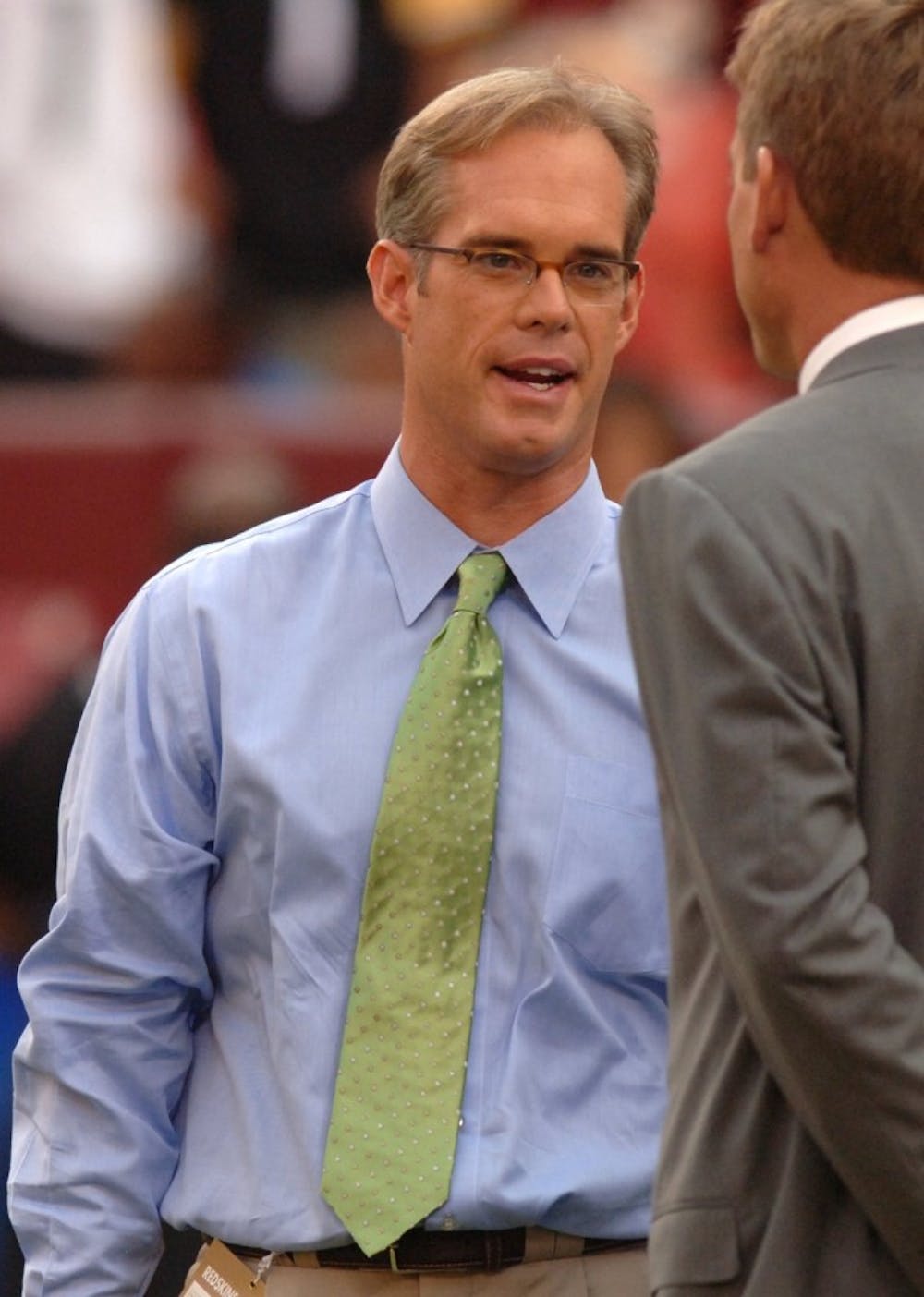 FOR USE WITH SPORTS STORIES RELATED TO: FOXNFL KRT PHOTOGRAPH BY STEVE DESLICH/KRT (August 29) Fox sports announcer Joe Buck looks on prior to a Washington Redskins' preseason game against the Pittsburgh Steelers, Friday, August 26, at FedEx Field in Landover, Maryland. (smd) 2005

After the grueling marathon that is the Major League Baseball regular season, the playoffs are finally upon us. It’s a remarkable feat to go through six months of playing every day and at the end of it, being one of the ten teams to qualify for the postseason. The regular season is all about grinding out wins over the course of series, weeks, and months. But, the postseason is a different brand of baseball where every pitch is huge. At times, it’s difficult watching your team in the playoffs because every pitch can be difference between moving on and going home.

Aside from the grueling task of cheering your team on for nine innings, there is a far more excruciating aspect of watching postseason baseball: the broadcasting.

I’ve never been a fan of watching nationally televised games. ESPN does three games a week, FOX typically does their Saturday game, and TBS has gotten into the picture with their Sunday afternoon game. I try to avoid those telecasts as much as possible.

The announcers are generally terrible. FOX’s Tim McCarver struggles to formulate sentences at times and rambles about absolutely nothing. McCarver, much like Joe Morgan did for years on Sunday Night Baseball on ESPN, loves to remind everybody of his playing days and uses absolutely anything in the game to story. If you had a Sunday Night Baseball telecast on as background noise when Morgan was broadcasting, you would think the Big Red Machine was playing.

Likewise, McCarver loves to remind everybody how he caught the great Bob Gibson. McCarver will go on for entire at-bats about framing pitches, but anyone who knows even a little bit about baseball knows that catchers try to help out their pitchers by trying to get extra strikes on balls off the corner.

McCarver’s partner, Joe Buck, makes listening to a baseball game on FOX even worse. Buck’s voice is nauseating for many and he hates New York teams. Fans of the New York Yankees and the NFL’s New York Giants have criticized Buck for years for his lack of objectivity towards teams from the Big Apple. McCarver and the other analysts who work for these national crews also fail to give any insight on the teams, and the actual game going on.

Cal Ripken Jr. has been in the booth for the Atlanta Braves vs. Los Angeles Dodgers series for TBS.  Ripken is one of the best infielders and hitters of all-time. Having spent an incredible 21 years in the major leagues, you would think Ripken would be able to explain the game to viewers and allow fans to notice things going on in the game you wouldn’t necessarily look for. But, that has not been the case. The most in-depth analysis (if you even want to call it that) from Ripken came when the Dodgers’ Dee Gordon was caught stealing in the ninth inning of Game 2. Braves shortstop Andrelton Simons covered the bag and tagged out Gordon. Despite the fact the tying run was thrown out, it looked like routine caught stealing. Ripken, however, thought it was just the right time to give an introductory lecture on how to cover the bag when a runner is stealing. Ripken went into painful detail on when covering the bag, you should keep your glove at the bag and not reach for the ball, since the ball can travel faster than your arm. That was some real basic stuff. Youth middle infielders know to do this, but I guess Ripken though he was doing one of his instructional videos for 10 year-olds.

It may not be all the announcers fault, the networks and producers may specifically ask for the announcers to avoid in-depth discussions of the game because the audience is generally less hardcore than a regular season local broadcast. Also, chances are people watching these games don’t watch the teams on a regular basis because they are not that big of fans, or the teams playing are not in their market. As a result, the announcers are forced to spend less time talking about the game being played, but instead glossing over the teams with generalizations. From April to September, every nationally televised Yankees game consisted of several conversations regarding how they are missing several key players. Similarly, Red Sox games were all about how the team responded from a disastrous 2012 season that ended in a last-place finish.

The play-by-play announcers are also not free from criticism. When they’re in the booth with these former players and managers, they often resort to sucking up to their fellow commentators. With Ernie Johnson in the booth, Ron Darling and Ripken must feel like gods with how much Johnson talks them up. Many of these announcers called the games of the guys they’re sharing the booth with, and that might have something to do with it. Working with someone you know can often turn things unprofessional. And when the announcers are joking around in the booth, the fans watching at home suffer.

Teams have to up their game’s during the postseason, so why shouldn’t the announcers.  However, with ratings and revenue through the roof, it doesn’t look like anything will change. Since I will continue to suffer through the postseason, I have but one request for the TBS and FOX crews: give me some insight while I watch the games. Teach me something I didn’t already know.