On ‘AM’: Arctic Monkeys meet the desert 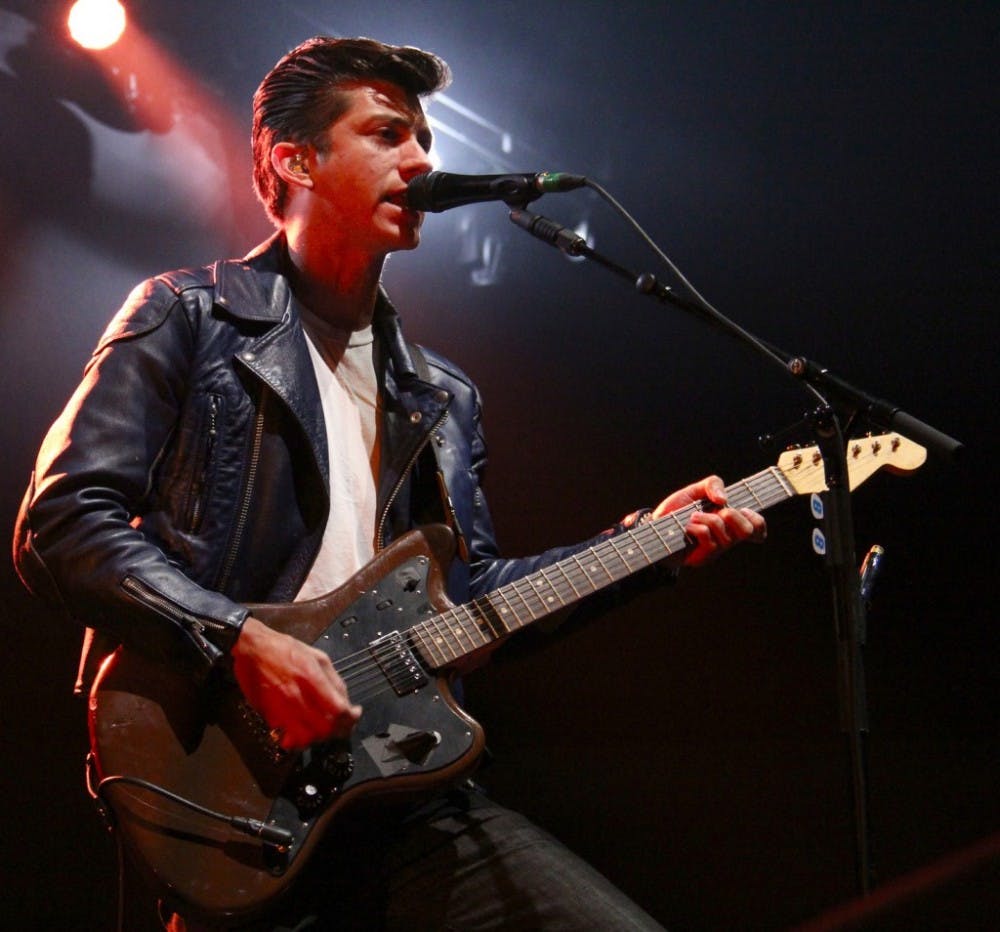 Arctic Monkeys will return to the U.S. on tour in early December. Photo courtesy of Wikimedia Commons.

When Arctic Monkeys' latest album dropped last month, they’d captured the attention of everyone from Elton John to Robert Pattinson. In the ten years they’ve been together, each of Arctic Monkeys’ five albums has taken the number one spot on the UK charts, something that’s never been accomplished by any band on an indie label before.

The new album, “AM,” has become the second best selling record of the year, right after Daft Punk’s “Random Access Memories.” It’s currently in the running for a Mercury Award, competing in the category with heavy hitters the likes of David Bowie.

It’s undeniable that Arctic Monkeys are a success. But sometimes it’s hard to tell whether anyone’s told them that.

As the recognition and accolades pile up, the Monkeys maintain their dreamy placidness, perpetually appearing to just have been shaken awake. They seem no more preoccupied with their external appearance than they were ten years ago when they were still playing small, dingy Sheffield pubs. If anything, the success has enabled them to be as meticulous as ever when it comes to how their music sounds.

If there’s one thing the Monkeys cannot abide, it’s a stale sound.

They approach each album as a chance to try something new, to expand their reaches into new areas and to make something that’s fun to play.

So, what was the recipe for “AM?" The Monkeys started with a strong base of hip-hop influences, mimicking the heavy beats and rapid-fire lyrical delivery of artists like Dr. Dre. They’ve added to the mix lyrical references from Coldplay to Dusty Springfield to Jane Fonda, melodic influences from Lou Reed to Outkast and guest performances from Elvis Costello’s drummer and Coral’s guitarist, not to mention a sample from Marvin Gaye’s “Sexual Healing.”

To top it off, they’ve given the whole thing a liberal dusting of California desert, using alternative rock group Queens of the Stone Age’s Josh Homme for backing vocals on more than one track. The Monkeys are insatiable when it comes to variety, and they’ve done a masterful job of mixing the flavors here for something wonderful and unique.

[quote] The result is an album of anthems for the modern rebel without a cause. It paints a world that only exists between the hours of midnight and sunrise, against a backdrop of seedy clubs, crowded flats and dark street corners.[/quote]

According to frontman Alex Turner, the goal of this album was to manufacture an energy so compelling that it’s impossible to turn off, and I think it’s safe to say that’s exactly what they’ve done. Combined with Alex Turner’s well-penned nonsense lyrics, the songs of “AM” project the right amounts of both drive and aimlessness.

With its gritty rock guitar parts and electrified beat, “R U Mine?” is the song to wear a leather jacket and ride a motorcycle around to. The restlessness and call to wander on tracks like “One for the Road” and “I Want It All” are perfectly in balance with the hopeless fixation and longing found on “Arabella,” “No. 1 Party Anthem” and “Snap Out of It.”

Overall, “AM” is the culmination of a decade of growth and exploration, the result of a relentless passion for making music with true voltage behind it, music with enough energy that it’s nearly impossible to turn off.

With each album, the Monkeys have become more and more adept at conveying their thoughts and ideas through an ever-shifting array of musical languages. Just like its self-referential title, “AM” conveys everything that Arctic Monkeys have become: a force to be reckoned with.

If you want to get a handle on the feel of the album, a great place to start is “R U Mine?,” “Do I Wanna Know?” or the slower and sweeter “No. 1 Party Anthem.”