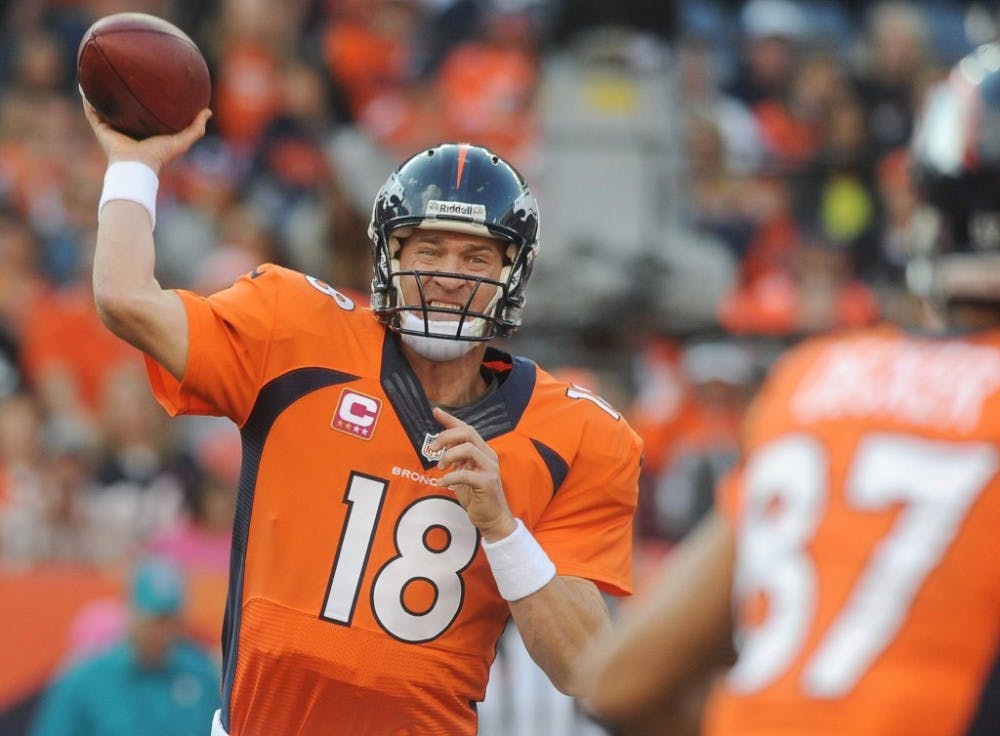 Peyton Manning will make his highly anticipated return to Indianapolis on Sunday night when his undefeated Denver Broncos go into Lucas Oil Stadium to take on the Indianapolis Colts. Despite a very emotional parting of ways following the 2011 season where Manning sat out the entire season, it is clear that both sides are doing just fine without each other.

Manning led the Broncos to 13 wins and an AFC West crown, only to be knocked out by the eventual Super Bowl Champion Baltimore Ravens. The Colts drafted Andrew Luck and he’s already looking like a veteran. The former Stanford quarterback earned a trip to the Pro Bowl his rookie year and set the record for most passing yards by a rookie in a single season and in single game.

The Colts and Manning may have moved on from each other, but it’s hard to ignore the obvious storylines of one of the greatest quarterbacks of all time returning to play his own team. However, this is not the first time, and certainly not the last time, a star will have to return to face his old team. This got me thinking of other notable returns from stars across all sports.

In Cleveland, sports are synonymous with heartbreak. King James added to the disappointment when he told the nation on national television that he was headed to South Beach to join the Miami Heat. James’ departure led to riots, jersey burnings, crying and about anything else you could think of to get over losing their local superstar. Despite a barrage of booing fans, James got the best of Cleveland during his return on De. 12 2010. James scored what was a season-high 38 points, including 24 in the third quarter as the Heat strolled past the Cavaliers 118-90.

The Boston Red Sox famously sold Ruth to the New York Yankees in 1919 when owner Harry Frazee needed cash to finance a Broadway play. The rest is history, the curse of the Bambino was born and the Red sox went 86 years before the curse was broken when the Sox swept the St. Louis Cardinals in the 2004 World Series. At first, however, it looked as if Boston had gotten the better end of the bargain. In Ruth’s first trip back to Boston on April 19, 1920, the Red Sox swept the Yankees in a doubleheader. Ruth went 2-4 with a double in the first game and 1-4 with an RBI in the second game in the losing efforts.

Despite 9 trips to the playoffs, including four straight trips to the NFC Championship game and a Super Bowl trip, Andy Reid was a scapegoat for Philadelphia Eagles fans. Reid racked up an impressive 130-93-1 record in Philadelphia, but was fired after a 4-12 season in 2012. Reid almost immediately took the Kansas City Chiefs’ job. Reid’s Chiefs went into Philadelphia with a 2-0 record to play the Eagles during Week 3 of this year, and the Chiefs’ defense slowed the fast-paced Eagles attack and came out 26-16 victors. Reid’s emotions were visible during his postgame interviews, showing the City of Brotherly Love will always be in Reid’s heart.

The Great One was traded to the Los Angeles Kings prior to the 1988-89 season despite having just led the Edmonton Oilers to a Stanley Cup championship. Much like James in Cleveland, the city of Edmonton was heartbroken with Gretzky’s departure, which even created a movement from Canadian politician Nelson Riis to have the government block the trade. Gretzky returned to the face on the Oilers on Oct. 20, 1988, only to receive an outstanding ovation from the record Edmonton crowd. Gretzky received a four-minute standing ovation and was cheered with every touch of the puck. Gretzky’s Kings lost, but the Great One contributed two assists in the losing effort.

Today, Ronaldo is considered the second best soccer player in the world behind Lionel Messi. Ronaldo has been scoring at an unbelievable rate for Real Madrid since he was sold to the Spanish giants from Manchester United for a then world-record fee of $123 million. Ronaldo won a Champions League title with the Red Devil and matured into a star during his six seasons at Old Trafford. Ronaldo returned to Manchester when Real Madrid and Manchester United battled it out in the second leg of the Champions League round of 16 tie on Mar. 5, 2013. Ronaldo scored the winning goal in Madrid 2-1 victory which sent them on to the quarterfinals, but Ronaldo refused to celebrate the goal. Ronaldo proved to be another example of players showing profound respect to their former teams.