A New Way to Light Up 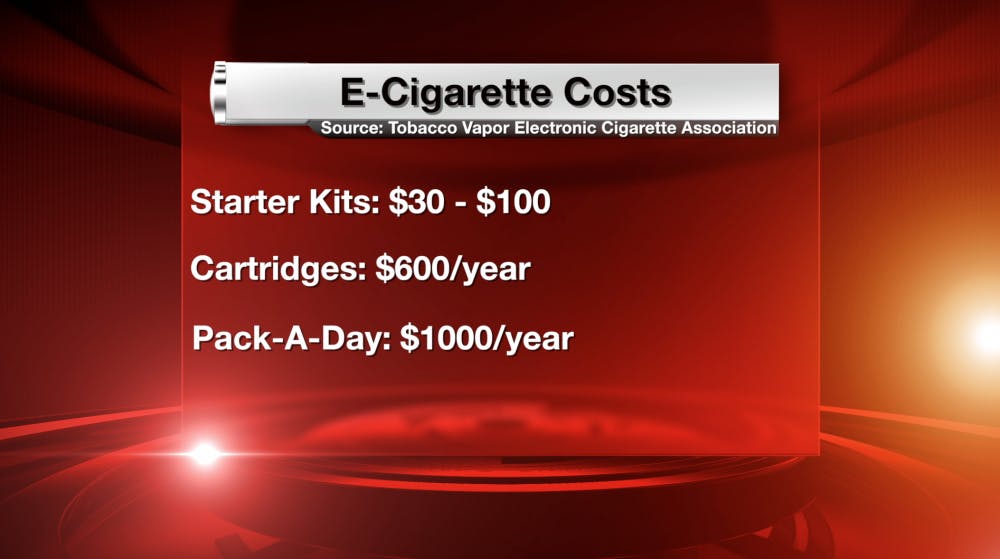 From an early age, people are taught that smoking cigarettes can lead to many health issues.

"Cigarettes are bad for you, straight up. They're not cool...They're just bad for you," junior Henry Crompton said.

Henry Crompton is one student who says there's an alternative to smoking. They're called electronic cigarettes, commonly known as e-cigarettes.

"You could literally put in down for a couple weeks and you wouldn't even want to smoke it," Crompton said.

"It's just nice to have...it's just the experience." he said.

Other students like junior Julianne Erickson smoke them, but still think they're harmful.

"It's still a carcinogen. So you can still get lung cancer, and throat cancer and mouth cancer. And all the other cancers that come with cigarettes," Erickson said.

The new craze has caught the attention of many medical professionals. Dr. David Bohle, a cardiologist in Forsyth County, N.C., warns users about the risks of e-cigarettes.

"You really don't want people to use this as a substitute for Nicotine," Bohle said. "Nicotine is Nicotine. It's a stimulate, it increases heart rate and blood pressure...its an addictive substance."

But the health effects don't end there. There is airway flow resistance, secondhand vapor being released into the air, and according to the FDA, there are ingredients in e-cigarettes that are "...known to be toxic to humans."

Despite health concerns...one reason for the recent trend is because e-cigarettes aren't expensive.

Starter kits usually run between 30 and 100 dollars, with the estimated annual cost of cartridges totaling about 600 dollars. This is cheaper than smoking a pack-a-day, which costs around one thousand dollars a year, according to the tobacco vapor electronic cigarette association.

Elon's smoking policy says that you must be standing 30 feet away from a building if you want to smoke. The same rule currently applies for e-cigarettes.

The campus committee on alcohol and other drugs is revisiting the policy this year.

The Food and Drug Administration has not yet evaluated e-cigarettes. Dr. Bohle said that due to their low priority...finishing these studies could take a few years.