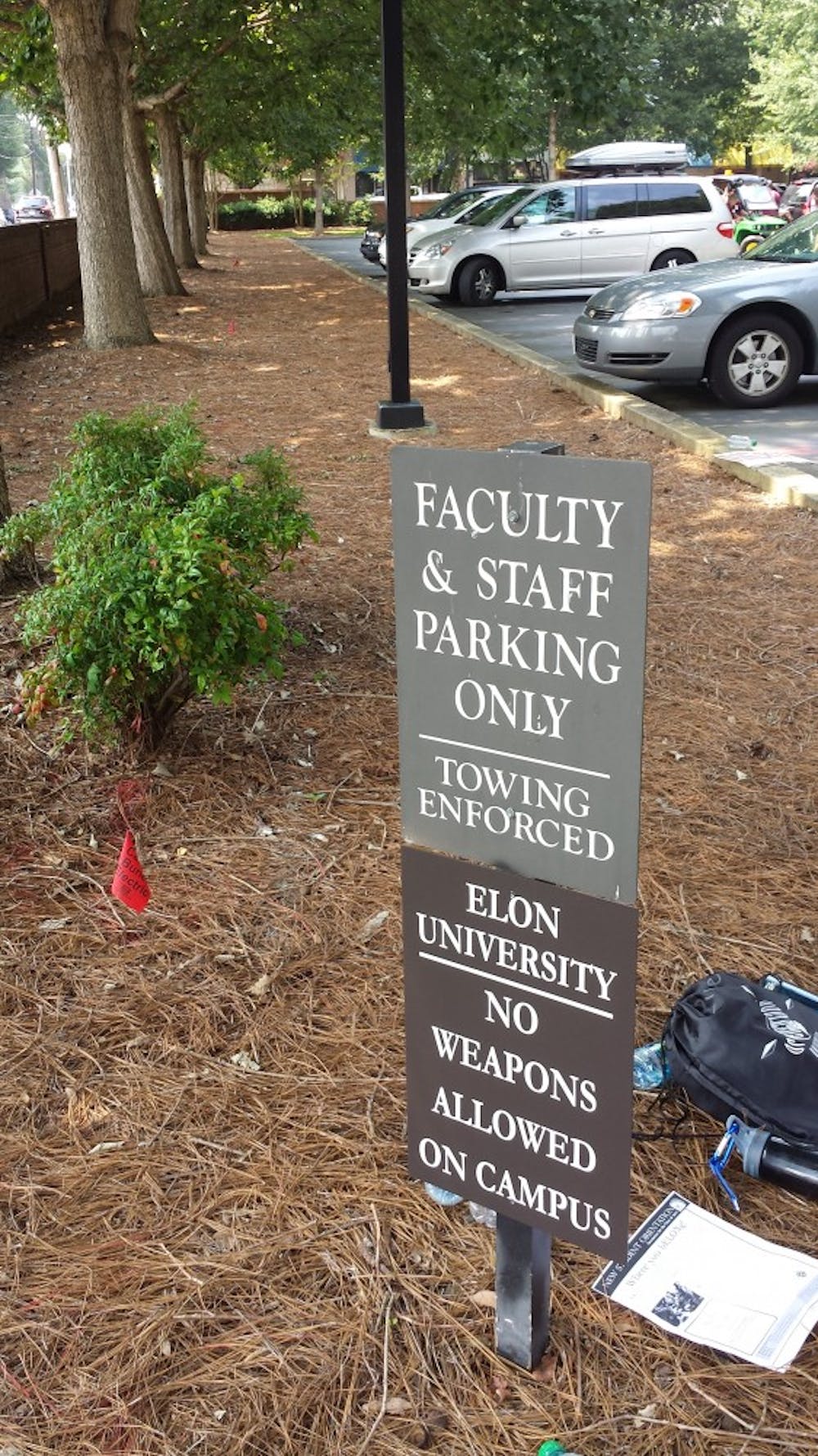 New signs posted around Elon warn that weapons are not allowed on campus.

Jeff Mackenzie, co-owner of Fat Frogg Bar & Grill, is a member of the Elon community who is unhappy with a recently passed N.C. law. The law allows concealed weapon permit holders to bring firearms into certain businesses.

"I think it's really absurd that people would even need to take a concealed weapon into a restaurant or bar," Mackenzie said.

Although permit holders can bring handguns into bars and restaurants, they are not allowed buy alcoholic beverages. Some owners still think this is one more thing to worry about when managing their businesses.

"Our job as restaurant and bar owners is hard enough as it is without complicating the fact of bringing firearms in. I mean think about it," Mackenzie said. "But again that becomes our policing, and we have enough policing as it is."

In a statement made by Governor McCrory, who passed House Bill 937, he said the legislation gives bar owners the authority to prohibit guns in their establishment. To voice this right, some owners have considered putting up a sign, but bar owners like Chuck Kelso are concerned it will scare away customers.

"I will have to put up a sign, I don't really want to," Kelso, the proprietor of Brewballs Bar in Burlington, said. "I think it sends the wrong message to people. It almost sets a tone of fear when they come in it's like, 'woah this is a place where they carry guns?' And it's not like that."

The law also extends beyond just bringing guns to bars. Part of the law states that permit holders can bring guns on college campuses, if the firearm is locked in a compartment of their car. Many Elon students are in support of this part of the legislation.

"I respect everyone's right to have their own stuff and keep it locked up, as long as it's not in the face of everyone else," first-year student Josh Fritz said.

However, Elon will continue to uphold the policy that guns are not permitted on campus grounds. Dr. Smith Jackson, Vice President of Student Life, says private colleges and universities may be excused from this part of the law.

"The state legislature did pass a new law this summer that will go into effect October to allow citizens to possess handguns on educational property. The guns must be locked in a compartment of a locked vehicle. However, the legislation does allow for private colleges and universities to prohibit guns on their campuses if they post the prohibition. Thus, the university has posted signs at all the parking lots on campus to give notice that guns are not allowed on campus. The university feels that having guns on campus increases the probability that someone will be injured, so it is a safety issue," Jackson said.