Kicking For A Cause 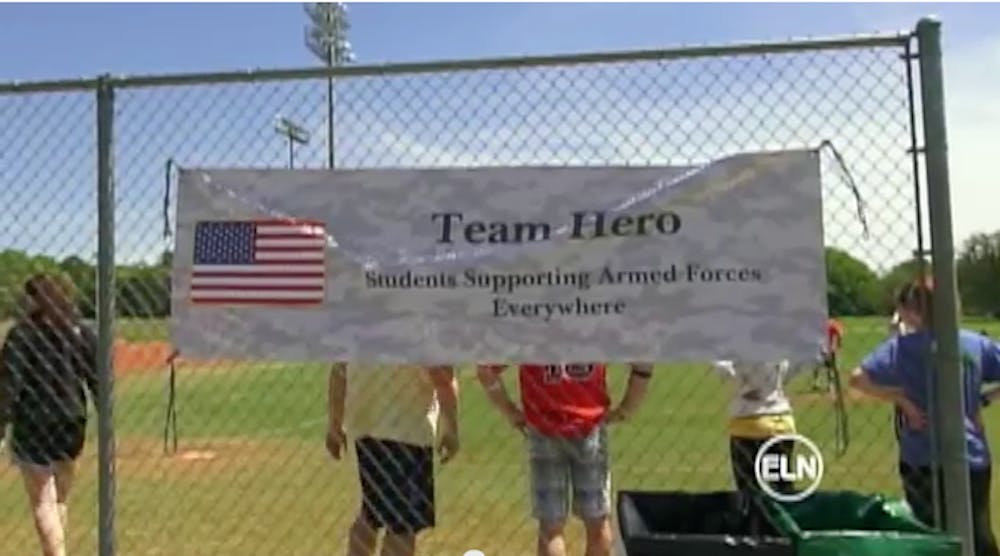 Elon students, war veterans and ROTC cadets gathered to play kickball this past Saturday. The tournament raised money for "Paws and Stripes," a nonprofit organization that rescues dogs and helps train them to be service dogs for war veterans with Post Traumatic Stress Disorder. The event was sponsored by Team Hero, a student organization that supports the armed forces.

A team of soldiers from Fort Bragg, N.C. came out to play. Matt Lomasney, who is stationed at the military base, spoke about why supporting the cause is so important.

"It's a serious illness and people really do need help," he said. "So this is a great way to raise awareness and get those soldiers the help they need."

Nick Olas Reddick, also from Fort Bragg, appreciated the event for helping others to learn what soldiers go through.

"I think it brings awareness to people that serve our country," he said. "Not many people understand and I think people should understand what we have to do."

Ashton Coats is one of Elon's ROTC cadets. As she prepares to enter the military after college, she knows that PTSD is something that could impact herself or her fellow soldiers someday.

"The people that are impacted are people that I'm going to be leading one day," Coats said. "So it's kind of a humbling thing for me to help with something that could potentially help people I might know someday."

And Lomasney, knowing that he might one day suffer from PTSD, is thankful for an organization like Paws and Stripes.

"I have a chance to get PTSD and I know if I had it I would want an organization like this to help me out and they are my brothers in arms, they need as much help as I do."

Team Hero raised over $350 from the tournament, making them one step closer to their goal of $2,000, which will sponsor a service dog for a war veteran.