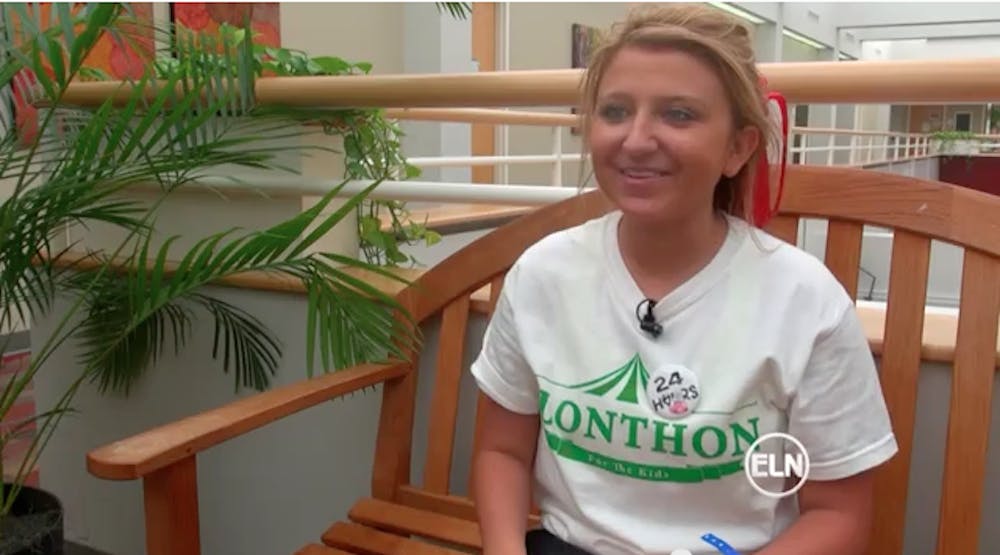 On April 12th Elon put on one of the biggest events of the year, Elonthon. Every year, miracle children and their families share their stories at the 24-hour dance marathon.

"The only money that's raised is what you're doing," said Steve Martinelli, a father of a Duke Children's Hospital former patient. "This is amazing. You guys are unbelievable."

Profits from Elonthon go to Duke Children's Hospital. The dancers are not allowed to sit down as a reminder of the children who cannot stand up themselves.

"I had neuroblastoma, which is the leading cause in childhood cancer deaths and I had less than a 10% chance to live" said Martinelli.

Leigha is a miracle child. The cancer had already spread all over her body leading the Martinelli's to try an experimental treatment in New York.

"They pulled me and my family aside and said that there was no longer anything anyone could do something because my organs were too damaged from the chemo."

Her family turned to Duke Children's Hospital. Steve Martinelli said, "I called up the doctor, the head brain surgeon at Duke, and said 'You know, you gotta help me out.' Henry Friedman is his name. He said 'I'll talk to my wife'. So she calls up and says, 'We'll talk about a plan'."

The plan was to give her a bone marrow transplant from her brother who was a perfect match. She has been in remission ever since.

This year was Leigha's first year being a student dancer at Elonthon.

Leigha says, "For people to be like, not have been through it and not knowing anything and them still be involved, it's like the most indescribable, like best feeling ever cause you just don't like - they don't realize how much that they're really helping us cause I just know its going to be so big one day and there is going to be a cure and it's because of people like you".