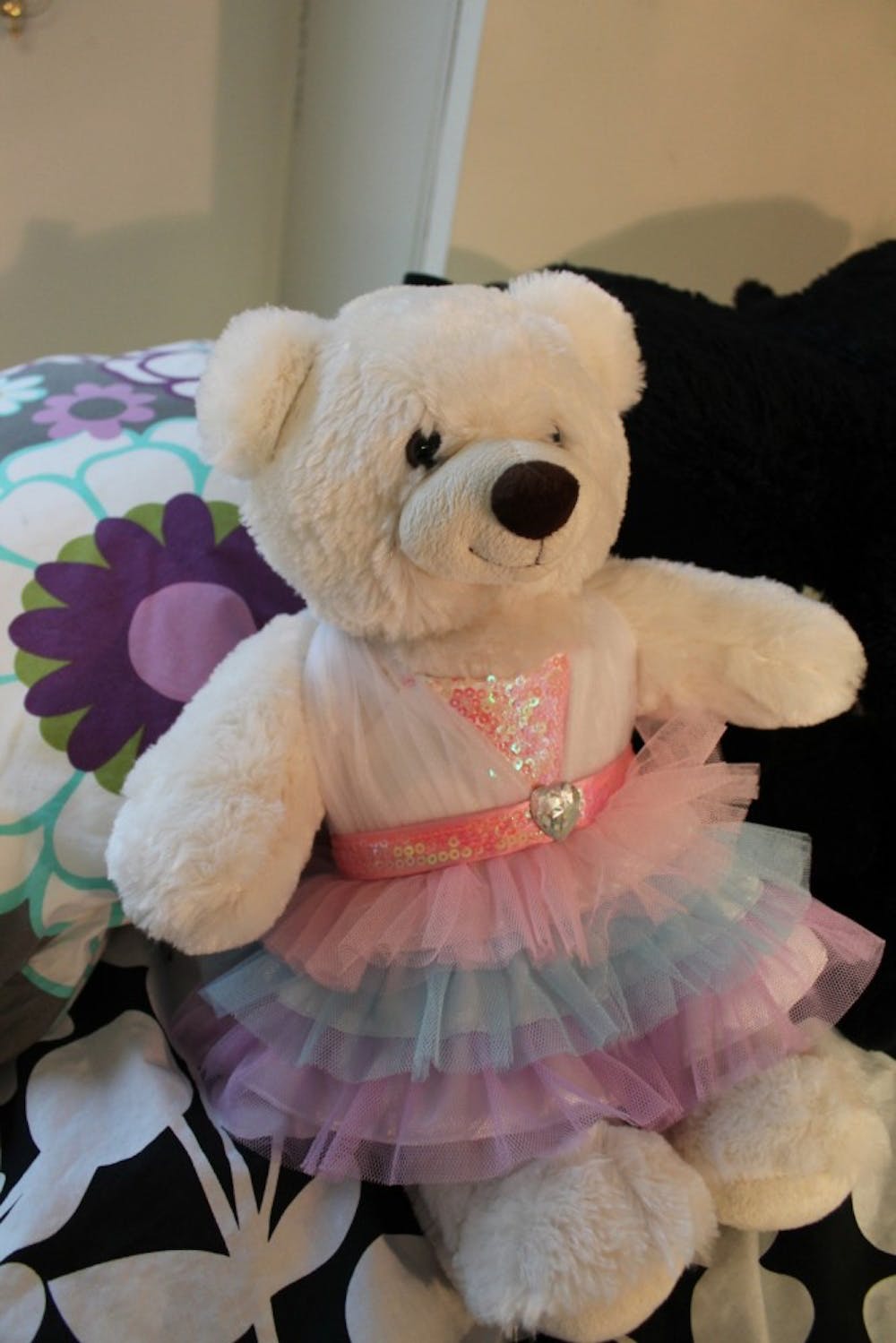 A study performed by the American Psychological Association said stuffed animals have been proven to serve as sources of comfort and stability, making them ideal for some college students. Photo by Ruth Gray, staff photographer.

Aug. 24, 2012 represented a big day for the Elon University class of 2016. It was move-in day, the first step in their college journey. While many students spent the night before picking what clothes and shoes to bring with them, freshman Mollie Crawford was faced with a different decision: which stuffed animal to bring.

College and university dorms are often adorned with small keepsakes that remind students of home. Sophomore Jenny Sekulow brought a collage of family photos, senior Derricus Spear brought old birthday cards and freshman John Crowder brought his lucky blanket. Action figures, trophies and jewelry were also in the mix. But stuffed animals seem to be the keepsake of choice.

Though Crawford is a special case, it isn't uncommon for students to have one or two, if not more, stuffed animals. Freshman Margaret Bryant has a manatee. Sophomore Kaitlinn Brewer has a collection that includes a polar bear, a frog and a reindeer.

[quote][Stuffed animals] make me remember who gave them to me, and the memories associated with them. -- freshman Sarah Herrick [/quote]

Herrick came to college with three stuffed animals, but subsequent gifts from family members have doubled that number. She also said her stuffed animals remind her of home.

“They make me remember who gave them to me, and the memories associated with them,” Herrick said.

“They provide a sense of security,” said freshman Meagan Schrock.

“They remind me of the places I got them from and the great memories I made there,” she said.

What is it about stuffed animals that are so alluring? Psychologists often agree there isn’t just one right answer. A study performed by the American Psychological Association said stuffed animals have been proven to serve as sources of comfort and stability. Similar studies have shown stuffed animals can also be therapeutic for trauma victims and socially excluded individuals.

Regardless of the reason, stuffed animals continue to have sentimental value in the lives of college students. Whether a childhood memory or a recent purchase, some things you just don’t grow out of.