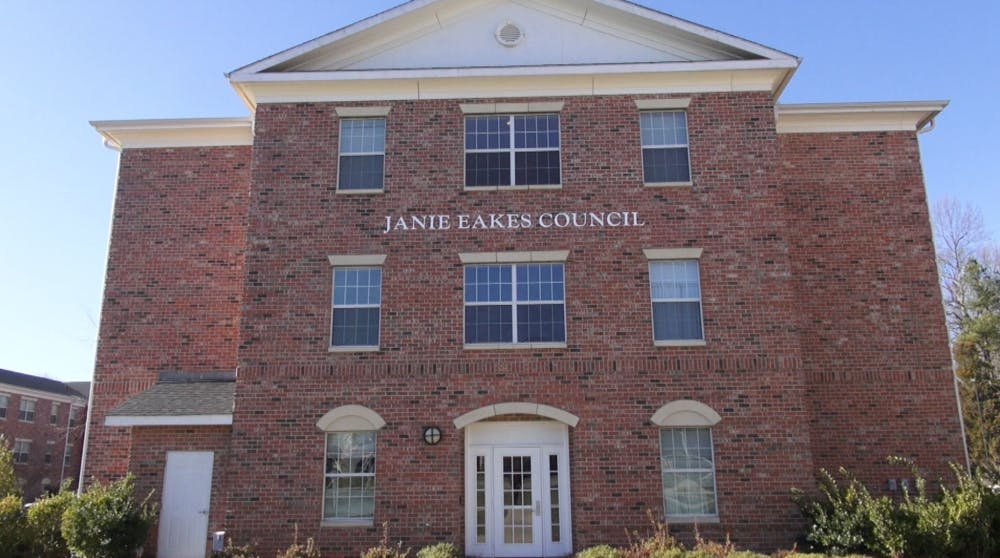 Last week, several buildings within the Oaks apartment complex underwent a change. Oaks A, B, E and F were renamed after prominent Elon faculty and staff members. Oaks A is know known as Williams, after Jo Watts Williams. She is a Vice President Emerita and Professor of Education Emerita. While at Elon, she taught in both the education and psychology departments before being named Associate Dean of Academic Affairs, Director of the Learning Resource Center, and finally Vice President for Development and Special Assistant to the President

Oaks B is now Council, after Professor Janie E. Council. She taught accounting at Elon, and was the first recipient of Elon's Daniels-Danieley Award for Excellence in Teaching in 1973.

Oaks E is named Brown, after Professor Emerita of Physical Education Janie P. Brown. While at Elon, she was the chair of the Physical Education Department for more than 20 years, received the Daniels-Danieley Award for Excellence in Teaching in 1995 and the Elon Medallion for service to the university in 2006. She also endowed the Dr. Janie P. Brown Women's Athletic Scholarship.

Oaks F is now named Sullivan, after Professor Emeritus of Philosophy John G. Sullivan, who was the first professor to be named a Maude Sharpe Powell Professor. He received the Daniels-Danieley Award for Excellence in Teaching in 1980 and was named Elon's first Distinguished University Professor in 2002.

Dan Anderson, Vice President for University Communications, says that the remaining Oaks buildings (C and D) will be renamed soon.