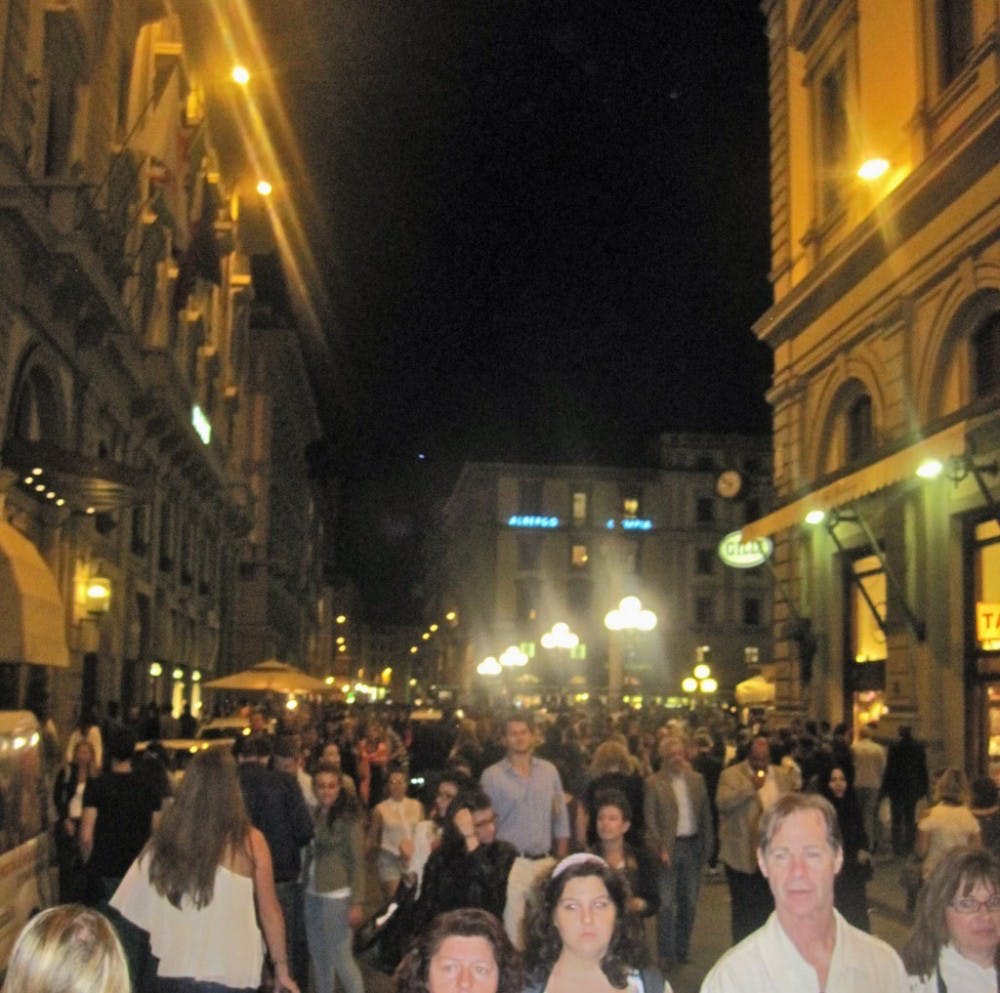 The first edition of the Vogue Fashion’s Night Out in Florence took place Tuesday, Sept. 19, 2012. The event offered a range of international brands offering exclusive products. Vogue Italia and the Town-Hall of Florence, with the intention to put the fashion’s world near the great public, organized this event.

The whole evening was dedicated to fashion and shopping, with shops open all night long, special events everywhere and so much glamour. Streets were filled with shopping, fashion and an enthusiastic crowd. Limited edition creations, free samples of beauty products and unlimited cocktails were offered throughout the city. The atmosphere was bustling with trendy young people, DJs playing upbeat music and bright, flashing lights.

The focal point was inevitably Florence’s high-end fashion triangle: Via Tornabuoni, via della Vigna Nuova and Via degli Strozzi. But the Vogue Fashion’s Night Out aims to include everyone in the community, not only fashion lovers, to enjoy a night under the magical, exciting atmosphere. The crowd consisted of stylish Italians, as well as many study abroad students.

“The night was so energetic,” said Jenna Sonlin, a junior at Elon University. “There was music outside on every street and so many stores were giving out free stuff.”

“We ended the night at a party at the Rolex store,” said Megan Gardeope, another junior at Elon. “I felt like a celebrity.”

Students enjoyed blending in with chic locals for this special night.

Vogue Fashion’s Night Out is not just about the glitz and glam, but is is also a social commitment. The money collected during the night will serve to support urban projects willing to revitalize the host cities. The proceeds of this year’s edition will specifically benefit the earthquake victims of Emilia-Romagna, a Northern Italian region.