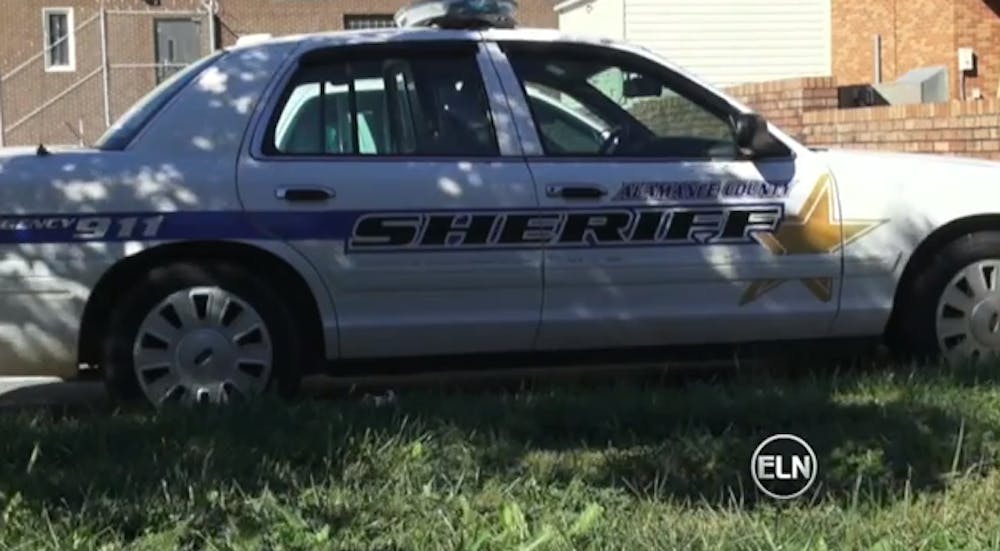 On Tuesday the United States Department of Justice released an 11-page report that claims the Alamance County Sheriff's Office intentionally profiled and discriminated against those Latino residents, referring to them as "taco eaters" and other racial slurs.

According to the report, which threatens litigation should the Sheriff's Office fail to comply with the Justice Department, Sheriff Terry Johnson instructed his deputies to target Latinos, reportedly saying, "If you stop a Mexican, don't write him a citation. Arrest him."

The report claims deputies were between four and ten times more likely to pull over a Latino driver than a white driver.

Randy Jones, spokesman for the sheriff, denied the report and said he was "extremely disappointed" with the investigation, and that the Department of Justice would proceed in this manner.

"The way this investigation has been conducted is an embarrassment," Jones said. "We have no idea who our accuser is. We have asked and been told they are not going to tell us."

Jones claimed that the numbers simply do not back up the Department of Justice's allegations.

"If anybody is even trying to get the truth here they will see that the Alamance County Sheriff's Office was profiling," said Robert Boyer, a watchdog journalist formerly with the Burlington Times-News.

Jones rejected the Justice Department finding that said Johnson used racial slurs and epithets such as "taco eaters" referring to Latinos, saying that Johnson had zero tolerance for any of his staff using offensive language. Boyer disagreed.

"I think there is, simply put, a 'good ol' boy' culture there," Boyer said. "It's unrealistic at the very least to say that never goes on. I'm not saying Johnson tolerates it officially, but I've seen too much at that department."

Last week, Johnson said the investigation might be politically motivated.

"The Obama administration has decided to continue to wage war on local law enforcement," Johnson, a Republican, told reporters on Tuesday.

The Justice Department did not respond to ELN's request for comment on the investigation and potential litigation or criminal charges.