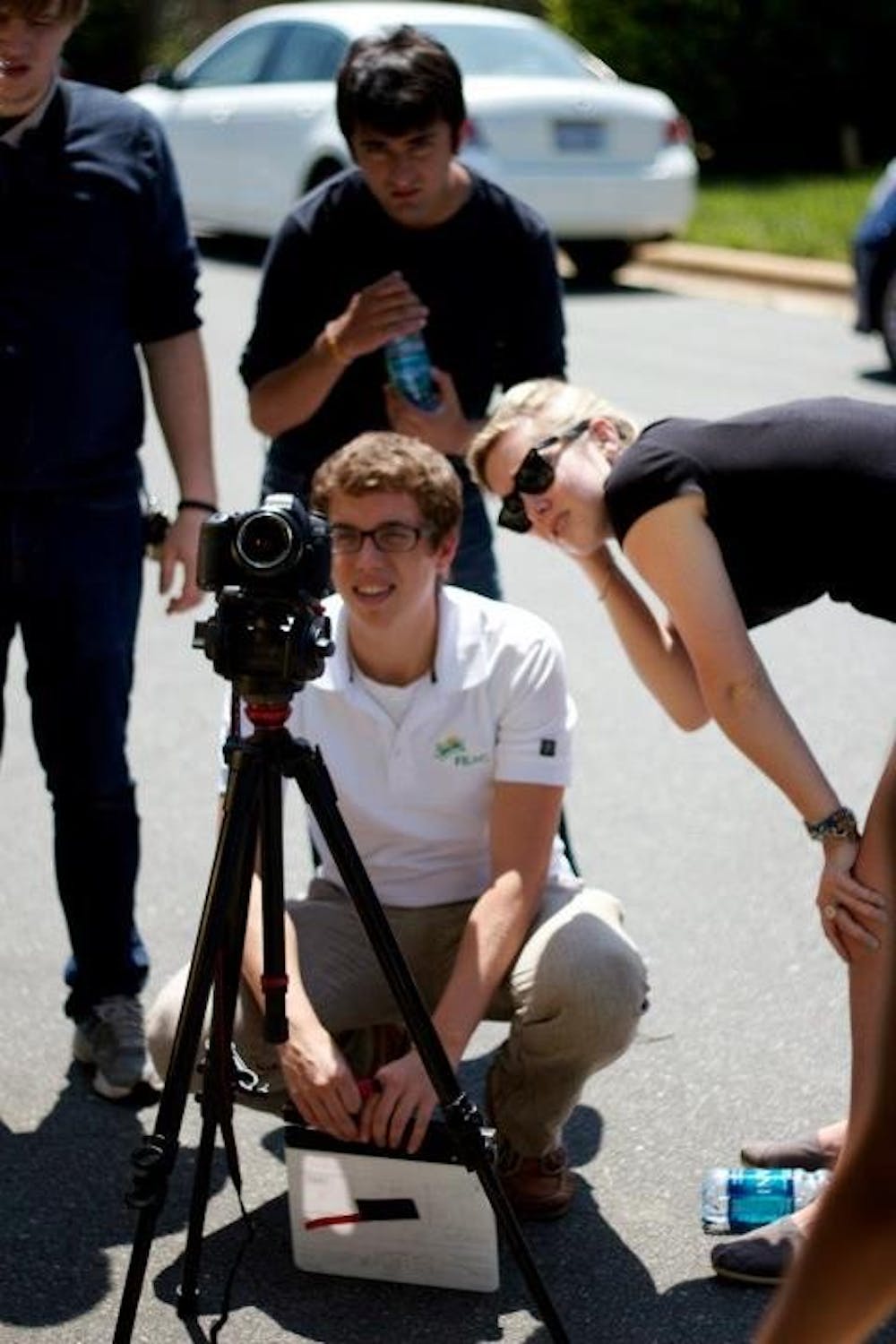 Recent Elon University graduate Jay Light may soon get to see his work on movie theater screens around the country. And the subject matter of his short movie may be a little unexpected: Sprite, the popular lemon lime soft drink.

Light is a finalist in this year’s Sprite Films contest. His film “Rocketeer,” which tells the story of a young man trying to impress a girl by asking her out with a message attached to a model rocket, is one of six fi- nalists up for vote on Sprite’s website. But it’s been a long road to get to this point.

“February, that’s when the scripts were first written and then we didn’t find out any- thing else after that until March,” Light said.

Elon had actually just begun its spring break when he discovered he was named a finalist. Sprite gave him and his team $15,000 to create his film plus an additional $3,000 to cover taxes, and work continued through the end of the school year. Light also got to go to Las Vegas with the other finalists, who hail from schools such as the University of California at Los Angeles and the Savannah College of Art and Design, among others. Shooting began in the Town of Elon.

“We did shoot one scene in Durham, but everything else is local,” he said.

Light, who wrote and directed the film, said two of the actors were found online, but the third, Mara Lucas, is a sophomore musical theater major at Elon.

“It was actually my first film project,” Lucas said. “It was really cool to sort of fig- ure out how everything works.

The rest of the crew were Elon students and three professors advised the program.

All together, there were 25 people assisting with production.

“It definitely had a feeling of being a magnum opus, I guess,” Light said. “All the stuff I learned over my time as a student sort of culminated.”

Light, who is originally from Texas, ma- jored in media arts and entertainment, with a concentration in cinema. He plans to move to Los Angeles soon to pursue his career.

If “Rocketeer” wins, he will keep the money remaining from his budget (the film only cost about $10,000 to make), and get to go to Universal Studios in Orlando with some of the crew members, attend the world premiere of the film and meet people from Universal Pictures. “Rocketeer” will remain online in its full version and a shortened ver- sion will be shown as a Sprite commercial in movie theaters across the country.

Lucas was recently at a movie theater with her sister and saw a commercial for the film contest.

“That could literally be me in a couple of weeks,” she said. “It’s just mind-blowing this could be a real possibility for us.”

For Light, this could be the launching point for his film aspirations.

“I think it would really help me out in my career in the next few months and few years,” Light said of the possibility of win- ning.

Last Tuesday, Light and “Rocketeer” were even the subject of a Smith Jackson email encouraging Elon students to go on- line to vote for the film, which had slipped from its first place slot. Within a few hours, the film had regained the lead.

Anyone can go to www.sprite.com/films through Aug. 31 to vote. As of press time, “Rocketeer” was in second place.