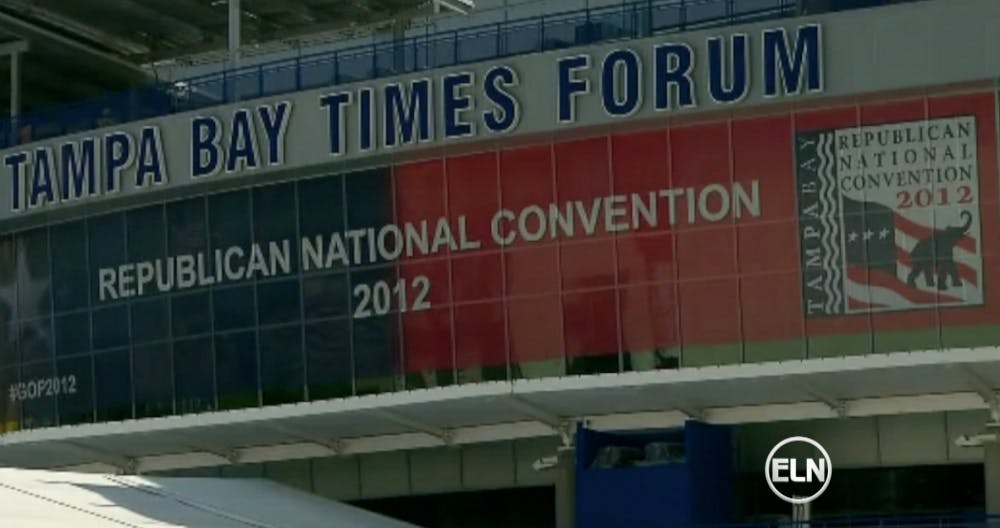 I'm here at the Tampa Bay Convention Center where all the media are being held. This center is about a block away from the Tampa Bay Times Forum where the convention is set to convene.

The whole area is secure. Saturday night they closed down and kicked everyone out of the area to do a sweep of the entire area. They found some interesting things. One of which was a large stockpile of bricks and metal pipes that a black anarchist group was set to use against the media.

There are a few Occupy rallies set to go on Monday around Tampa. Another big news story is Hurricane Isaac rolling in. Tampa was not actually hit very hard and Monday was sunny.

Tampa hasn't seen any major weather effects as Isaac continues to move west. The Republican National Committee announced Saturday that they would be cancelling all the events for Monday and came out with a revised schedule yesterday which includes Ann Romney speaking on Tuesday with Governor Chris Christie.

Jack Minor Jr. is one of three ELN political correspondents reporting in Tampa Bay, Florida at the GOP Convention.