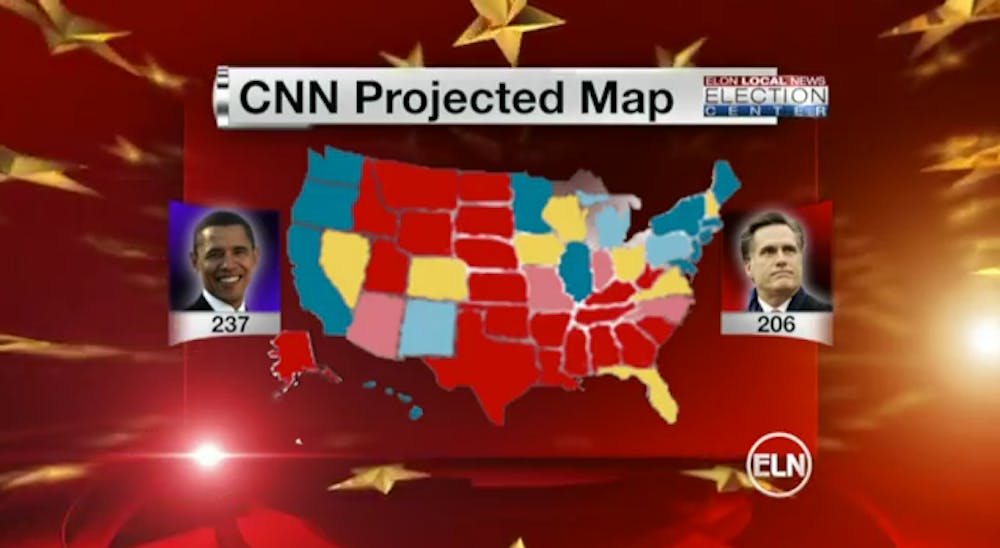 The swing states will play a critical role in the race to the white house.

As of now, Obama leads the CNN projected numbers with 237 electoral votes...Needing 33 more to

while yellow states could lean with either party.

Although North Carolina tends to vote Republican the numbers are

shifting in favor of the Democrats. North Carolina will be a crucial

state for both candidates to win the election.