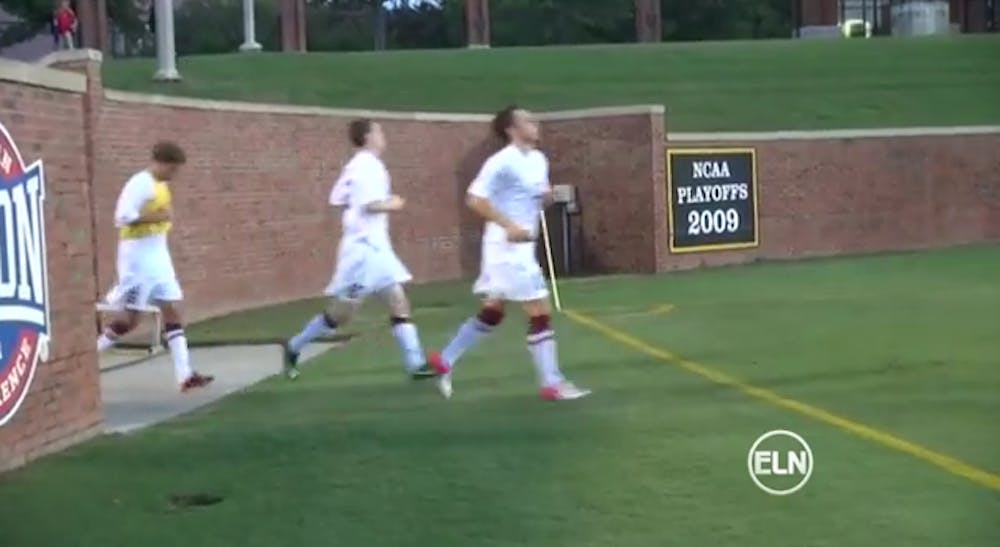 In front of a record crowd at Rhodes Stadium Elon's men's soccer team kicked off their season against visiting rival High Point. Last year the two squads battled to a scoreless draw but High Point leads the All-time series, 27-11.

Here we go, first match of the season. Right away a high point free kick and a nice a save by Elon's goalkeeper Nathan Dean. Elon would strike first in this game with some good possession, a

nice cross into the box and a perfect header by forward Chris Howard That would give Elon an early one nothing lead. But highpoint would answer with a flurry of first half goals. In the

25th minute Adam Stormheads in the nice cross to tie up the game at one, giving the raucous highpoint crowd something to cheer about. And just thirty seconds later Adam Sewell would head in another High Point cross. Then in the 34th minute Ben Burdon would take advantage of an Elon defensive mistake and slip another shot past dean. Down 3-1, Elon would respond with a Daniel Lovitz header in the 54th minute to cut the lead to one. But in the 66th minute highpoint would again make it a two goal lead with a nice strike by forward Leon Carby from outside the box Elon had some opportunities late in the game to try to get back in it. But every time the phoenix swarmed the goal the ball could just not find the back of the net. When the game ended the final score was High Point four, Elon two.