Chick-Fil-A At Elon, Will It Stay? 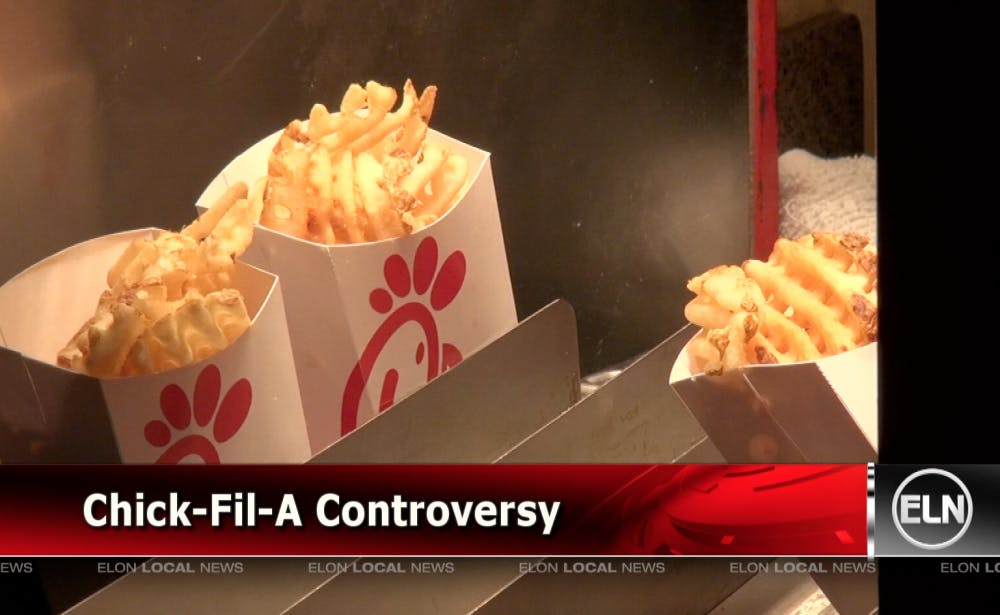 A popular fast food restaurant is getting recognition for more than just it's tasty chicken sandwiches. Chick-Fil-A is getting mixed reactions from the public after a statement regarding same-sex marriage was released by the company's Chief Operating Officer, Dan Cathy.

"I pray God's mercy on our generation that has such a prideful, arrogant attitude to think that we have the audacity to define what marriage is about," Cathy said in his statement.

There are three Chick-Fil-A restaurants close by to Elon's campus, one which is in one in the dining halls. Some students think needs to change.

Lauren Clapp, advocacy and education chair of LGBTQ group Spectrum, says the issue is more complex than the restaurant not supporting gay marriage. She thinks the problem is the restaurant's donations to groups the fight same sex-marriage.

"They are taking money and making financial donations to organizations that support ex-gay reparative therapy to turn them straight," Clapp said. "They've supported groups to lobby Congress for Uganda kill the gays bill."

It's for this reason she thinks the University should remove the dining option from campus.

"I think it is problematic that Chick-Fil-A is on Elon's campus when Elon is making this very vocal commitment to diversity and respecting different identities and being inclusive," she said.

Some people may say that Chick-Fil A's views come as no surprise since the restaurant has always been open about its religious views. The restaurant is even closed on Sundays.

S-G-A took a stance against Amendment One, a North Carolina Amendment that now defines marriage between a man and a woman in the state's constitution. President Darien Flowers told Elon Local News they are looking forward to a conversation about the future of Chick-fil-A on Elon's campus.

President Lambert is on the same page.

"I look forward to the dialogue on campus I will listen very carefully to them. and i think we're going to watch what happens with the sales with Chick-fil-a. I think students can vote with their feet."

The University would decide if removing Chick-Fil-A from campus is necessary, not the school's food provider Aramark.