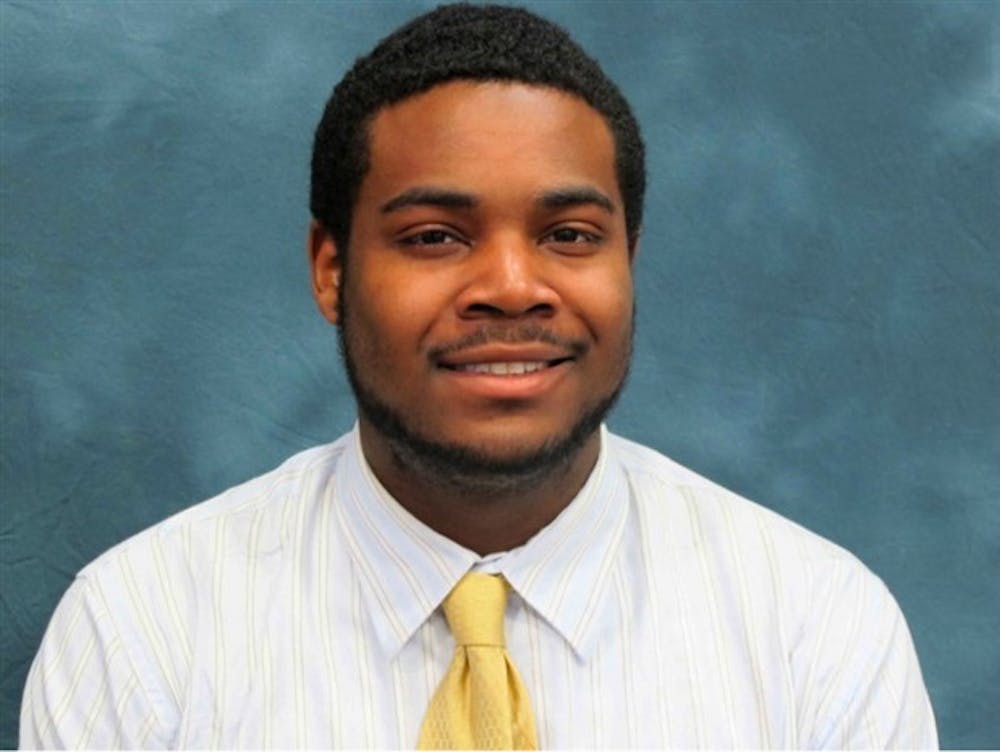 Heads were bowed, condolences were whispered and hugs were quietly exchanged as Jordan West’s many friends, acquaintances and professors gathered in his memory May 2 in Elon University’s Moseley Center. But the initial silence was soon cut by laughter, loud and genuine, as the many people West touched shared their favorite stories of him.

“Ninety-five percent of everything that was said here was hilarious,” said sophomore Peter Bostancic, one of West’s roommates. “That’s just who he was.”

West died early morning April 30 at Alamance Regional Medical Center after developing breathing problems during the night. He suffered from sickle cell anemia, a condition he kept somewhat to himself.

“A lot of people would get depressed about that, but he just loved life,” said Mark Holmes, a friend of West. “You would never know he was living with something like that.”

Chaplain Jan Fuller lamented the suddenness of West’s death at the beginning of the memorial.

“No one could have seen this coming,” she said. “It’s one of those things that shakes up the world we live in.”

But when Fuller invited all attendees to comment freely, funny anecdotes surfaced in a sea of grief and sadness. West always carefully checked the contents of the delivery bag before paying for Chinese take-out, said Alex Hartford, his roommate of two years.

“I never met anyone who loved Chinese food as much as he did,” he said. “And he really loved lemonade. You couldn’t go to the store without him asking you to pick some up. It had to be the Simply Lemonade kind.”

His father, Haywood West, agreed his son was particular in his preferences.

"Those of you who knew him well know that he loves his pink lemonade and cucumber melon body butter,” he said in an email.

He was particular about his appearance, too, Hartford said.

"He was serious about his haircuts,” he said. “He probably borrowed my car ten times to go into Burlington and get it cut.”

But the humor was soon replaced by more serious reflections on West’s life and the lives of those he affected. Through America Reads, the Avalon Community Center and the Boys and Girls Club, West dedicated a large part of his free time to working with children, many of whom attended the memorial.

"He would always help us, correct our work, and (he) always wanted us to follow in his footsteps,” said Malyk Ellis, a third grade student who West tutored at Elon Elementary School. “He always made us giggle. He helped us with our reading, he helped us with our math and he told us to keep focused. He always wanted us to look up to him, and we did.”

Ellis had a failing grade in reading before West began tutoring him, said Kim Gilmore, Ellis’ mother. He now has a B in the class.

“I never knew Jordan personally, but he has really influenced my son’s life,” she said.

West constantly strived to better himself as a student, too, said Randy Moser, a marketing professor who taught West this semester.

“Jordan was what I call an anchor in my class,” he said. “He was always prepared, engaged and ready to be challenged. Jordan was creative and took the principles of marketing to the next level and saw where they could be applied to real life scenarios. (His) presence in the classroom will be deeply missed.”

He was always confident in himself as a student, said accounting professor Pieter Swanepoel, and his friends and his father agreed he was confident outside the classroom, as well.

But his confidence never turned to cockiness, Hartford said.

“One of his biggest traits that is often overlooked because of his confidence is his humility,” Hartford said. “It’s a rare trait that makes him even more special.”

Nearly 100 people attended the memorial to share in each other’s love for West, a testament to impact he left on the Elon community and beyond.

“It is comforting to know that you all had a chance to meet and know him and see how special he was,” his father said. “He was handsome, bright, funny, caring, supportive, and had enough confidence for all us. ...Please love the people in your life and let them know and feel it. We always think that there will be more time, but in the end (there) never is.”

A funeral for Jordan West will be held Tuesday, May 8 at 11 a.m. at the African Episcopal Church of St. Thomas, at 6361 Lancaster Ave. in Philadelphia. His family family will receive friends for the viewing from 9:30 -10:45 a.m. and the burial will be at the West Laurel Cemetery at 225 Belmont in Bala Cynwyd, PA after the funeral service.

Students, faculty or staff needing transportation should email Jana Lynn Patterson, assistant vice president for Student Life, at patters@elon.edu by 3 pm Sunday and include their cell phone number. Vans will depart from the Moseley Center parking lot on Monday, May 7, at 2:00 p.m., and return to Elon by approximately 11:00 p.m. on Tuesday. Students who wish to attend the service should contact their professors before finalizing plans. Any faculty or staff who are van certified and willing to accompany students are requested to contact Dean Patterson.

Jordan’s family welcomes cards, notes and pictures, which may be sent to the family c/o Mr. Hayward West. You may send them to 1104 Tamarind Place, Williamstown, NJ 08094.