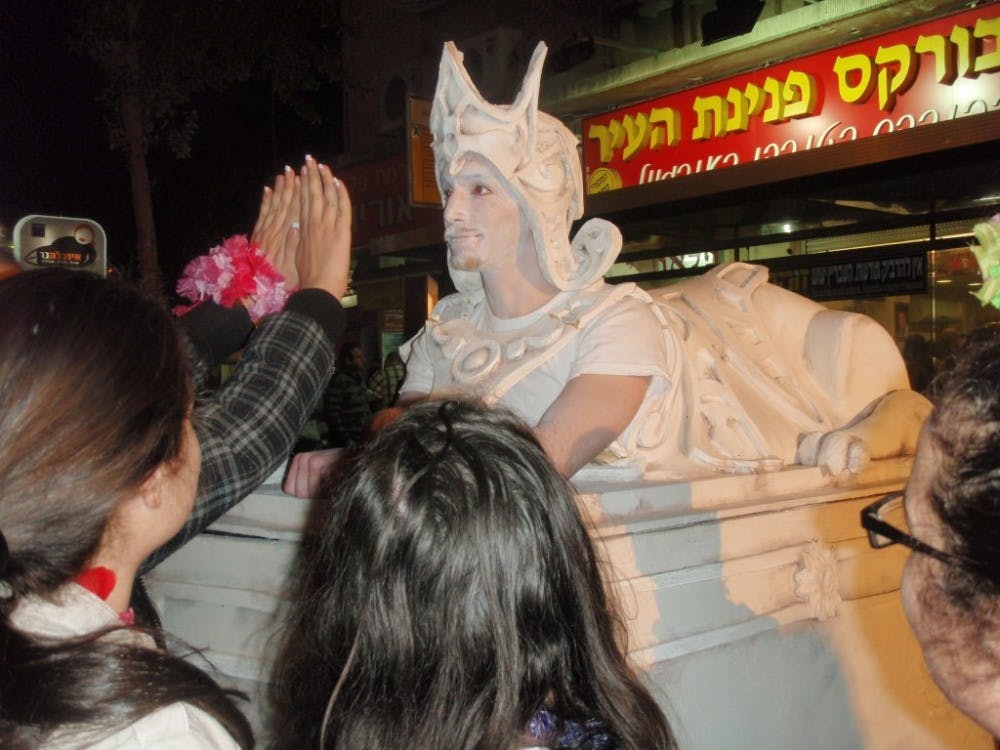 For any unassuming American, looking at an Israeli street during the holiday of Purim would be nearly indistinguishable from a Halloween party in the United States, that is except for the smell of falafel wafting above the heads of costume-clad adults and children looking on as street performers roam about and music from a concert reaches the furthest corners of the city.

It doesn’t matter if you know what you’re looking at or not, one thing is for certain: Purim is a holiday for party-goers.

Technically, the Jewish holiday commemorates the story of Esther and her uncle Mordecai, who convinced Esther to sway King Ahasuerus to not proceed with the plan presented by his adviser Haman to kill all of the Jews in the land.

Purim is a celebration of a triumph over anti-Semitism.

In today’s world, it has become an opportunity to have a good time. Cities throughout Israel hold parades and street parties where food vendors, artisans and performers can display their wares. People wear costumes, dressing as everything from a large yellow “Angry Bird” to Marilyn Monroe and all that falls in between.

This was the first Purim experience for Brett Jansen, a junior at the University of Maryland,

For Aaron Herman, a junior from Rider University, this type of revelry was far removed with what he normally experiences when observing Purim at home in New Jersey.

“In my temple, they always have a Purim reading, so we all go to that,” he said.

The reading he refers to is the Megilla, the biblical book of Esther. This book is significant because it is the only one in the Bible that doesn’t mention the name of God. It also prominently features women, which is an uncommon feature for the type of readings.

But in Israel, the atmosphere is focused more on parties than on religious discussions about the significance of the defeat of Haman’s plan.

“It’s a festival of the heartiness of the Jewish people to never ever be ruled,” Herman said.

To one Israeli family at a nighttime street party, Purim is simply all about the fun.

“I think the girls mostly like this holiday because of all the makeup,” said one mother, gesturing to her three daughters, aged seven to 11, dressed as princesses and a cat.

The two sons waged a pretend war with their toy light-up guns. One was dressed as a Power Ranger and the other as a dragon, although he insisted he was a crocodile.

“It starts at school a week before the actual holiday,” she said. “Each day is something else for them to do.”

At a bus station in the city of Haifa, groups of costumed men handed out bags of snacks.

They gave a passerby a bag, asked for it back and then handed them another bag as a gesture of gift-exchanging and generosity. In bakeries and kitchens throughout the country, traditional hamantashen, which are three-cornered cookies filled with chocolate, jam or other sweets, were baked.

The holiday also stretches several nights for many college students, although the actual holy day only lasts one day. Nightclubs and bars host special parties and costume contests.

Purim is an event not to be missed for the Israelites. It just goes to show that every culture and every community has its way of letting loose and partying, and Israel is no exception.