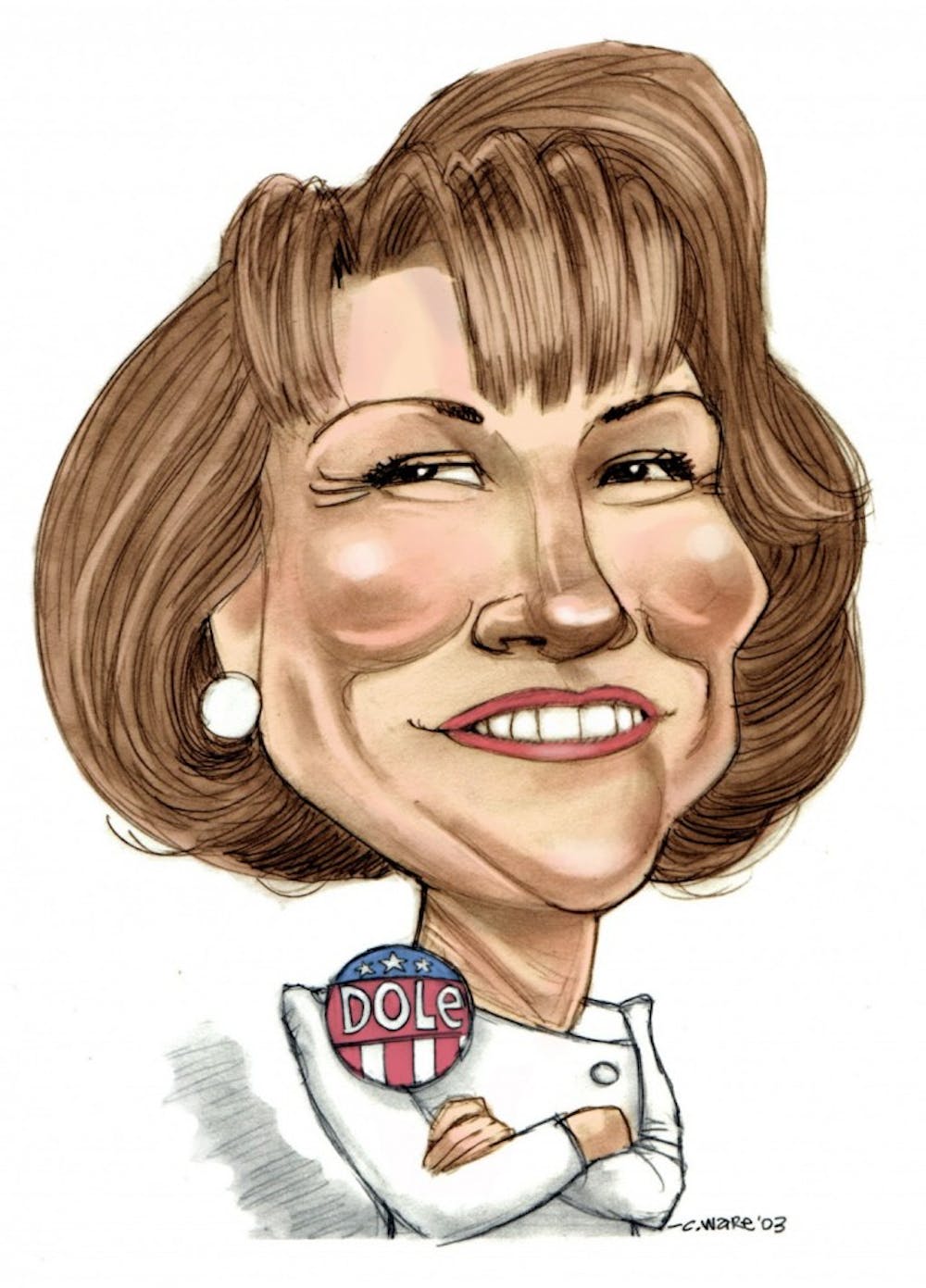 Officials at the Elon Community Church hope to have the expansion of their facilities completed in time for Easter Sunday next year. Construction was delayed but is now back on track. Photo by Elizabeth Everett.

There are few stereotypes in society today that lend themselves to comic impression better than the female politician. Tina Fey and Amy Poehler proved this time and time again as Sarah Palin and Hillary Clinton during the 2008 election cycle. Back in 2011, Kristen Wiig picked up the torch with an outstanding rendition of Rep. Michele Bachmann.

We love to laugh at these women, whose features we can so grossly over-exaggerate, criticize and mock.

But is it just that they are amusing characters, or is it latent sexism, carried over after so many decades of Title X, Gloria Steinem and Susan B. Anthony?

Perhaps it is a mix of both. But as a woman, I think it is shameful that the world may view American politicians of the female persuasion as caricatures.

The truth is, there are women serving in government at every level, continuing to break barriers and project a positive image of the American woman.

So let us not judge a woman on the qualities so often associated with being female, or on her personal life or family because we have no right.

Sarah Palin was an excellent example of this. She was sharply criticized for accepting Sen. John McCain’s offer for the vice presidential candidacy because of her teenage daughter’s pregnancy and her son who has Down syndrome.

But has anyone raised a question about Rick Santorum’s candidacy, a man whose daughter possesses a potentially fatal genetic condition? No. Because even in today’s age, she isn’t considered his chief responsibility.

But never mind the national stage for a moment. Ignore the cameras and unflattering photos on the covers of magazines. What about the countless women who hold seats on school boards, city councils, in-state houses and more?

Often it is these women who have the most direct impact on the lives of their constituents. And at this level, they’re hardly held under a tougher microscope than their male counterparts.

At these levels, people are just people, and the job is the job, gender be damned. If Washington, D.C. and the national stage could only catch up, perhaps we could all get on to the business of fixing our country. You can’t just take any woman with a pretty face, stick her in a pantsuit and put her on a stage with some talking points and hope it goes well.

She has to be committed, determined, intelligent and commanding. The world has to give her a chance, and above all else, stop talking about how she’s a woman.

In much the same way President Barack Obama wasn’t elected for his race alone, a woman won’t gain a high office simply because she possesses a pair of ovaries. It takes more. But I’m confident she’s out there, just waiting for the rest of us to wise up.