Candidate religions should not matter in presidential campaigns 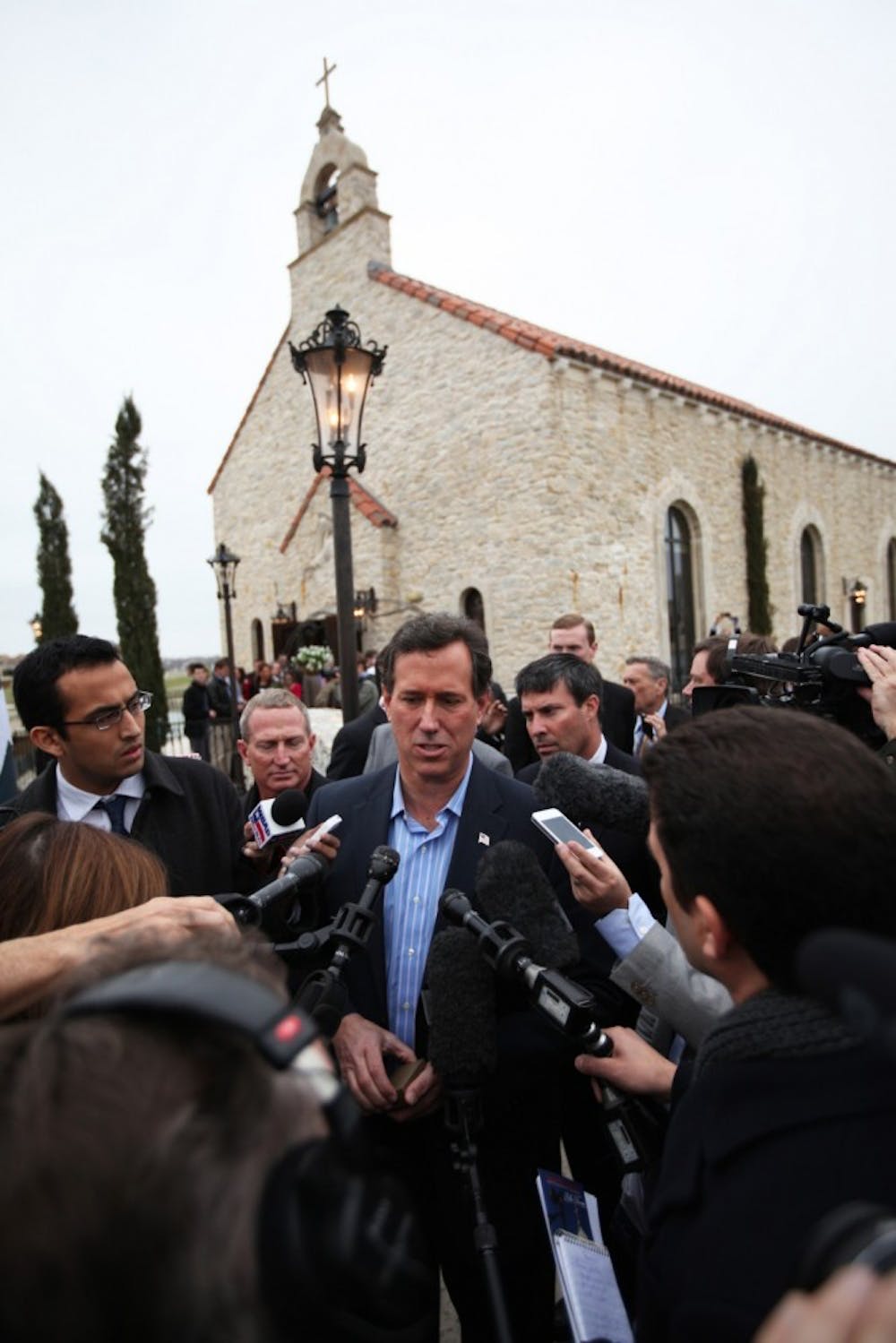 In recent GOP campaigns and debates, it is nearly impossible to avoid one topic: religion.

It is safe to say that a candidate with strong morals and values should be respected for his or her consistency and dedication. Voters of similar faiths are able to relate to a candidate based on coinciding values. But are the candidates really sincere about their religious values, or are their public declarations of faith merely factors to exploit in their campaigns for president? Voters should be focusing more on what their president will do, not the faith with which they identify.

This trend is nothing new - it mirrors the controversies of presidential campaigns in the past. In 1960, debate amongst voters raged as to whether John F. Kennedy’s Catholic affiliation would overpower his ability to defend First Amendment freedoms. In 2008, citizens were skeptical of Obama as a suspected Muslim, rather than a self-declared Christian, largely due to unfounded discrimination against Muslims after the Sept. 11 attacks.

[quote]Ultimately, religion should not be a factor in our candidate’s campaigns. Our country was founded on the concept that our citizens can practice the religion they choose.[/quote]

Today, voters hear Republican candidate Newt Gingrich boast of his  conversion to Catholicism and his anti-abortion stance. Rick Santorum seems to infuse his own Catholic views with his stance on nearly every issue, including his support of reinstituting the “Don’t Ask, Don’t Tell” policy, restricting openly gay and lesbian soldiers from active service in the armed forces. Mitt Romney, a Mormon, stands to gain a following of his Mormon constituents, based on his religious practices alone. In contrast,  Ron Paul is a self-proclaimed committed believer in God, but rarely brings it up in political discussion.

In a time of global economic instability, the conversation on religion’s role in social issues has long been exhausted. In the next crop of voters, America’s youth will undoubtedly be the defining force, and these voters are tired of the social conservatism constantly pushed by GOP candidates. The arguments surrounding the morals of issues like abortion, same-sex marriage and drug abuse are seemingly endless, and it is the responsibility of America’s leaders to acknowledge that and move onto issues that can be effectively addressed, like the economic status of our country.

Ultimately, religion should not be a factor in our candidate’s campaigns. Our country was founded on the concept that our citizens can practice the religion they choose. Our government’s responsibility is to keep this freedom alive, not to allow its members to exploit their own beliefs for personal gain.

Voters should no longer be concerned with how their specific candidate’s religious values shape their values in life, but how their practices will affect their wallets.  In an era of primarily socially liberal voters, conservative candidates do not stand to gain much by flaunting the faith card.