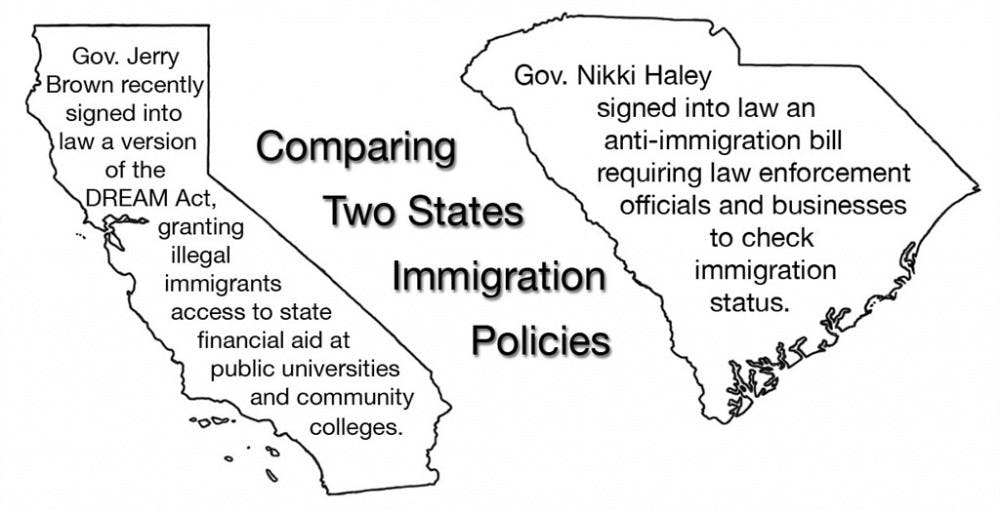 Amid debt debacles and global financial crises, the DREAM Act on immigration has been forgotten by many. DREAM, an acronym for Development, Relief and Education for Alien Minors, would affect millions currently residing in the United States unlawfully, but has taken a back seat to the country's economic problems, according to Adam Short, lecturer of political science.

The bill would give conditional permanent residency to certain undocumented students who arrived in the U.S. as minors, graduated from U.S. high schools and lived in the country for at least five consecutive years.

The students would obtain temporary residency for a six-year period and would receive lawful permanent resident (LPR) status after completing two years in the military or two years at a four-year college or university.

Proposals for the act have been around for 10 years but have never been passed. Short said other issues may take precedence at the time being.

"I would be skeptical of it passing in the next few months," he said. "A lot of things are going to be on hold until after the 2012 election, and I think this is something that will be in that camp."

While the bill has not been implemented on a national scale, some states have enacted similar legislation. Eleven states have passed laws that provide offer in-state tuiton to undocumented immigrant students.

If Congress approves the bill, an estimated 2.1 million undocumented children and young adults in the United States would be affected, according to a 2010 study by the University of California, Los Angeles North American Integration and Development Center. The estimated total earnings of those who could receive LPR status through the DREAM Act would be between $1.4 trillion and $3.6 trillion.

Even though the DREAM Act would affect such a large number of people, many Elon students questioned about the bill were unaware of its details.

Short said the economic downturn probably plays a large role in students' lack of knowledge about the bill.

"The economy really dominates everything right now," he said. "When the economy is as bad as it is, that's the main thing."

But there are some Elon students who know about the DREAM Act through class or their own research of politics.

Freshman Rachel Miller has been studing the act in class and said she thinks it would be beneficial.

"I support it because it encourages immigrants to actually do something productive with their lives in America and get a better education and be successful," she said.

Sophomore Muhammad Musah, who has worked with undocumented high school students, said he agrees with the bill's goals but thinks it could be expanded to include more than just students.

"I think that it's essential that they have the full support of their parents," Musah said. "The problem is that under the DREAM Act, many illegal immigrant parents will have the same status. America would benefit from lessening the restrictions on illegal immigrants by giving permanent residency to all illegals already in the country."