There are 859 people enrolled at Alamance County Community College for the High School Equivalency program, an opportunity for young and older adults alike to get back to learning 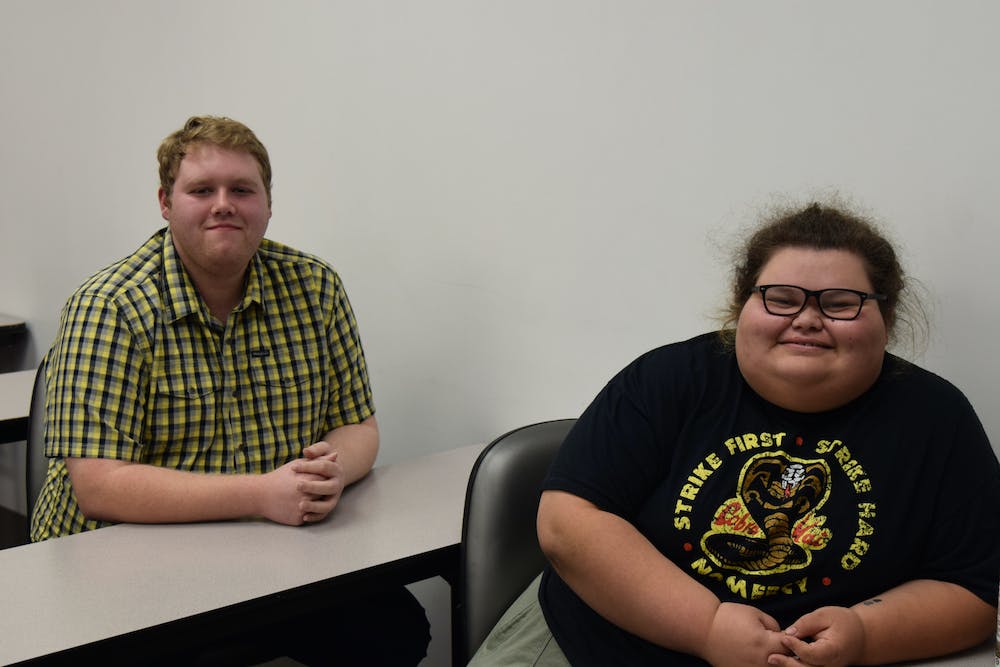 Nicholas Barrett, 22, finished his coursework at Alamance County Community College in the High School Equivalency Program in August. The initiative is for adults to earn their GED diploma through ACCC, where he is one of 859 students enrolled this year.

In a few months, he hopes to enroll in ACCC to pursue his associate’s degree in English, with hopes of becoming a teacher. Both his achievements in HSE and his career aspirations are the result of the last year — and the opportunity to get back to learning.

In May 2023, Barrett will walk across the stage and accept his diploma. But what he is most excited for is getting back in the classroom next August.

Students like Barrett leave the classroom for a number of reasons. From trauma endured in childhood that impacts their ability to learn into adulthood, to hardships and challenges later on in life, dropping out of school and ending the stereotypical path to learning happens across the country, every day.

Students in North Carolina can drop out of high school at age 16, when most students are in 10th grade. In the 2020-21 academic school year, nearly two students in every 100 dropped out of school — a 27.1% increase from 2019-20, according to the North Carolina Department of Public Instruction. Male students accounted for 63.3% of all dropouts.

For Barrett, dropping out of school was a choice he made not for himself, but for his younger sister Miranda.

Barrett grew up with parents who battled alcohol and drug use, which impacted his and his sister’s childhoods. He decided that to better support Miranda, he would drop out of school and work full-time.

“She’s the most important thing in my entire life, she always will be,” Barrett said. “Her successes are my successes. That’s really something that keeps me going in life.”

Antonio Purefoy, a student at ACCC studying to earn his GED diploma, dropped out of high school as well, following his mother’s death in 2018. His attendance began to suffer, his grades fell and he lost his passion for sports, specifically basketball.

“Like a lot of people, my family encourages education. So, leaving high school, it left a little bit of a disappointment in my parents,” Purefoy said. “But when most people would just be done with it right then and there, I still wanted to pursue higher education and further my career. So, I decided to get my GED.”

Purefoy is one of an increasing number of younger students taking HSE courses. Instructor Baron Torres said ACCC is already starting to see an influx of younger students, which he believes will only increase in the coming months.

Purefoy said he was resistant to the idea of taking HSE courses at first.

“From what I had heard about it at first, a lot of people said taking the GED was pretty much taking the easy way out,” Purefoy said. “I didn’t want it to seem like I wanted to take a shortcut through life.”

Purefoy’s initial thoughts on the GED diploma preparation courses are not unusual — Aimee Gordon, HSE and Adult Basic Education program Coordinator at ACCC, said she often runs into misconceptions about adult learning in her role.

“A lot of people just kind of immediately connect that to lazy, or they just didn't do what they were supposed to do kind of the first time around,” Gordon said. “When you hear these people's stories and you hear the things that they encountered and the things that they have now overcome, these are some of the hardest working, most wonderful people who are really committed to bettering their lives.”

While Barrett said he was originally nervous to start classes, he decided to go back to school after seeing his cousin, Hattie Cox, try HSE classes. When he joined the class at the CityGate Dream Center — a community center in downtown Burlington — he sat right behind Cox and the pair supported one another throughout the classes.

“It kind of opened up a different life for me, essentially,” Barrett said.

On Barrett’s first day of class last year, he said he remembers quickly realizing that he never learned how to divide — the lesson the class was learning the day he walked in.

“When you start at a normal class, you don't go back to what you think you'd be learning,” Barrett said. “I was very lucky because I turned to a girl in class, and I was like, ‘I don't know how to divide,’ and she, no hesitation or anything, she got right up, [dragged] her chair over to me, and she stepped up and retaught me how to divide.”

In HSE classes, the curriculum is geared toward the end goal of taking the four subject tests. The GED diploma is the certificate one can earn based on the tests and is open to people 18 years of age or older.

Instructor at ACCC Bennett Yancey said when he plans his lessons, he is intentional with the material he presents, as he knows that each and every student in his classroom took the time to be in class.

“They’re working, have families and stuff, so their time … is very valuable,” Yancey said. “I never want people to come in and feel like they wasted their three hours in class.”

Especially in today’s job market, Yancey said he understands the pressure students are under to obtain their GED diploma.

“Years ago, you could go a while without having a GED, but now you basically have to have that,” Yancey said.

Barrett said he remembers the day he found out he passed his first test. While others in his class got their results just a few minutes after they finished, Barrett’s result took over an hour to come in.

After his first success, Barrett began taking tests every few weeks and finished the program Aug. 11, just ten months after starting in 2021. Now, Barrett and Cox hope to graduate together in May, walking across the stage to receive their diplomas just a few names apart.

Even as he thinks ahead to the next steps, Barrett said he is still thankful for the people in his life who pushed him to pursue his GED, and the opportunity to pursue it at ACCC, something he hopes anyone wanting to go back to school considers doing.

“People kind of put it off for so long. I feel like everybody gets this general idea that they want to go back to school, but then when it comes down to it, they make excuses,” Barrett said. “If you can stop psyching yourself out of it and just jump right into it, you won’t regret it.”