Even while studying abroad in Europe, Elon students are voting in the midterm election Nov. 8 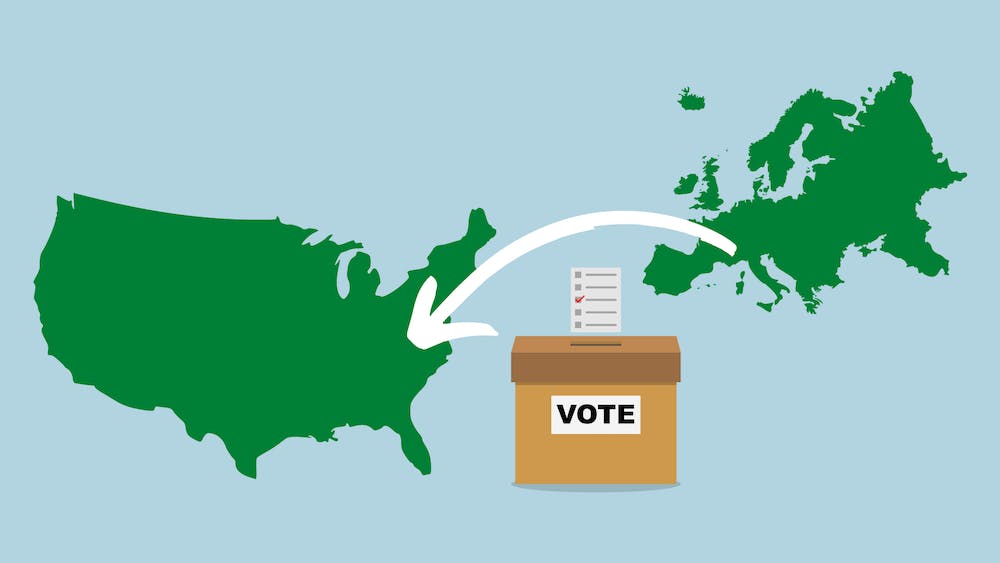 
In this year’s midterm election, students abroad are sending their ballot thousands of miles away from home.

When Elon University junior Caroline DiPesa was growing up, her mother worked at their local polling place in Massachusetts. From a young age, DiPesa said she understood the importance of voting.

Now, living more than 3,000 miles away abroad in Copenhagen, the political science major still wanted to do her civic duty.

DiPesa said she often gets frustrated when she learns people are not voting — something that means so much to her.

DiPesa’s distance from home granted her the ability to fill out her ballot online, a process she said was simple. But DiPesa recognized that not all who study abroad take the time to vote.

“Not a lot of my friends care about it and some people wouldn't even vote at home, so to go the extra mile and actually work to obtain a ballot here is probably a stretch for people,” DiPesa said. “Even though it's not as hard as it seems, I was lucky enough I could fill it out online. It wasn't anything that was too much work, but I feel like a lot of people don't care.”

“There's so many resources that make it very easy for people to do it, so you might as well. Even though we're abroad right now, it's only three months. We're going back, and I think it's something that everyone should keep up to date with because especially now, politics in America are so important because there's so much at stake.”

Junior Grace Ackermann is studying abroad in London for the semester and is registered to vote in her home state, Florida.

She said her parents mailed her ballot to London, she filled it out, and then mailed back to the U.S. She said this was an easy process, but not a lot of people that she’s met with took the time to do this or another method.

“If some of these people were home, they would be more likely to vote because I know some people that I'm with are pretty passionate about certain politics,” Ackermann said. “I'm wondering if it's the being abroad that has kind of been an obstacle, but I also just think I'm with people who aren't maybe as educated or as interested in politics, and I feel like that could just be our age demographic.”

Ackermann said sometimes people have opinions, but they don’t act on them.

“It's just tough at our age,” Ackermann said. “I feel like you're either into it or you're not, and a lot of times, people have their opinions but maybe don't carry through with the actions to see the outcomes of those opinions. I wish we had more engagement. That's something that makes me upset that people don't vote as much as they could or should.”